There’s a little colony of kitties that lives on one of the streets on Nob Hill near where I live. I’ve posted pictures of some of them once or twice before (though I can’t immediately locate them among the two thousand two hundred and eleven posts I’ve made on this blog. But I’m pretty sure I haven’t posted these two kitties before, because the other ones I’ve seen ran away when I saw them, whereas these two came up and demanded attention.

They were both pretty skinny, but I’m pretty sure they get fed regularly. They were also both pretty battered, and the fluffy one was missing both eartips. 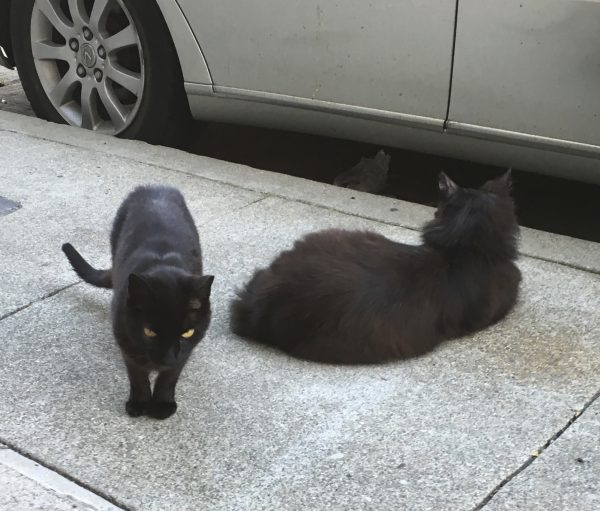 I think that is my favorite eye color for a cat. So gorgeous. 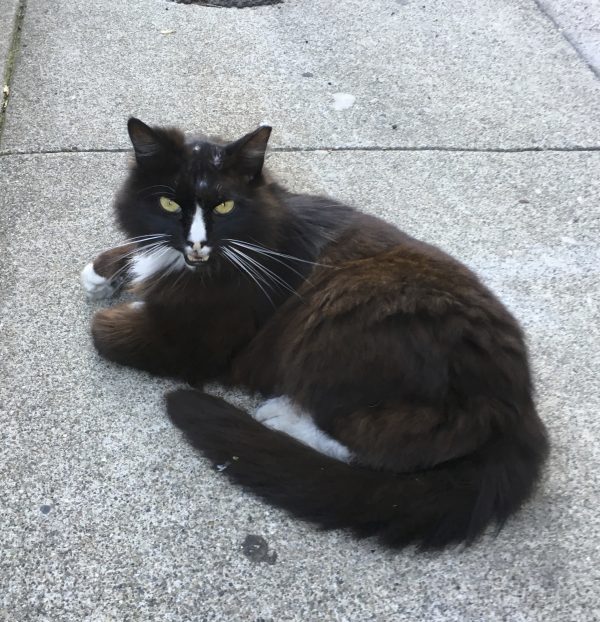 Very pretty fur, although some of it was a bit mangled due to old scars.

This entry was posted in Caturday Supplement and tagged Cat, Near Home, Nob Hill. Bookmark the permalink.