I was walking down the street this weekend, and I saw a floofy gold-and-white lump under someone’s bench, so naturally I said, “Ooh, what kind of dog is that!” And the dog’s owner said, “Hey, I know you, you’re that dog blog guy! And you took a bunch of pictures of my Moxie here last year and you never posted any of them!” And I was like, “Oh my God I am such a horrible person.” All the while wondering how I could possibly have not posted any pictures I had of such an amazingly distinctive and awesome dog.

Moxie wasn’t any too happy with me either. I hear she always has a big canine grin, but she didn’t grin at me one little bit! Still cute, though.

So this evening I went through my pictures, and wouldn’t you know it, I did have a bunch of pictures of Moxie, but they’d been moved from the ‘to be edited’ folder to the ‘too blurry to post, too cute to discard’ folder. Poor Moxie was a victim of her own happiness… she never slowed down for long enough for me to get a clear shot. Fortunately, I got a few of her this time, and I’ll post one of the blurry ones so that you can see what her grin looks like. Kinda. 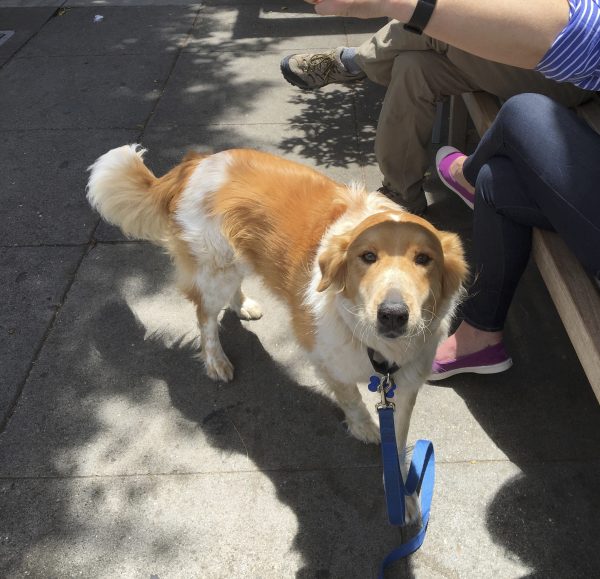 The coat colors remind me of a Nova Scotia duck-tolling retriever, but the markings are totally different. 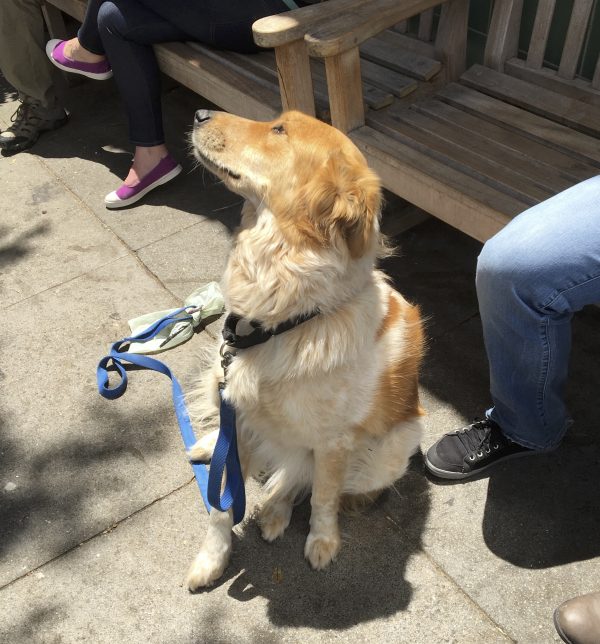 Except she’s a lot bigger than a toller. As big as most dogs I’d guess she’d have been mixed with. 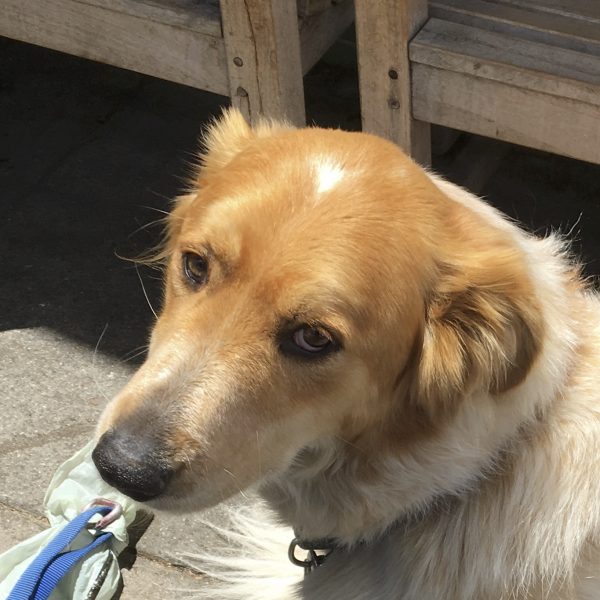 I just realized, she doesn’t look like she has an especially large ‘Occipital protuberance’ (i.e. a big bump on top of her head). That’d be a bit of evidence against her being a half-golden. 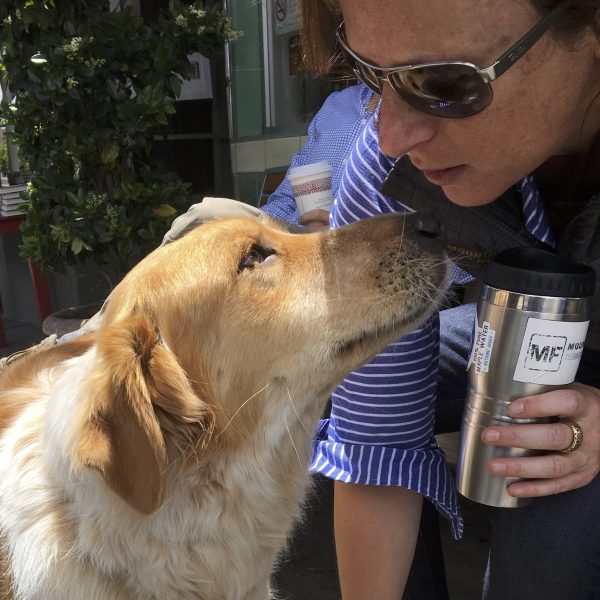 I dunno, those ears are such golden ears, though. 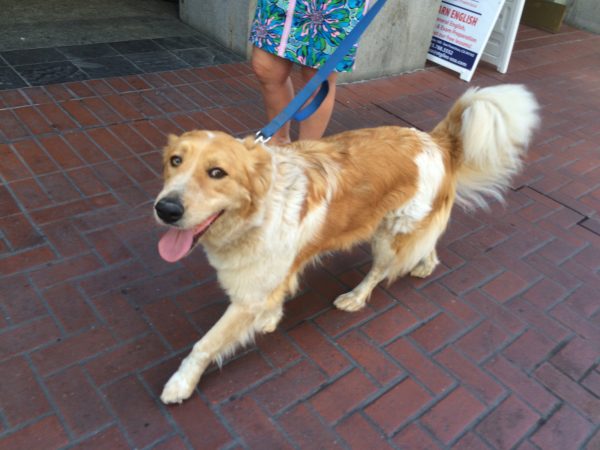 This is probably the least blurry picture I got last year. Hey, it was cloudy! (1/30 of a second shutter speed.)

This entry was posted in Dog of the Day and tagged Australian Shepherd, Fillmore, Golden Retriever, Mixed Breed, Pacific Heights. Bookmark the permalink.