A light post tonight, because I just got back from a concert and it’s already almost 2 AM. It took me 2 hours to get there, and an hour and a half to get back, and the concert lasted just over three and a half hours with a half-hour break. Which means there was more driving than concert. Plus I got two vaccinations and had blood drawn today, and am having some kind of allergic reaction to (probably) one of the vaccines.

And it was all worth it. Having Lunasa and Martin Hayes & Dennis Cahill on the same stage in the same night… well, it’s like having the faces of both Jesus AND the Virgin Mary burned into the same piece of toast.

I’m sorry, that may have been somewhat tasteless. But anyway, you get the idea.

So here. Have a cute pup for the evening, and I’m going to sleep. Just the one picture. 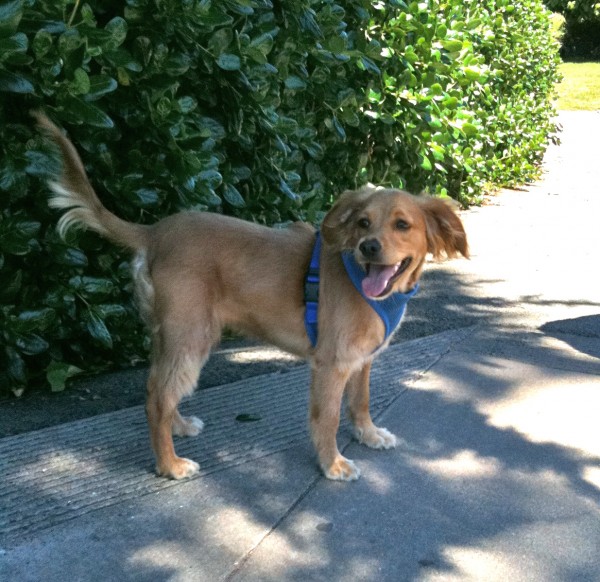 That's a pretty powerful package of cute. Hope it's enough for you for tonight.

This entry was posted in Dog of the Day and tagged Golden Retriever, Mixed Breed. Bookmark the permalink.