Sunday Switchup: A Boy And His Snake

Lucy the ‘blood python‘, to be exact. She’s 3, and about 10 pounds and 4 feet long tail-tip to tongue-tip. I was riding along in the bus on the way to work one morning, and I looked out the window and there was this guy and his snake, so I said ‘heck with work’ and got out and took some pictures. Still got to work a lot earlier than some of my coworkers who shall remain unnamed. 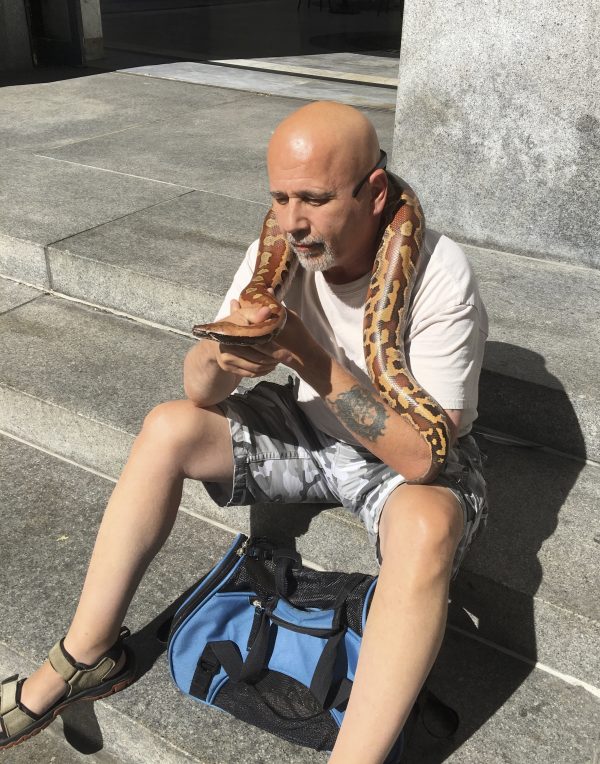 Hey, if I had a snake I would totally take her out for a stroll. Or a slither. 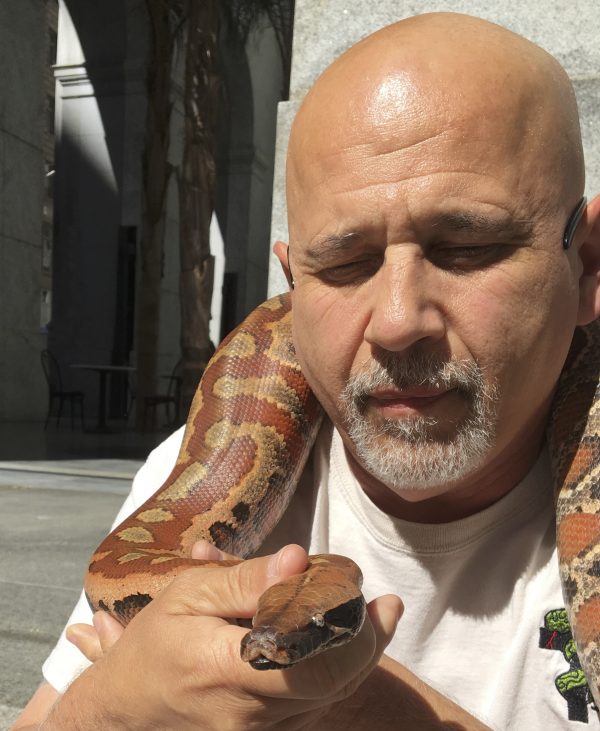 When I was in college I had a girlfriend who had a snake. She was fun. (So was my girlfriend. Of course. But I’m just saying.) 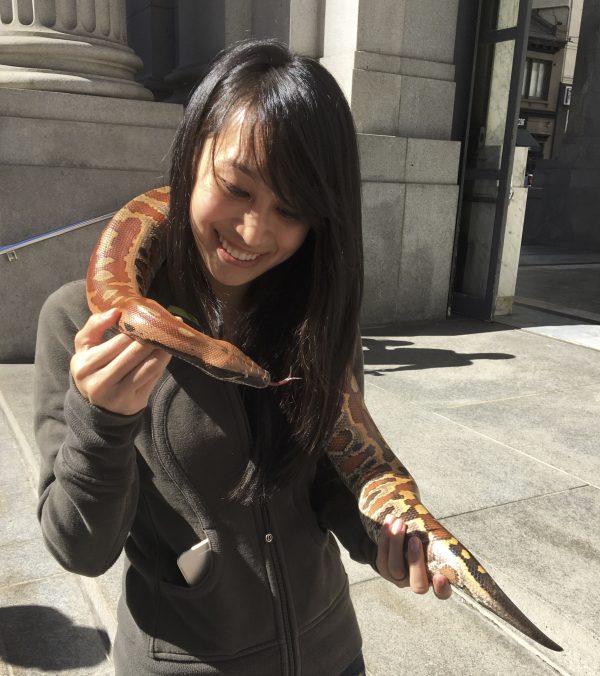 She just wandered by with her boyfriend or husband. When the snake’s owner asked if she wanted to hold her, she immediately accepted. Her companion, on the other hand, was sooo not into the idea. Aren’t stereotypes fun?