Dog of the Day: Coco the Wheaten Terrier Poodle Mix

Coco, also known as @sf_whoodle on da instant-grahams, came and visited us poor dog-deprived people in our new office. Our old office had occasional doggie visitors, Henry and Greyson, but we have not been so lucky in our new place. Until Coco, who apparently is a regular downstairs from us, came by to say hello. 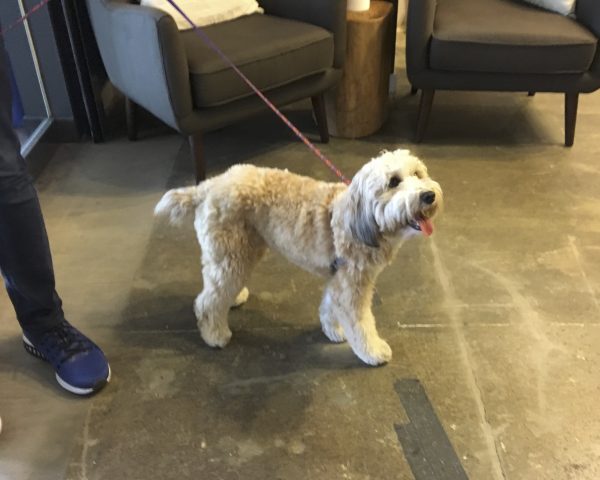 Does anyone else think it should be ‘Wootle?’ 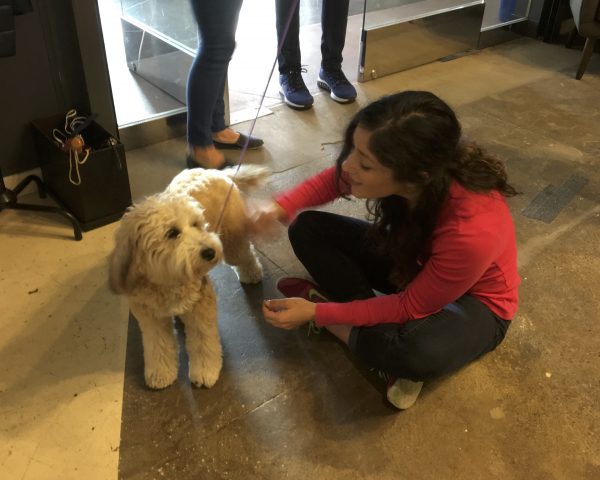 I love it when the dog is holding still, but the human is moving too fast for the camera. 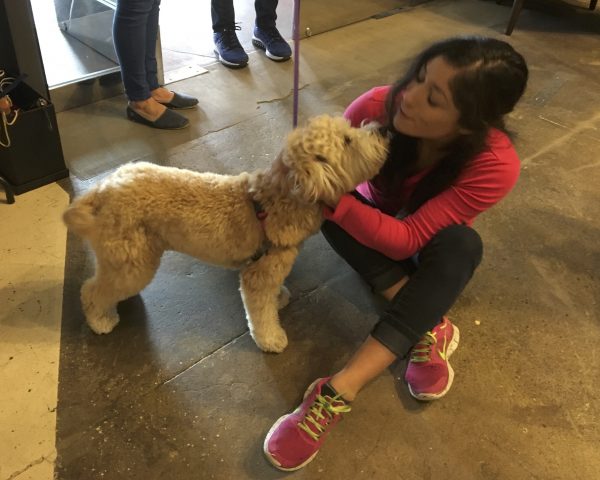 One of my coworkers, who shall remain nameless unless she chimes in in the comments.

This entry was posted in Dog of the Day and tagged Mixed Breed, Poodle, Soft-Coated Wheaten Terrier, SOMA. Bookmark the permalink.