Blah. DoSF server faw down go boom. A disk which shouldn’t have been storing nearly as much as it was ran out of room. On the up side, this led me to discover that all of my backups were being kept on the disk that the originals were on as well. (Not as bad as it sounds, since it’s a RAID, but there’s always the possibility of catastrophic failure.)

Unfortunately, this has burned right through my ‘sit around and decompress from work and school’ and eaten well into my ‘post cute dog pictures’ time. So only one picture for today. I think you’ll like it, though. 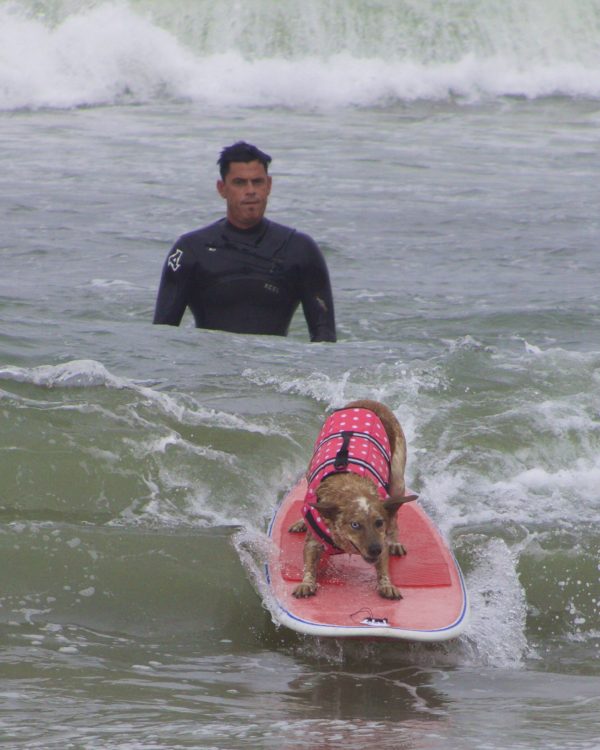 Look at the dog’s face. That dog is utterly focused. Unfortunately, as it turns out, that dog is also sliding forward on the surfboard (note the lack of non-slip pads where the front paws are.)

This entry was posted in Dog of the Day and tagged Australian Cattle Dog, Pacifica, Surfing, World Dog Surfing Championships. Bookmark the permalink.

2 Responses to Dog of the Day: Surfing Pup Preview