Dog of the Day: Golden Reindeer

Today was SUPPOSED to be pictures of an adorable dog that I dogsat while I was on vacation/sick. Except I had a wee bit of trouble importing the pictures. Sigh. I did finally get them, but now I don’t have time to edit them. So have a couple of pictures of one of Autumn’s family’s awesome golden retrievers with a nearly-equally-awesome hat.

From zero last year, I have gone to having three benefits-related debit cards this year. Three. Am I alone in thinking that this sort of thing is starting to get just a wee bit ridiculous? 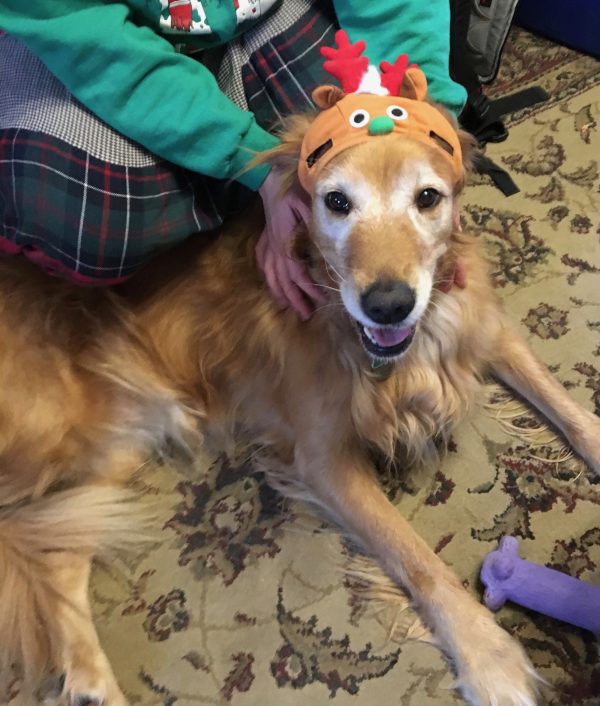 Yes, those are earholes. But we didn’t manage to get the floppy golden retriever ears through them. Alas. 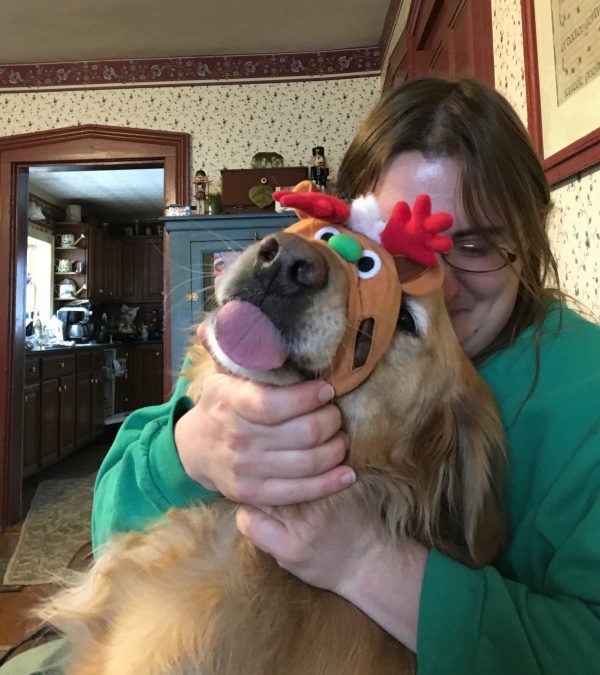 This looks mean, but it is actually the kind of thing this dog enjoys most. SUCH a goof.

This entry was posted in Dog of the Day and tagged Golden Retriever, Indiana. Bookmark the permalink.