Dog of the Day: Austin the Amazing Goofball

So I spent a week dogsitting for Austin (8!) over Christmas break. And even though I was sick for pretty much the entire time, I still had a blast. (I was mostly recovered the last couple of days, as you’ll see.)

You’d never know Austin was 8. He spent a fair bit of time resting while I was there, but probably less in total than I did. And he managed well over seven miles in one day, including a five mile hike that went up and down a bunch of hills and ultimately up to the top of Tank Hill. And as soon as we got to the top, he immediately decided that leaping around and playing tug-of-war with his leash was high on his agenda. I was winded. Him? Not so much. Nor was he at all fazed the next day.

Oh, did I mention he’s really well trained? When you tell him to heel he mostly actually pays attention and walks next to you and if he gets distracted it’s usually only for a second or two?

In short: Austin is Awesome! 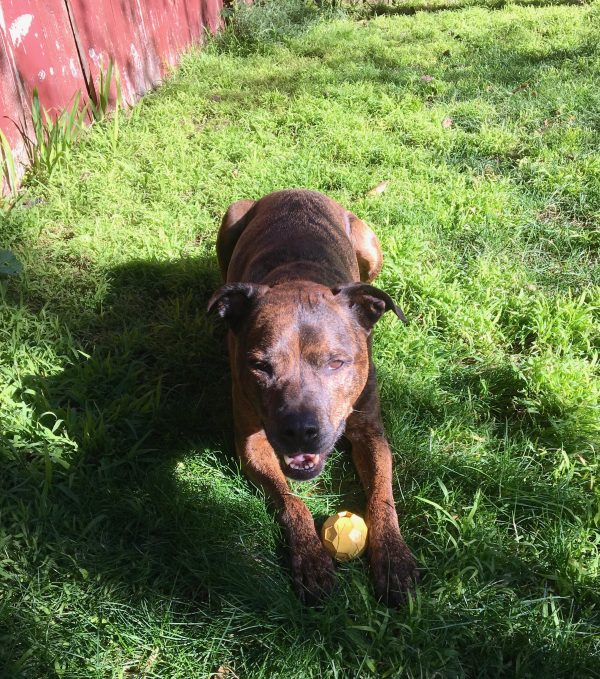 He loved fetch, and was actually very good about bringing the ball back and even letting me have it. As long as I asked nicely. 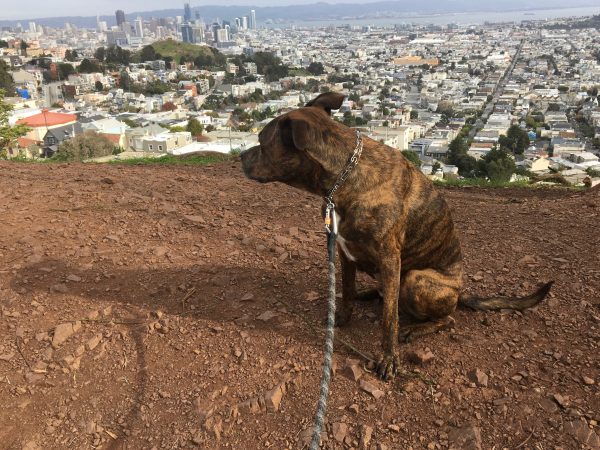 This is from the top of Tank Hill. I’d never been up there before. 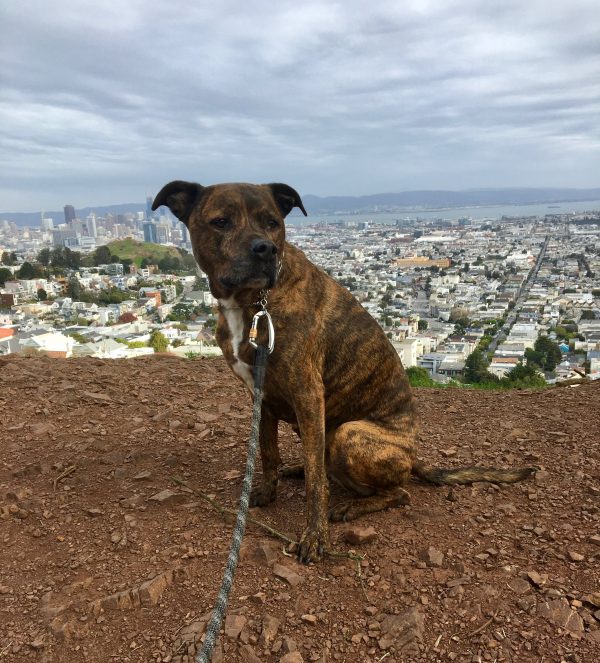 Where I *really* wanted to go was up Twin Peaks with him, but the cold just didn’t quit in time. 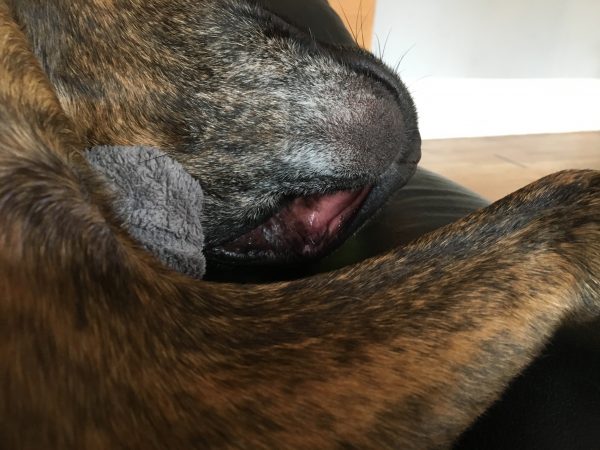 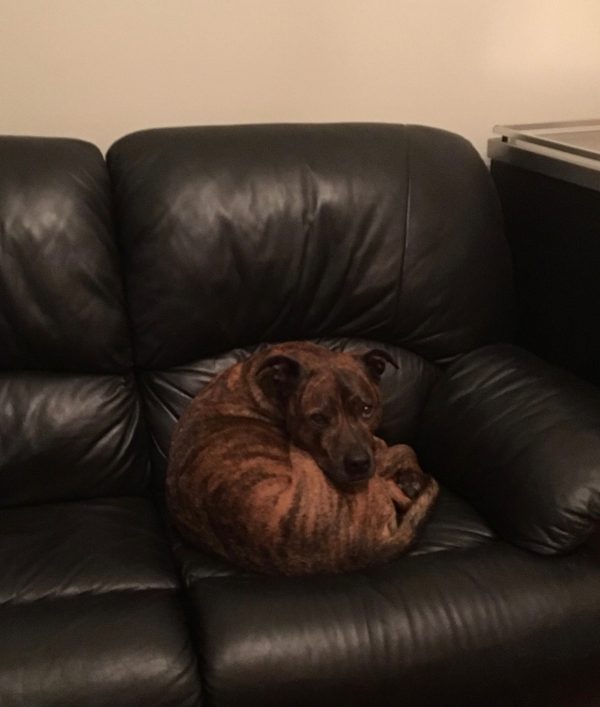 This was his default reaction whenever I wasn’t playing with him. Curl up and look just a tiny bit sulky.

This entry was posted in Dog of the Day and tagged Lower Haight. Bookmark the permalink.

4 Responses to Dog of the Day: Austin the Amazing Goofball