Dog of the Day: Herbie the Adoptable Rottweiler Mix

I admit it, these pics aren’t great even by my low standards, but I wanted to post some pictures of Herbie just in case anyone’s looking for a pup to adopt. He’s super-sweet and gentle, and even managed to lick my hand despite the floral print muzzle he was wearing. (Dogs have to be muzzled on MUNI, so it’s nothing personal.)

If you like his looks, check him out at Muttville, where he is listed as ‘Herbie 2‘.

Trying something new today: both pictures are above the fold, and I’ll put the second one from today below the fold tomorrow when I post a new one. Why? Because of the 50 to 100 people who visit my web site every day (hi!) more than 95% of you only visit the front page. I was putting things below the fold in the hopes that people would comment more, but instead it just meant that nobody was seeing them, so I’m giving in to the inevitable. Please do comment if you have a mind to, though. [And now, a day later, I’ve added the jump/fold/break/thingie, below. We’ll see how the new method works out.] 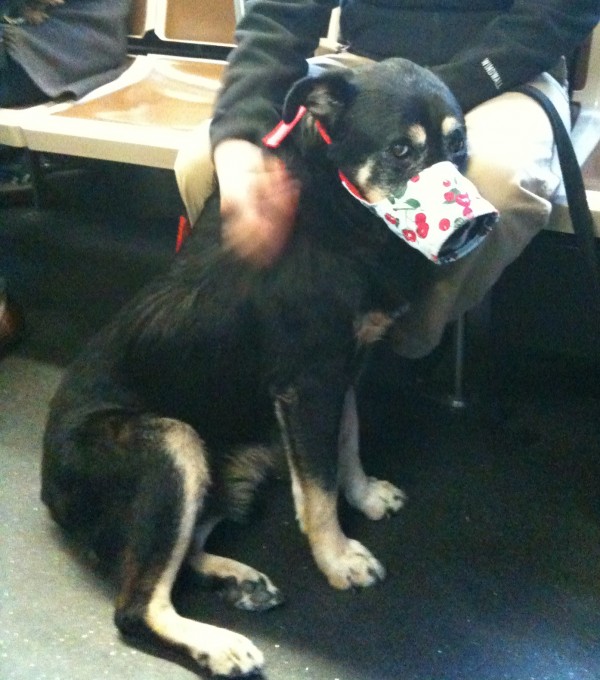 Among other things, Herbie is a total ham, and one of the most photogenic dogs I've ever seen.

And here’s the jump. Below it is the second picture. 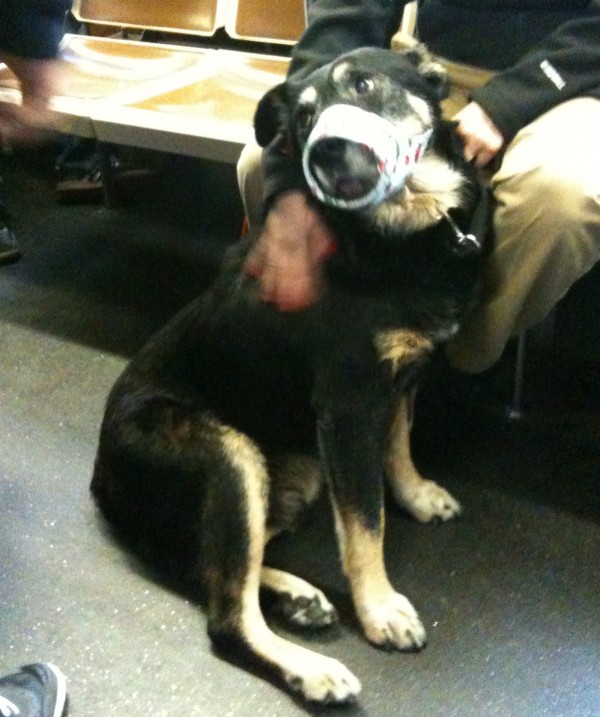 See? And I have a half-dozen more, all in awesome poses, all ruined by crappy lighting and camera.

This entry was posted in Dog of the Day and tagged Adoptable, Mixed Breed, Rottweiler. Bookmark the permalink.