The triumphant return of Adam’s laptop is almost immediately followed by the triumphant return of… well… this ridiculous 8-week-old puppy! Who, by the way, doesn’t have a name yet, as she had only been picked up the day before when I got these pictures, but you can call her EEEEEEEEEEeeeEEeeEEEE!

Her Frenchie friend is 3, and is named Gus. His dad is a police officer, and he is an emotional support animal. He spends the day at New Century Bail Bonds, across the street from the courthouse and county jail, while his dad works. I can’t vouch for their services personally, having not had occasion to use a bail bond company in recent memory ahem ahem, but any place that lets a dog like Gus hang around all day is probably an all right establishment. 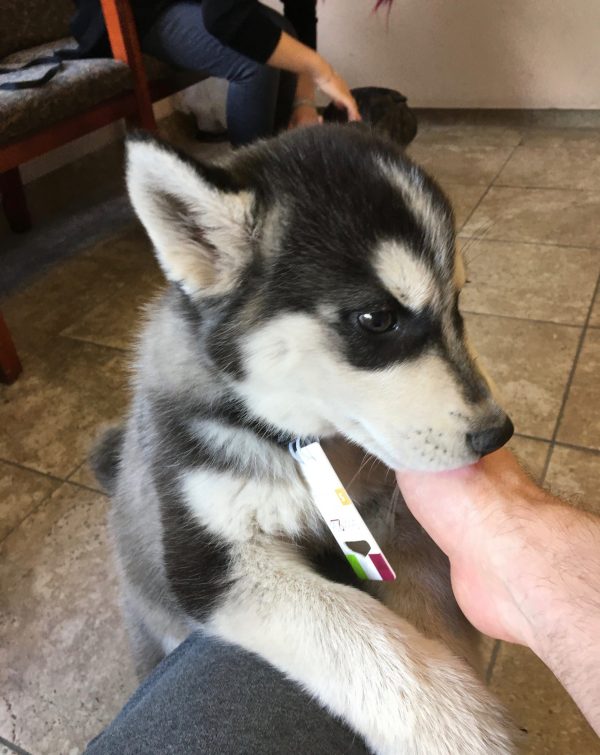 It sounds like this pup, whatever her name turns out to be, might be hanging out here during the days too, at least sometimes. 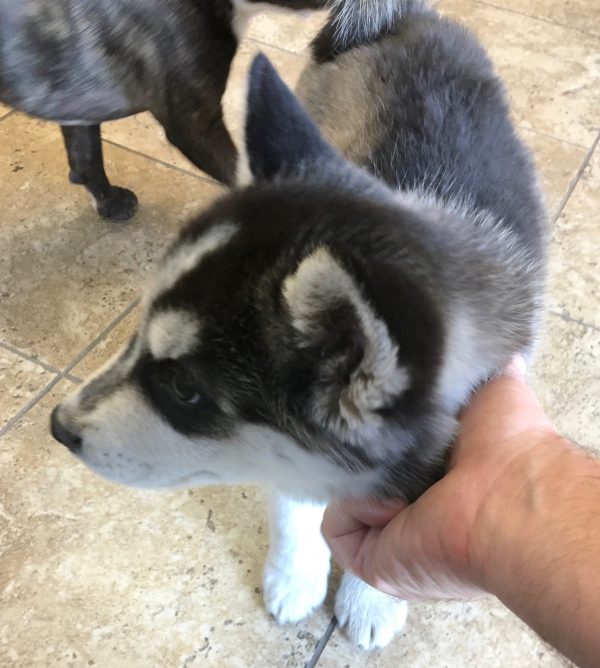 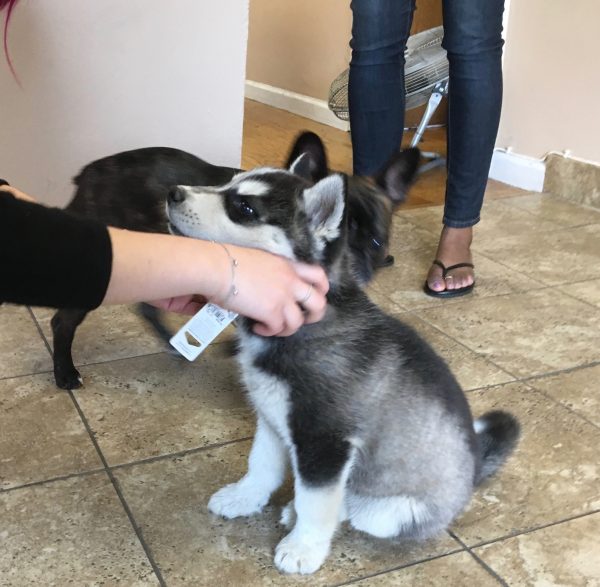 That’s mom’s hands. She works at a local sushi restaurant, so obviously the pup can’t stay with her during the day. 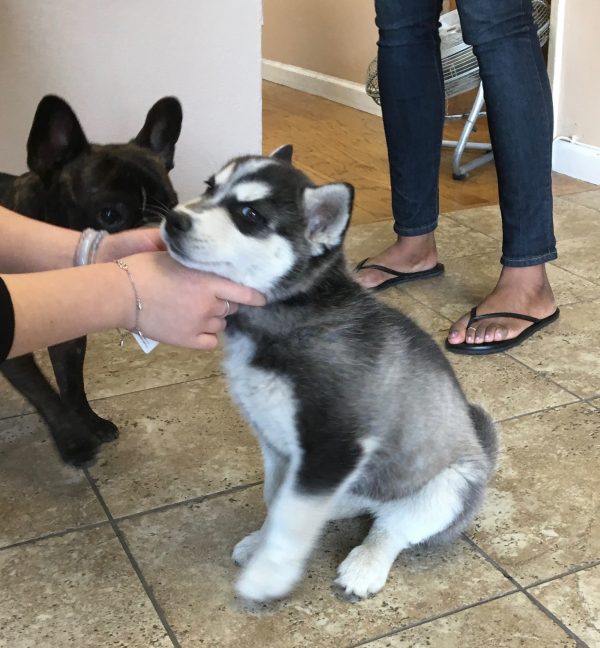 And, well, the bail bond place is right around the corner, and tends to have a lot of down time, so… 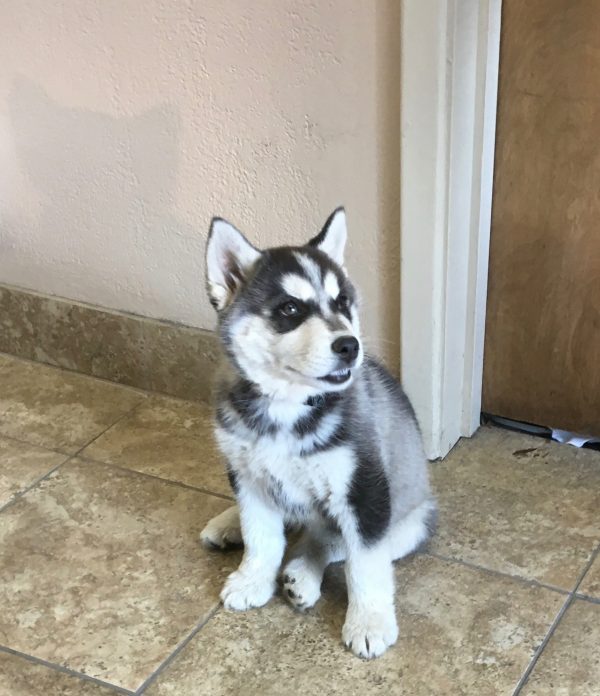 At exactly the age where they look most like stuffed animals. 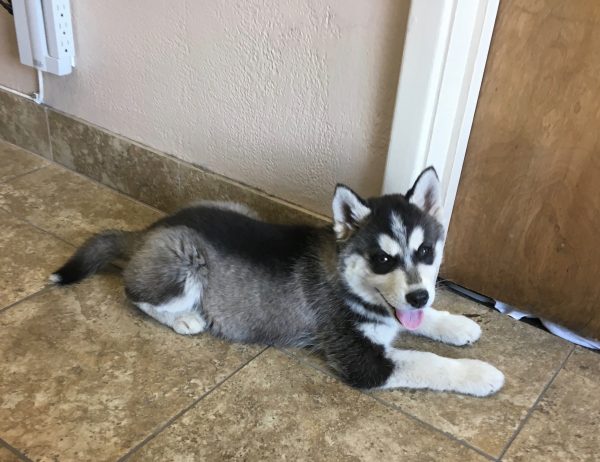 A stuffed animal with sunglasses. 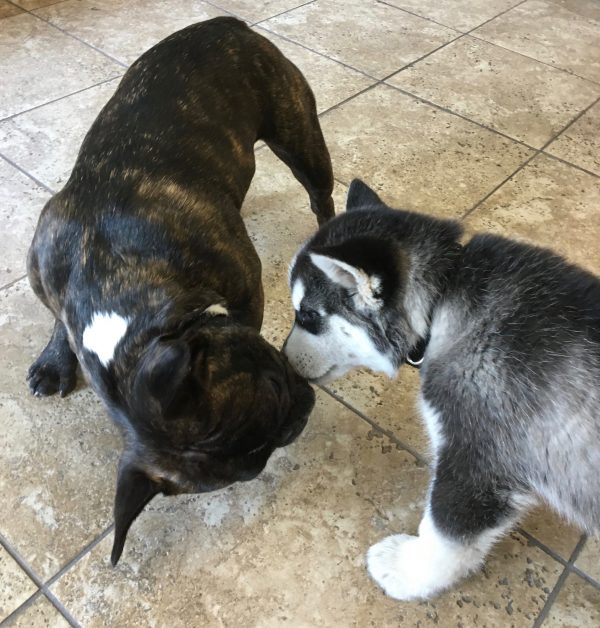 They spent the entire time I was there alternately sniffing and playing. 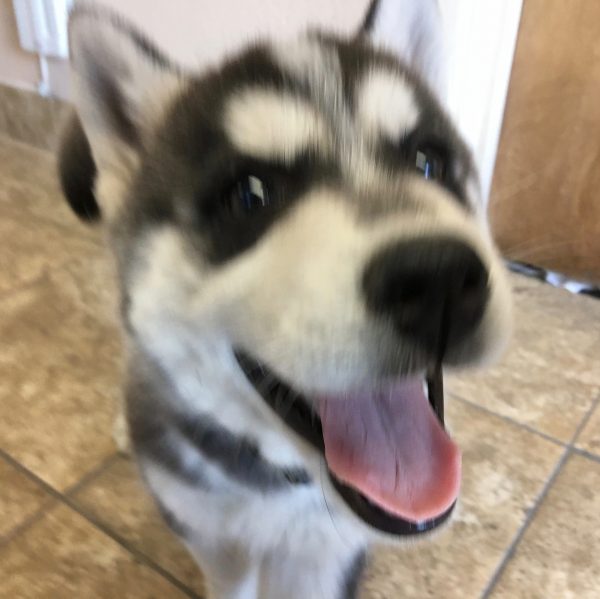 Argh. If there were a single picture that I would pay money to un-blurrify, this might well be it. It is SO PERFECT.

This entry was posted in Dog of the Day and tagged Puppy, Siberian Husky, SOMA. Bookmark the permalink.