Dog of the Day: Cockadoodle

I don’t have any notes for this pup, but I remember her: she was 7 months old, and I thought she was a goldendoodle at first. I was corrected: it turns out she is half cocker spaniel and half poodle, and isn’t going to get much bigger than this.

I know, I know, the normal name for that is ‘cockapoo’ but I have always thought that was one of the worst names in the dog world. I vastly prefer ‘cockadoodle’, and this is my blog, so there! 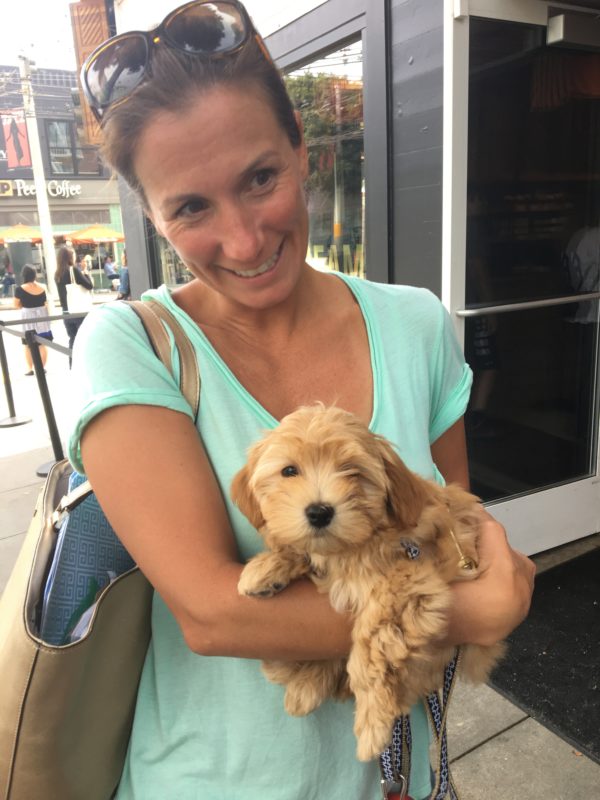 She’s seven months old now. I doubt she’s going to get much bigger than this. 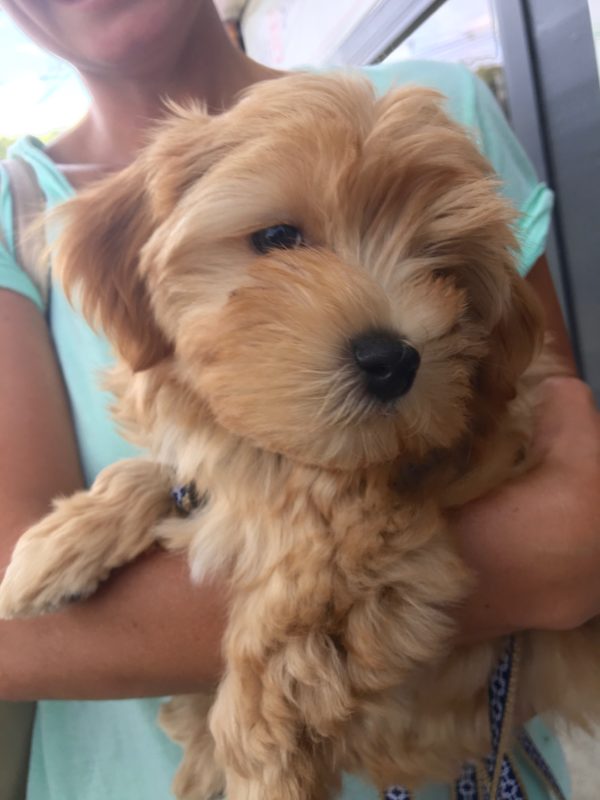 Which means that she is basically going to be an eternal goldendoodle puppy. 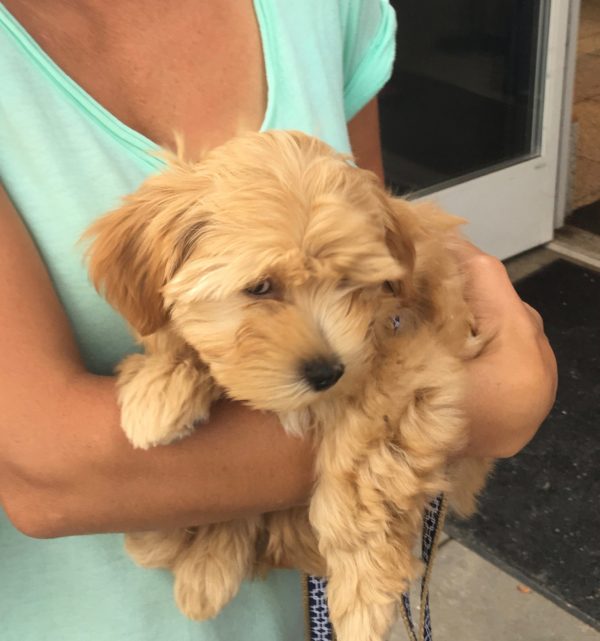 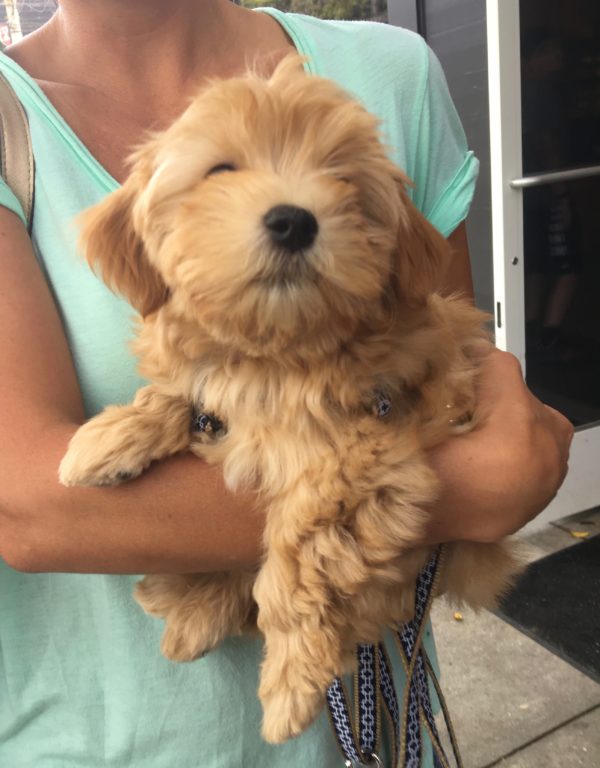 And this goofy-looking expression.

This entry was posted in Dog of the Day and tagged Cockapoo, Cocker Spaniel, Mixed Breed, Pacific Heights, Poodle. Bookmark the permalink.

4 Responses to Dog of the Day: Cockadoodle