Dog of the Day: Dill the Miniature Australian Shepherd Puppy

It must be a spring thing: I’ve been running into so many puppies lately! And thank goodness for that, they’ve been keeping me going. In this particular case, I was on my way home from work last Friday and I saw this woman’s back, and there was something fluffy poking out from the side. And I ran to catch up and it turned out to be a @minidoseofdill!

You need to visit that link. RUN. DO NOT WALK.

Anyway, Dill is 14 weeks old or so, and he is… shockingly huge for a miniature Australian shepherd puppy of that age. Most mini Aussies don’t get much bigger than he is now. So I have my doubts whether he’s really a mini. Fortunately they live near me, so I might well be able to see how big he gets. 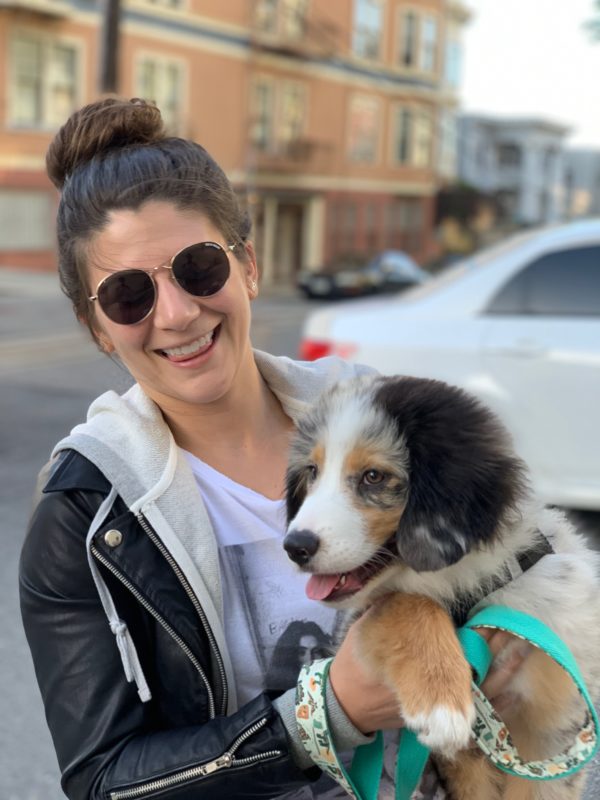 You need to look at the two of them. THEY HAVE THE SAME GLASSES. AND THE SAME TONGUE ‘BLEP!’ 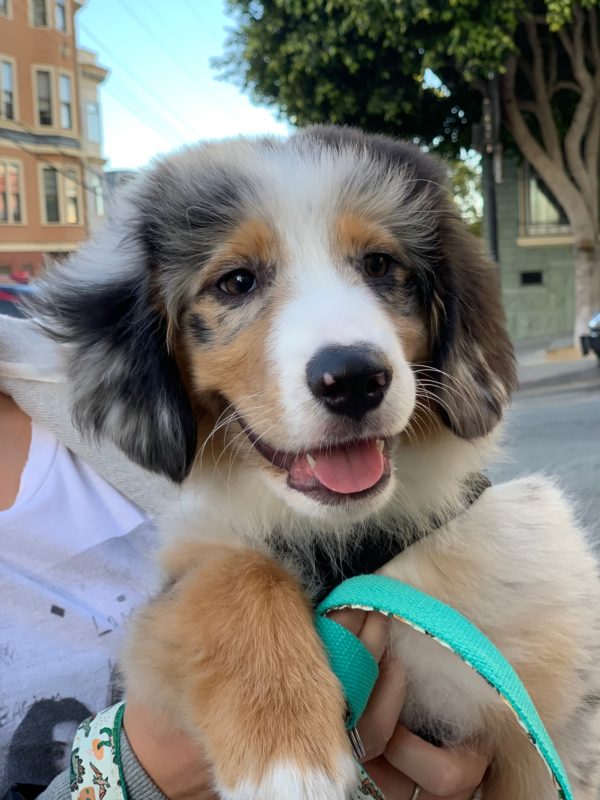 The iPhone’s portrait mode mangled several similar photos to this. Have to get used to vetting them before I upload them to my Mac, because while they’re still on the phone I can fix them. Stupid. Should be able to after I download them too. 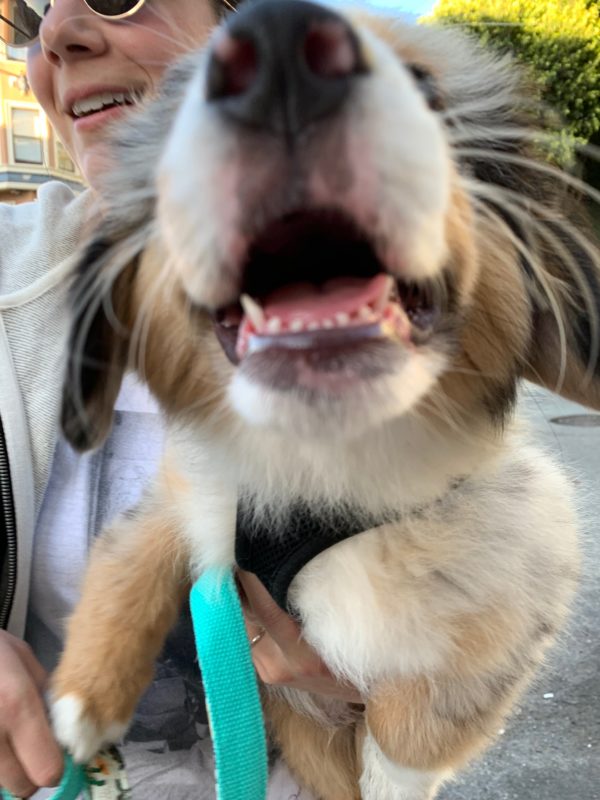 Dill was mostly quite well-behaved. Mostly. 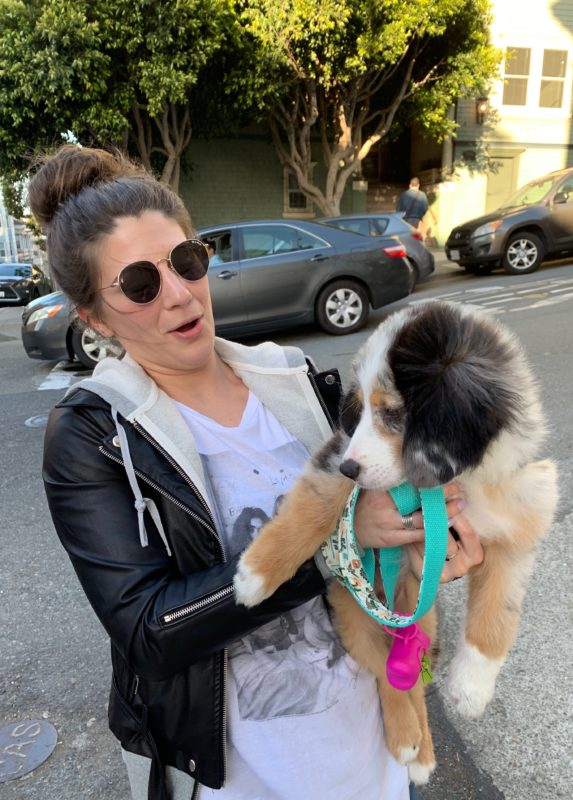 These two are going to be a force to be reckoned with. (Also LOOK AT THOSE PAWS. BIG! BIG BIG BIG!)

This entry was posted in Dog of the Day and tagged Australian Shepherd, Near Home, Nob Hill, Puppy. Bookmark the permalink.