The gentleman/dog in the picture is ‘The Dog Man’, who apparently hangs out in the touristier areas of San Francisco with his pups and charges for pictures. Well, I was game. The dogs are: Daisy (dalmation), Ernie (rat terrier), and Pickles (chihuahua/papillon).

The second picture is the first appearance (so far as I can recall) of me on this site. Hooray! Or something! 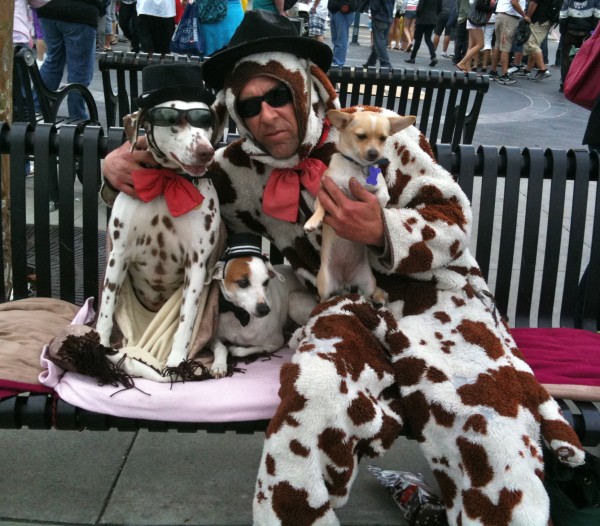 The dogs look a little bored. Well, they were. Why? Because they wanted to be down off that bench meeting all those EXCITING PEOPLE! 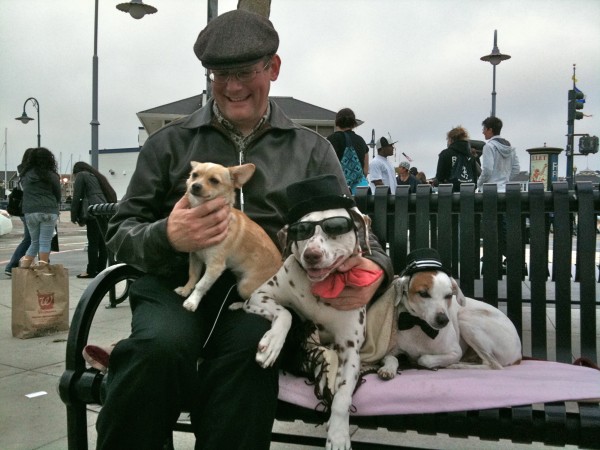 A trio of sweethearts. Not shown: the Chihuahua abruptly turning around, reaching up, and licking my chin. 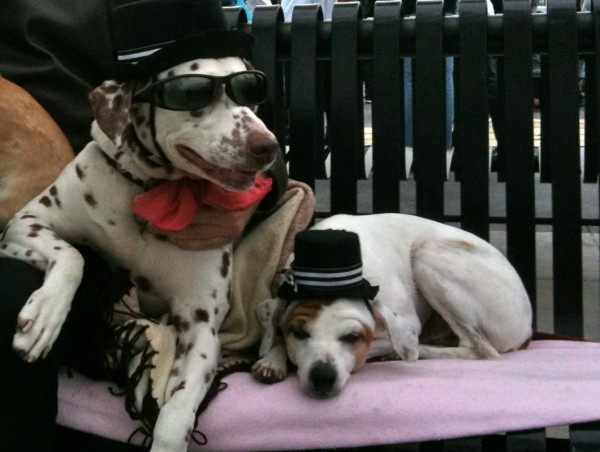 I'm normally against clothing for animals, but I have to admit, the little hat really makes the picture.

This entry was posted in Dog of the Day and tagged Chihuahua, Dalmation, Papillon, Rat Terrier. Bookmark the permalink.