Dog of the Day: Golden Retriever

We haven’t had a Golden for a while, and they’re such awesome dogs.  This one may well have been the biggest Goldens I’d ever seen, and that’s saying something, since Autumn’s Ceili is pretty darn huge herself.

(From now on, I’m going to post one picture above the line, and if I have any more I’ll put them below the fold.  Hopefully this will make things a little less cluttered on the front page, and will also encourage people to click through and maybe even comment.  Don’t worry: if there are more pictures within, I’ll put a note to that effect out front.) 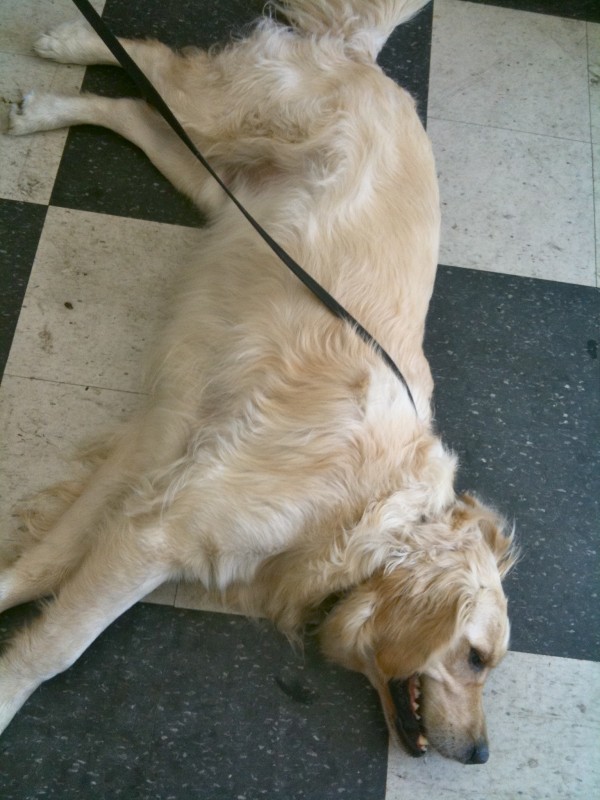 Chillin' on the pet shop floor.

Another pic after the break! 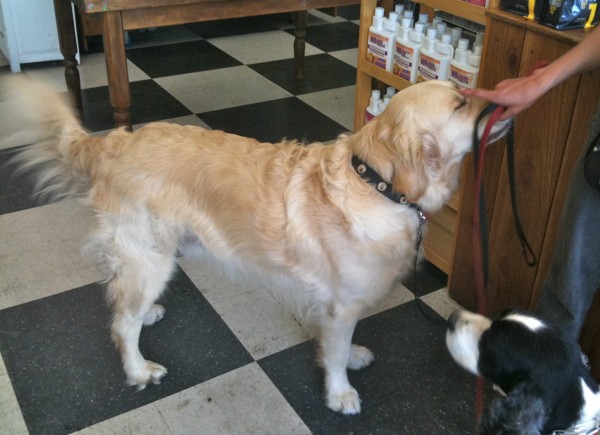 Eyes half closed as he receives the benediction of 'da Mom'.

This entry was posted in Dog of the Day and tagged Golden Retriever. Bookmark the permalink.