Sorry for the short post: having some technical difficulties. Trying out an EyeFi card, which is a SD card that offloads its photos via WiFi, and can also do geolocation on them based on the WiFi networks that are nearby.

The card itself is a marvel of engineering. It works flawlessly, and I’m really impressed.

On the other hand, I could go six centuries and I could still not write a program that was as useful (and adorable!) as this dog. 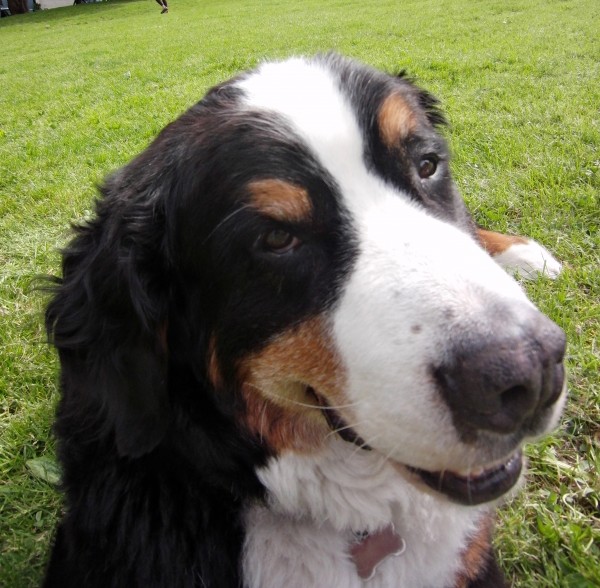 He looks like he's always up for cuddles, wrestling, or a quick nap.

This entry was posted in Dog of the Day and tagged Bernese Mountain Dog, Castro. Bookmark the permalink.