Dog of the Day: Trout Teaser

This is Trout, the pup that Autumn dogsat this weekend. I’ll be posting more of him later on, but right now I’m still hashing out the last of my computer problems, so all you get is a little taste of Trout. (And yes, Trout is an East Bay dog. But I’m sure he’s been to San Francisco at least once. 😛 )

Trout is part pit bull, part border collie, part Lab, and part something little (since he’s smaller than any of those dogs. Rather than say all that, though, I’d rather just say he’s a new breed. Maybe we could call it ‘fishdog’, with the official breed name ‘Troutulous Ridiculousus’.

On the up side, so far it looks like my computer fixes are working, so things should be back to approximately normal (albeit extremely busy at work) tomorrow. 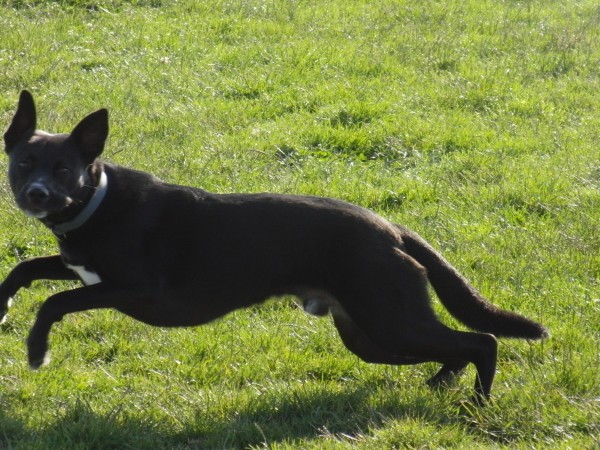