Dog of the Day: Mickey the Jindo

Another new breed for me, the Korean Jindo dog, named after Jindo Island, off the coast of Korea. They’re a feral dog type (think dingo) from that island, which is getting a bit of popularity here in the states.

I am told that Mickey is a bit of an ambassador, having been on television in connection (somehow) with the San Francisco Giants, although I can’t find any mention of this online. Nonetheless, he’s clearly a handsome devil, either way. 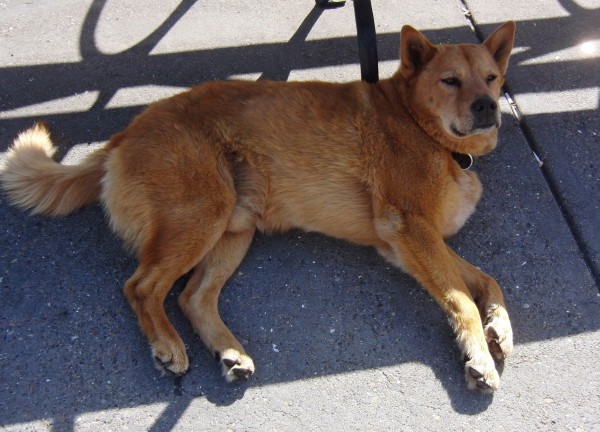 Mickey was just chilling out underneath a park bench, while his dad sat on top of the bench. They both looked like they were right where they wanted to be. 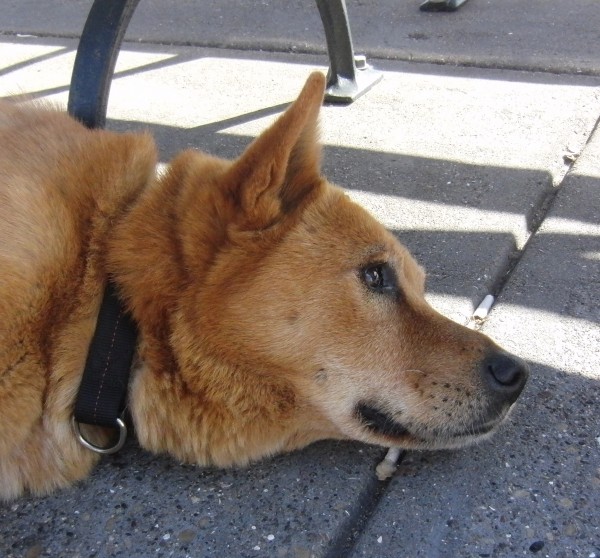 Pretty face. Actually interesting how similar they ended up to a dingo. Maybe a little less awkward-looking, though.

This entry was posted in Dog of the Day and tagged Embarcadero, Korean Jindo Dog. Bookmark the permalink.