Dog of the Day: Borzoi

I’ve been hunting one of these pups for ages, ever since Autumn and I saw two of them wandering down Franklin Street in Pacific Heights a couple of years ago. I finally found one, and it turns out it was almost certainly one of those very dogs, two years and half a city away.

They’re so elegant. They make me think of the Russian nobility. You know. Minus all the blood and, uh, weirder bits.

Borzoi are also known as Russian Wolfhounds. They make the Irish ones look awfully scruffy and giant and clumsy... although, let's be honest: if I was up against a wolf, I know which one I'd want on my side. 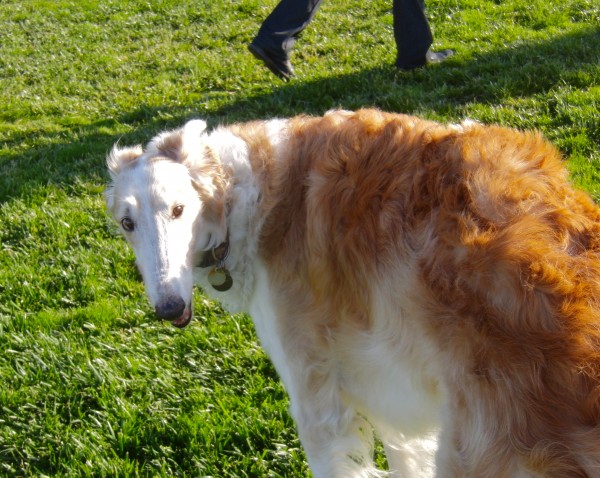 They look as streamlined as greyhounds, but that long floofly fur must come in very handy in the Russian winters. 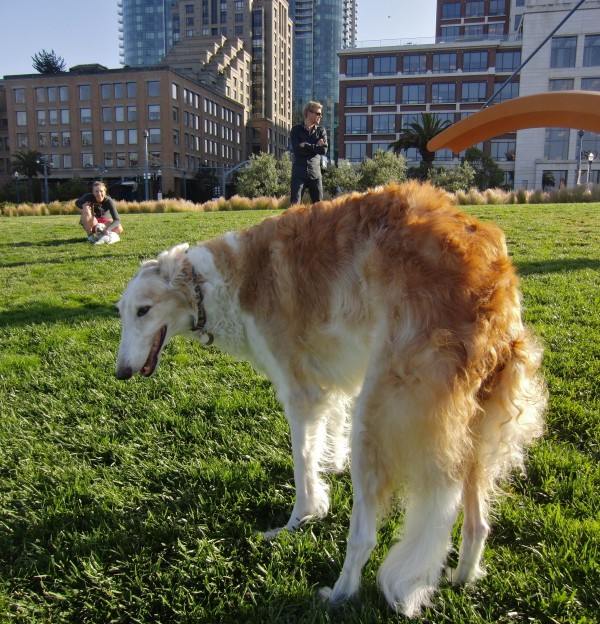 This entry was posted in Dog of the Day and tagged Borzoi, Embarcadero, Russian Wolfhound. Bookmark the permalink.