Dog of the Day: “Pup” the Catahoula Hog Dog Mix

I ran into this (one-year-old) pup less than one week after he was adopted from a shelter. Despite that, he was very well-adjusted, especially for what we here at da dawg blawg affectionally call the ‘Hula-Hula Cat-Dog’. 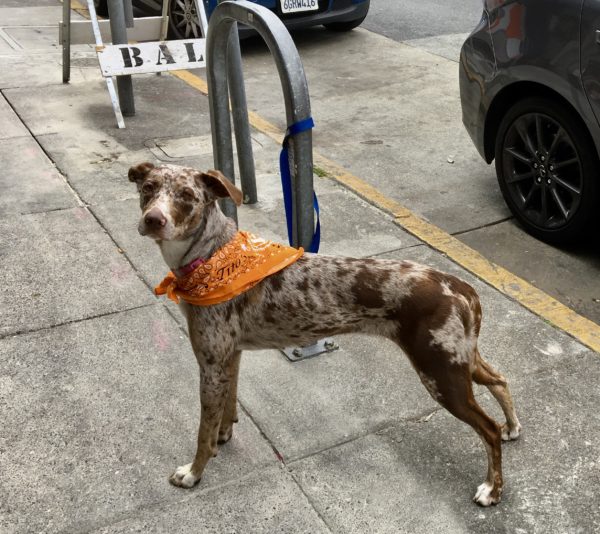 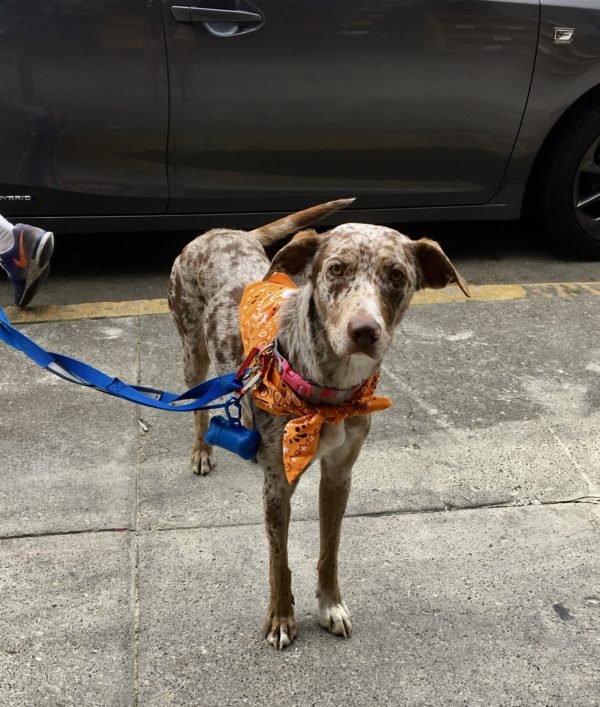 If I’d only had a dog from the shelter for a week, I wouldn’t have the confidence to tie him up outside a shop for twenty minutes!

This entry was posted in Dog of the Day and tagged Catahoula Leopard Dog, Mixed Breed, Polk Street, Russian Hill. Bookmark the permalink.