Yes, he’s the size of a pony, but he’s still a puppy: 8 months old. Gotta say: least drooly mastiff I’ve ever run into. I’m pretty sure I’ve met Hank before, at night when no photography was possible. Which is a real shame, because when I met him he was like 8 weeks old and about eightteen inches long, with paws as big as his head.

This is less than a block from our apartment, so hopefully we get to see more of Hank. 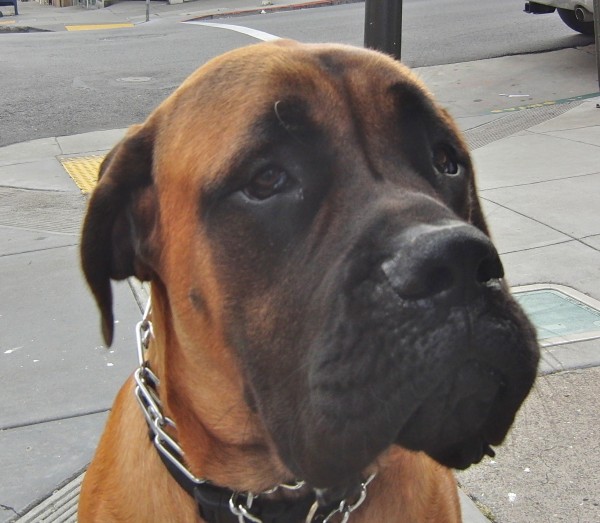 The penultimate in pendulous flews!

I wanna try wrestling with this guy. I wouldn't mind losing. 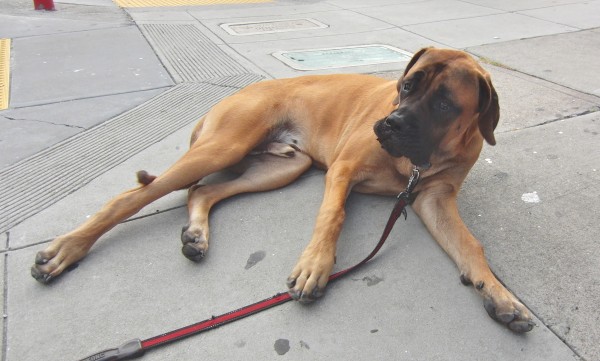 He still has huge-mongous feet. Also the rest of him.

This entry was posted in Dog of the Day and tagged English Mastiff, New Russian Hill Market, Russian Hill. Bookmark the permalink.

2 Responses to Dog the Day: Hank the English Mastiff Puppy