Another set of pictures from ‘Bay to Barkers.’ Perhaps unsurprisingly, Missie is the white one and Raven is the very dark (for a shepherd) one. These two were very clearly old friends, in the ‘us against the world’ vein. 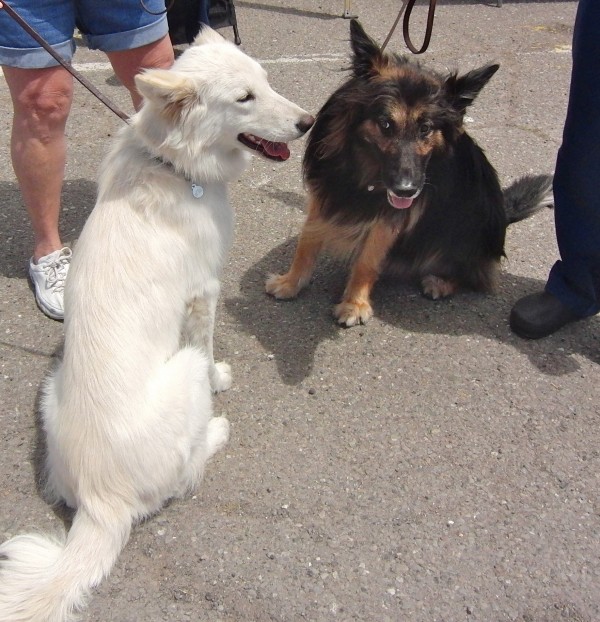 I just heard someone complaining about German shepherds yesterday, so I had to post a couple awesome ones in their defense. 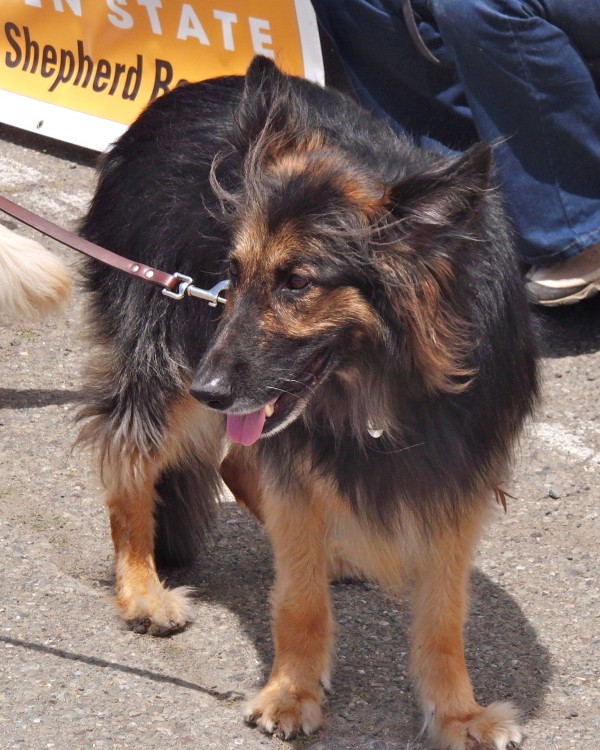 Looks like of like one of the varieties of Belgian shepherds, but given that (as you can see in the background) his mom and dad were German shepherd specialists, I suspect they knew what they were talking about. 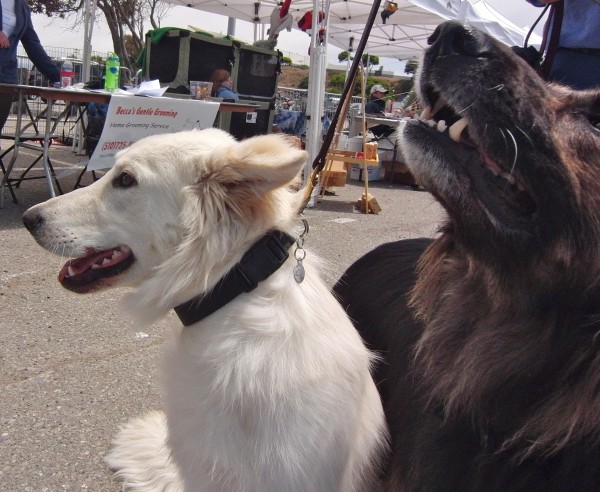 Never seen a white dog colored quite that way before, with the cream about the ears. 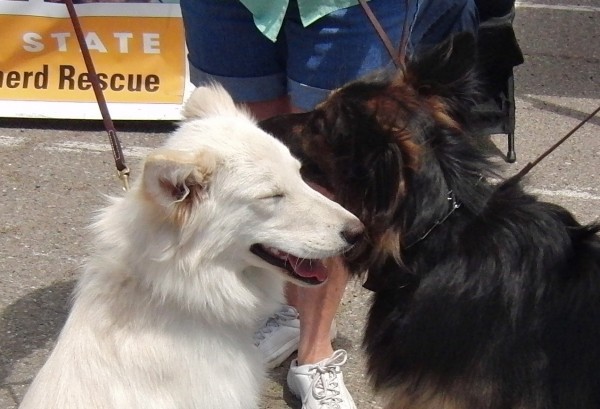 You can tell the white one is a real character. 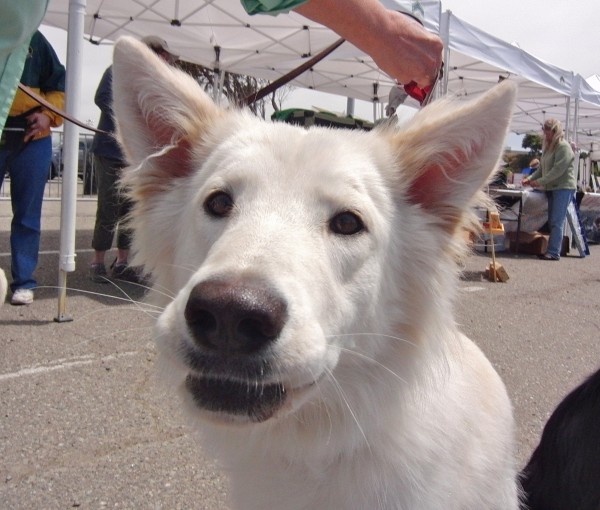 I rest my case.

This entry was posted in Dog of the Day and tagged Albany, Bay to Barkers, East Bay, German Shepherd. Bookmark the permalink.