Adorable! She totally looks like a humongous 80-lb housecat.

Sorry for the late post, but Autumn and I were out at a sea music festival, where Autumn did three performances. And sounded awesome. 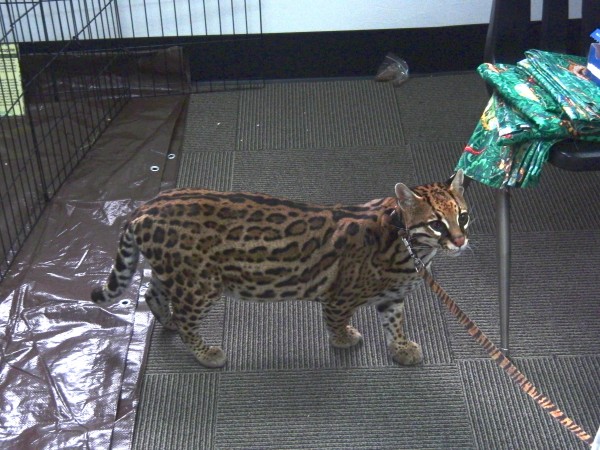 I will probably reiterate this several times, but I cannot get over the adorable pink nose! 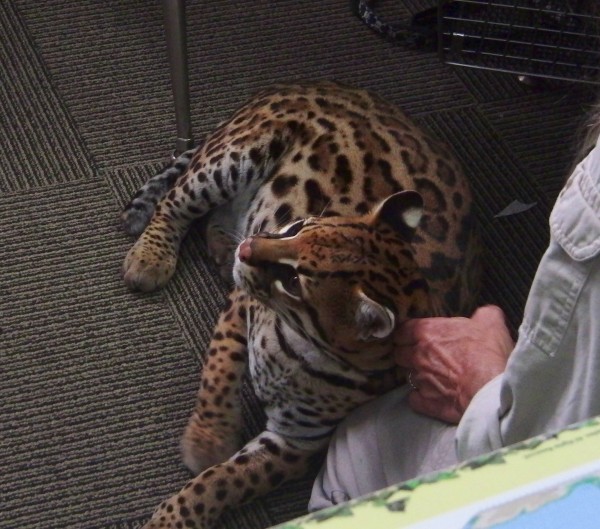 Unlike the Geoffrey's kitten, this much larger cat required no protective equipment. 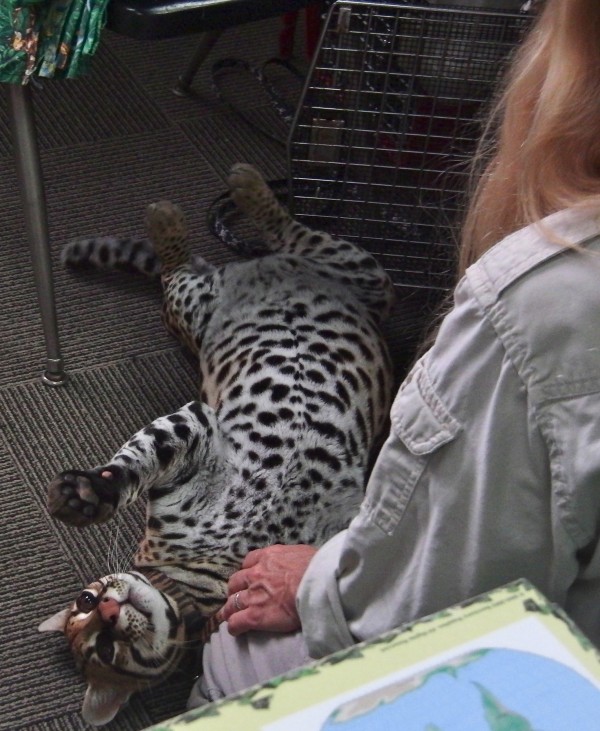 The face and attitude were totally housecat, except at five times the length. Me-YOW. 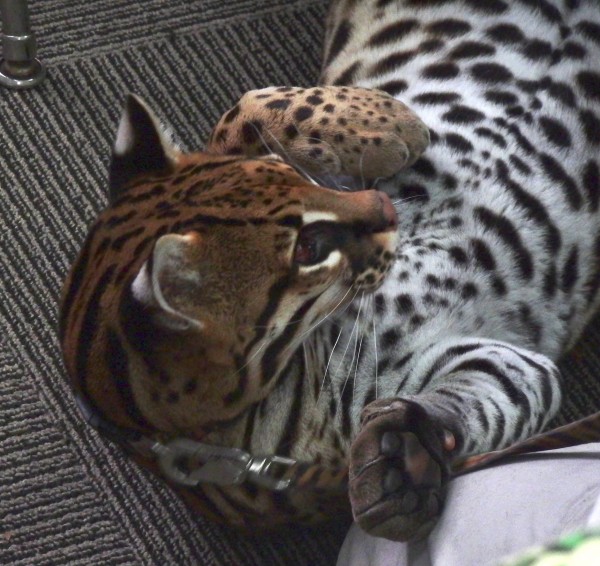 The flopped paw. So cute! 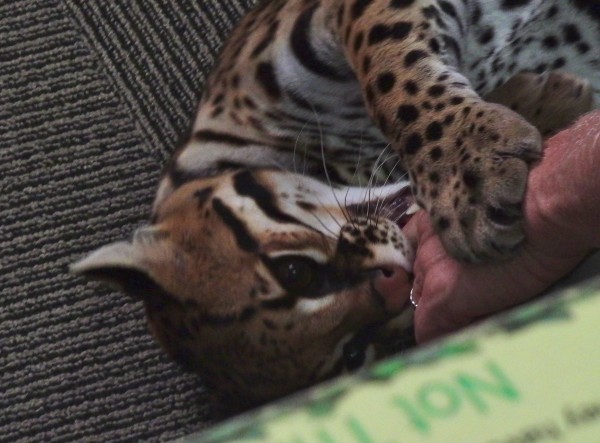 Brave woman. Apparently no permanent mangling, though, or at least none visible, so I guess she knew what she was doing. 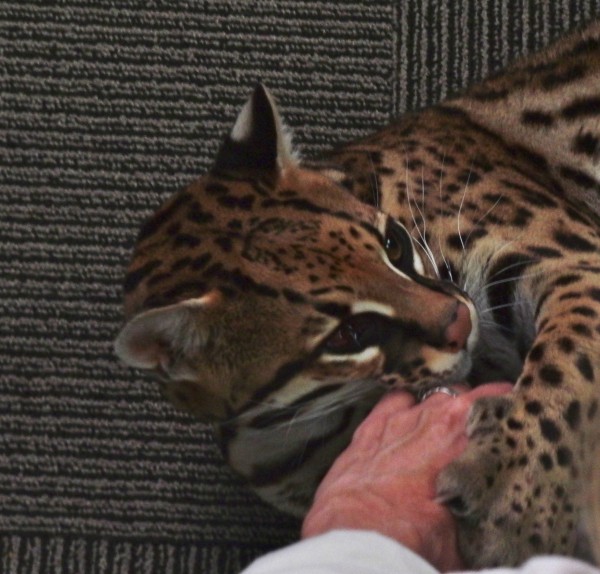 Those claws do look just the teensiest bit... terrifying. 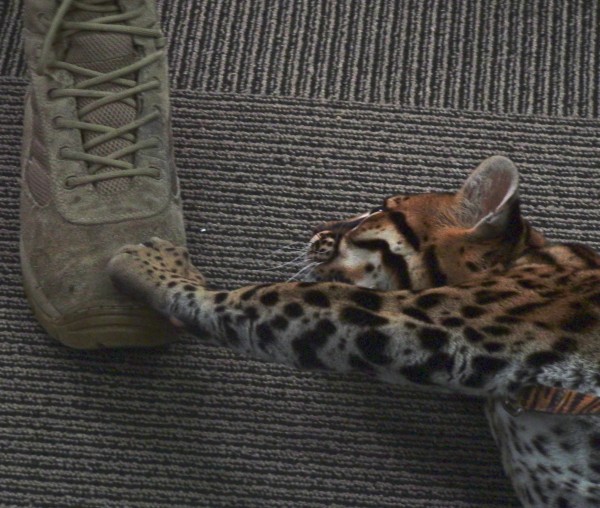 That boot makes the cat look smaller than she is. That's a BIG boot. 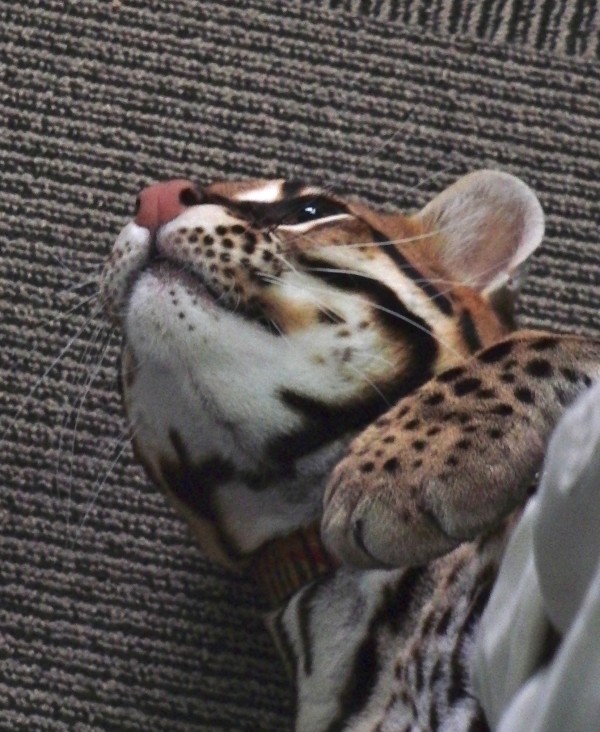 Eee! (I told you I'd be mentioning that adorable nose again.)

This entry was posted in Caturday Supplement and tagged Fort Mason, Marina, Ocelot. Bookmark the permalink.