Dog of the Day: Dee-Dee the Chihuahua Pug Puppy

I’ve actually run into Dee-Dee (12 weeks old here) twice. The first time, I took these pictures. The second time, I didn’t even recognize her, even though it was only a week or so later. Why? Well, it’s obvious, isn’t it? I went into brain-overload-too-much-cuteness mode instantly upon seeing her.

Incidentally, she supposedly has a Facebook page, as ‘Dee Dee the Chug’, although I am unable to find it so maybe it was removed. (On the internet, no one knows you’re a dog until you tell them, but once you tell them, Facebook doesn’t think you have the right to your own web page.) Or maybe it’s just set private. 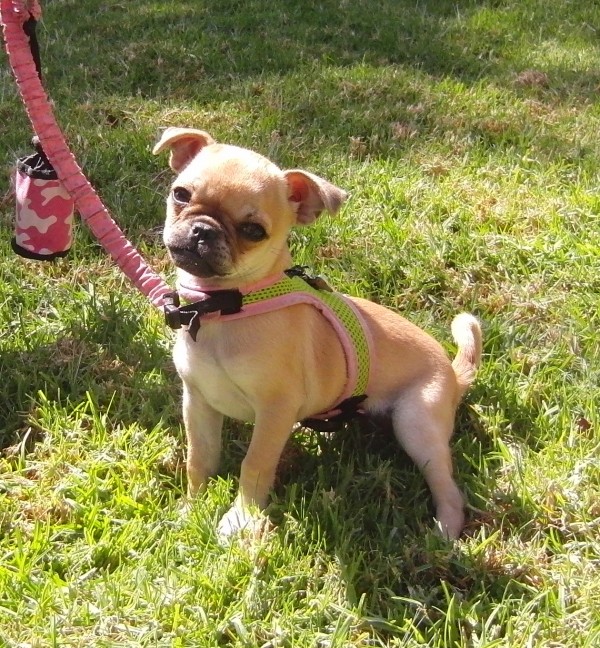 Just at the age where running often results in an accidental somersault or two. 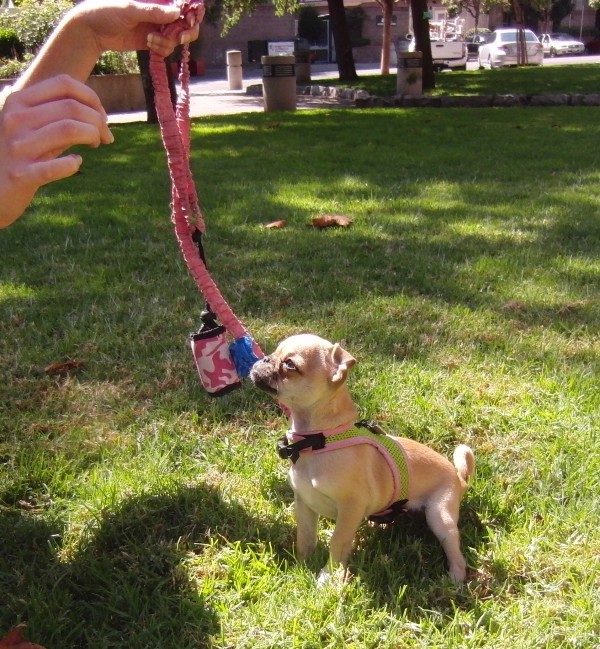 Mom was quite good at getting the pup's attention. I was impressed. 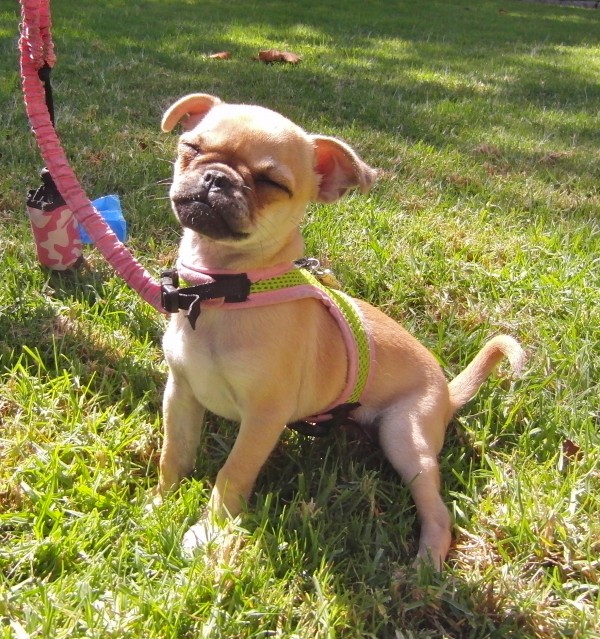 While I was taking pictures, Dee-Dee had a sudden attack of cute-face. Well, cute-ER. 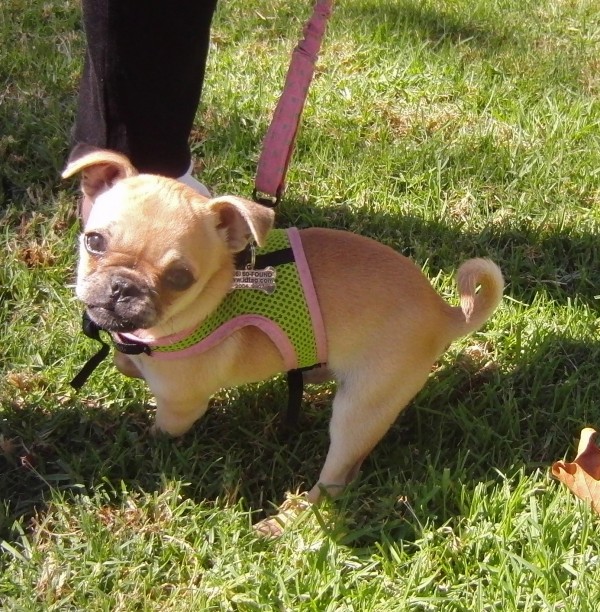 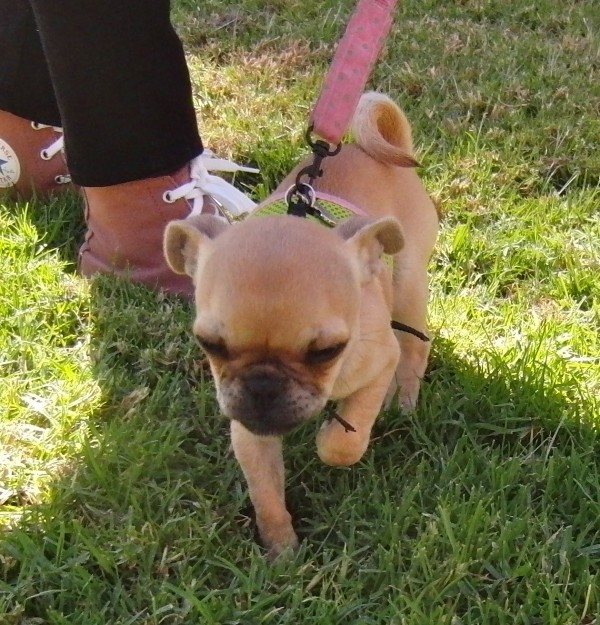 I can't decide if her face looks like a Chihuahua-y pug or a puggy Chihuahua. 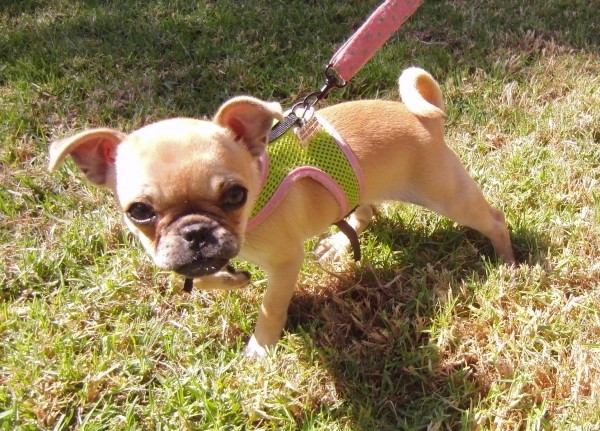 Not shown, a few seconds after this picture: Dee Dee licking my ankle.

This entry was posted in Dog of the Day and tagged Chihuahua, Embarcadero, Mixed Breed, Pug, South Beach. Bookmark the permalink.