Here’s a Happy New Year’s Dog for you!

Jasper is only 8 months old. He’s 90 lbs and will probably end up around 150-160 when all is said and done. Huge-mongous! Jasper’s owner runs a Leonberger rescue called ‘LeoPALS‘, but Jasper is a pedigreed show dog, or will be when he gets old enough. Right now he’s just a gigantic snuggly puppy.

One final note (added late): if you have any interest in the Leonberger and its history, a friend of Jasper’s mom named Caroline Bliss Isberg, who is writing a book on the subject, compiled a little article here. 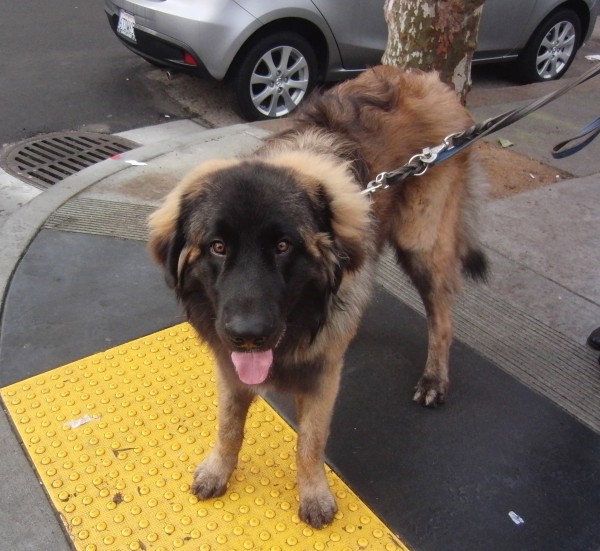 I bet his owner was very, very tired of people asking to take pictures of her dog by the end of that day. It was only 8:30 AM and I wasn't even the first. 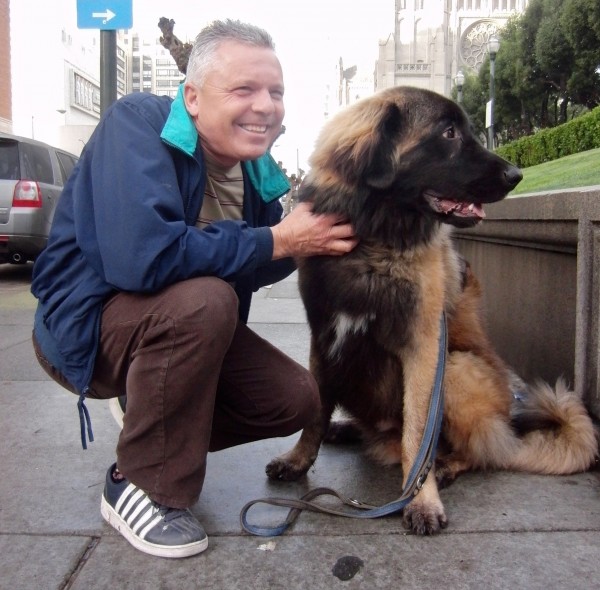 The gentleman in the picture is entirely unrelated to the dog, but I do know him. He has two golden retrievers that I've taken pictures of. Why is he in the picture? Because he knows an awesome dog when he sees one, I guess. 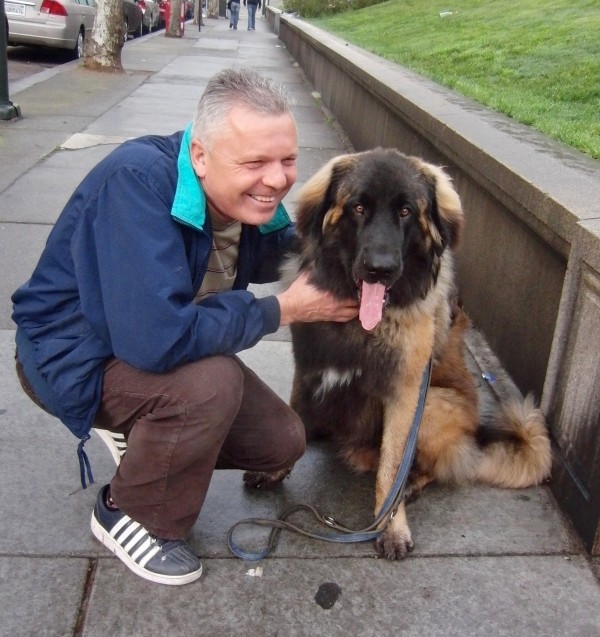 My brother used to spoil pictures in that EXACT same way when he was a pup- er, I mean, a kid. 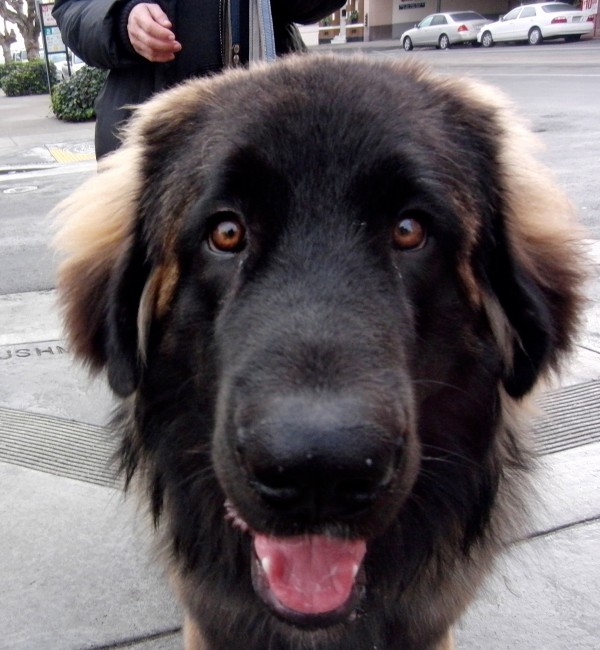 Is it just me, or does he bear a certain resemblance to a moose in this picture? 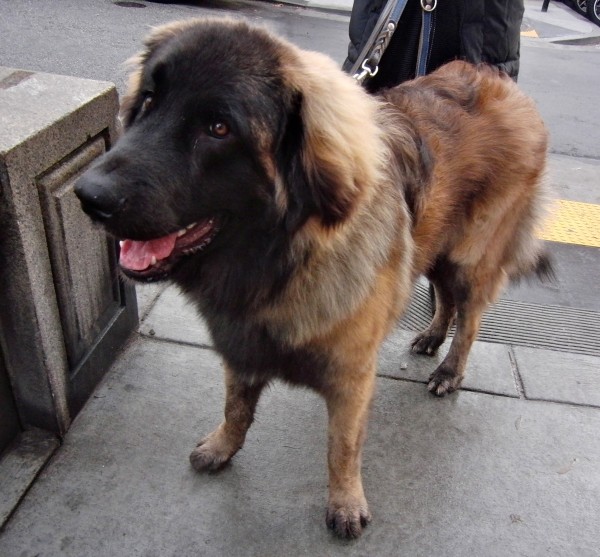 I'm proud to call Jasper our New Year's Dog. Here's hoping your 2012 and mine is anywhere near as awesome, fuzzy, and full of cuddles as Jasper.

This entry was posted in Dog of the Day and tagged Huntingdon Park, Leonberger, Nob Hill. Bookmark the permalink.