Ever heard that phrase before? It means ‘sitting pretty’ or ‘in a great position’. First appearance in print is in a James Thurber story called ‘In the Catbird Seat‘, although he picked it up from legendary sportscaster “Red” Barber, who picked it up in Cincinnati.

Anyway, for this Caturday, I’d have to say that this bird sure looks like he’s sitting in the catbird seat. (And, for newcomers, I don’t just post cats on Caturday, I post whatever I have that isn’t a dog.) 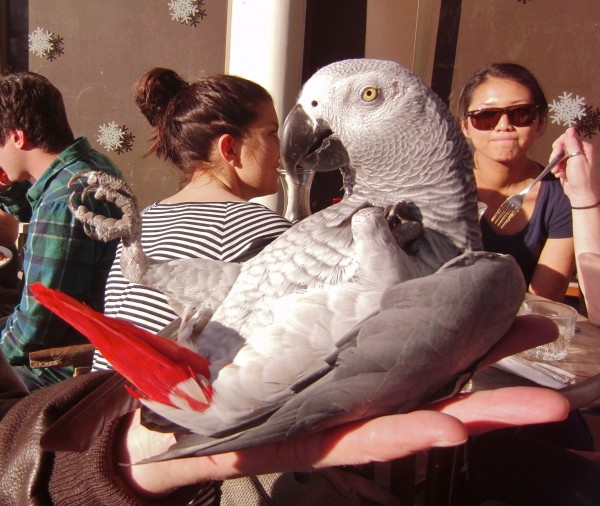 Meet Jason. He's a 22-year-old African Grey Parrot. Funny thing about parrots: the bigger they are, the longer they live. Exact opposite of dogs. 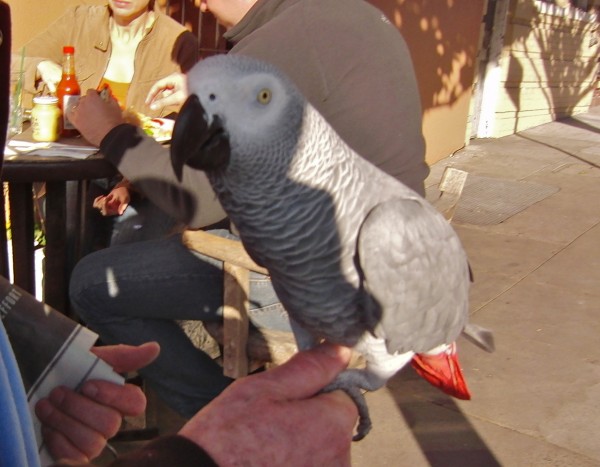 I have rarely seen an animal that looks more like someone dipped a body part in a bucket of paint... and that includes a few animals who did have a body part dipped in paint.