Dog of the Day: Uno the Shar-Pei/Bulldog Mix

Get a load of this guy. A shar-pei/bulldog mix should be just about the saggiest dog you’ve ever seen, and Uno just isn’t.

Why? Well, for the most part, it’s probably just genetics. Maybe shar pei ‘sag’ comes from a different set of genes than bulldog ‘sag’? But there’s also something else going on here… Uno got an inadvertent facelift! Apparently he had some kind of tumor on his forehead, and when it was removed, one consequence was that stitching him back up tightened the skin on his face. Awesome. 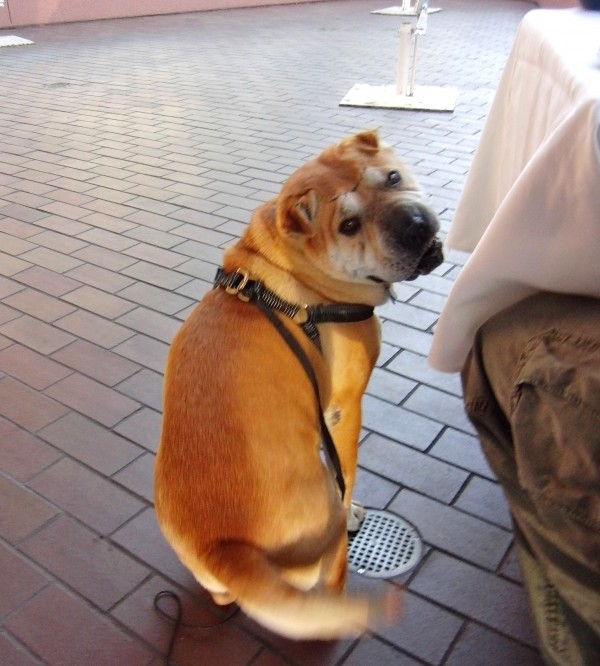 I ran into Uno at the Delancy Street Restaurant, on the Embarcadero. Good food, as Uno surely can tell. 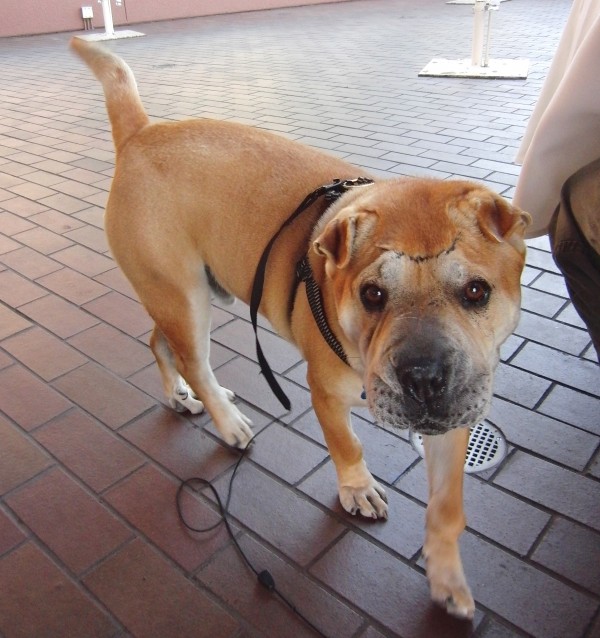 There's a good shot of the facelift scar. 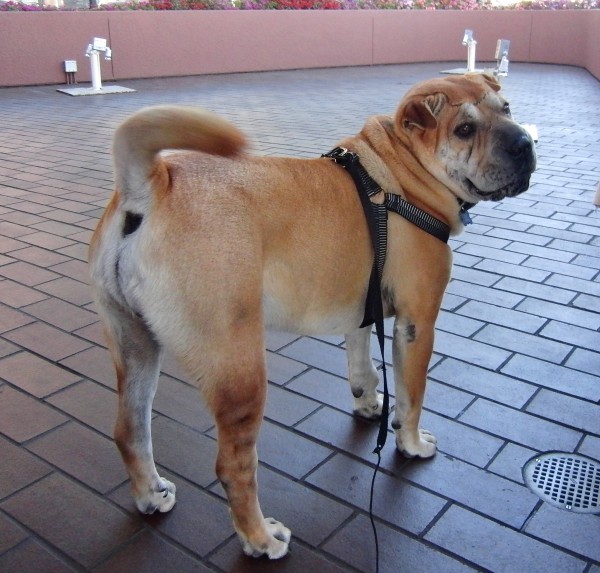 He has that 'if you're awesome and you know it' look. 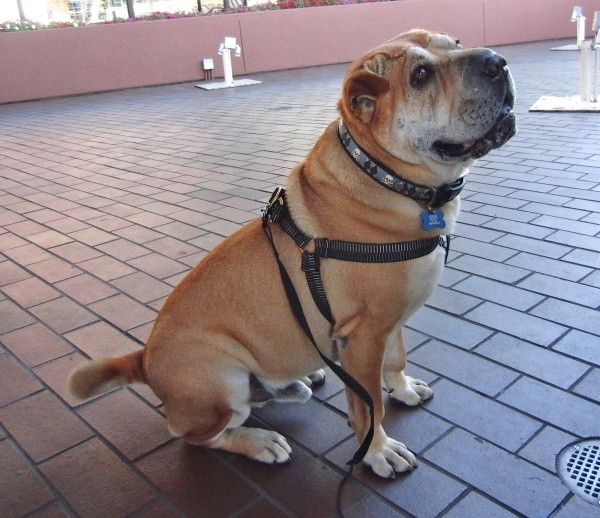 I love the skulls on the collar. "WARNING! DO NOT APPROACH THIS DOG OR YOU WILL BE LOVED TO DEATH!"

This entry was posted in Dog of the Day and tagged Bulldog, Embarcadero, Mixed Breed, Shar-Pei, SOMA. Bookmark the permalink.