Poor Fergi. Someone was pretty mean to her at some time in the past, and she’s still scared of everybody. Dogs like that make me want to hug them and tell them that everything’s going to be all right, but of course, that’s the whole problem: you can’t get within ten feet. 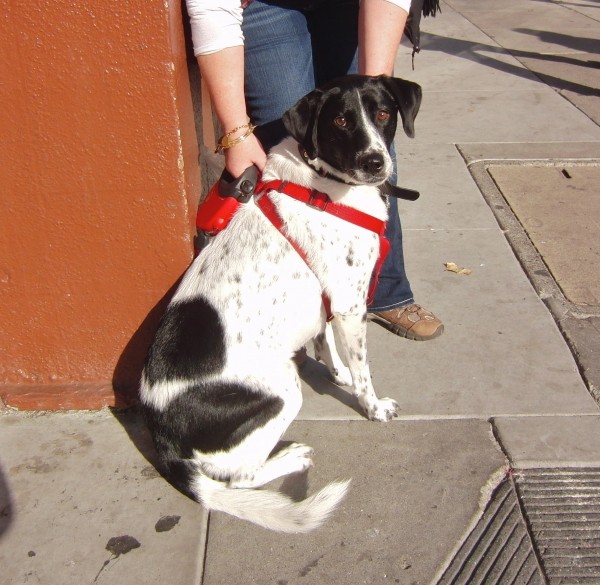 Fergi needed a lot of reassurance, even though I was staying around ten feet away. 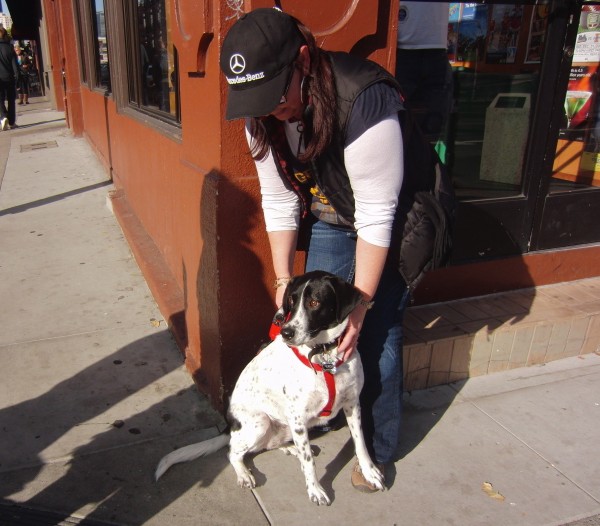 I wasn't the only one she was scared of. Other passers-by were also potential threats. 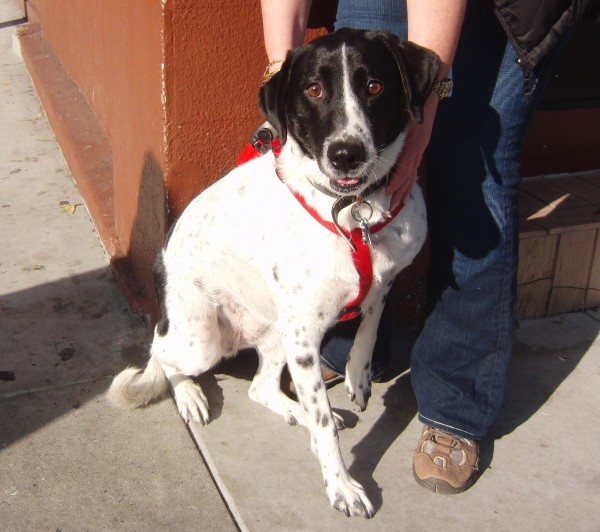 Look at that face. Who could bear to hurt that face? 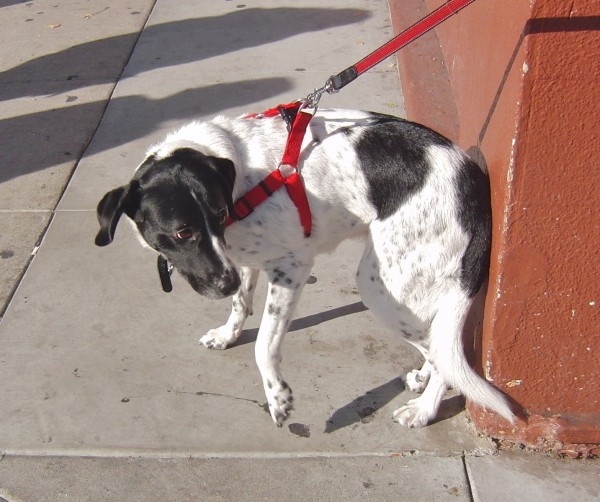 When mom wasn't holding her, she tended to put her back against a wall.