I had intended, at the suggestion of a neighbor and corgi-parent, to do a ‘dragon of the day’ sometime soon, from the Chinese New Year parade. So I trooped down to the parade at around 5, snapping a picture of this nifty thing, which apparently may or may not be called a ‘pediment’, on the way.

You know what they say: ‘Oh, nobody goes to the Chinese New Year Parade any more, it’s too busy.’ For me, I guess they’re right. Maybe next year some kind soul will offer me a place on the second story of some building along the route to take some pictures from. 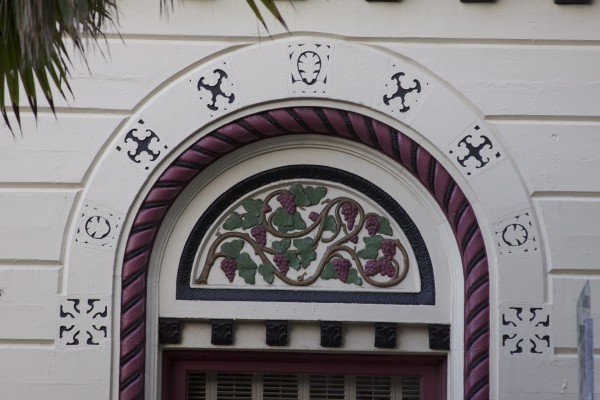 This is officially the thousandth picture that my SLR has taken. Of course, I take roughly 99% of my pictures with my compact.

This entry was posted in Roll of 28 and tagged Cityscape, Nob Hill. Bookmark the permalink.