Dog of the Day: Tidus the Famous Corgi

And now that I’ve gotten that out of the way, this one requires a little back-story. There’s a teeny tiny little house in our neighborhood, surrounded by three to five story apartment buildings and Victorians. We’re not sure, it may even be a rebuilt ‘earthquake shack‘, which were buildings built en masse after the 1906 earthquake as temporary housing. Autumn would give a whole variety of useful portions of her anatomy to live there, especially since it has a fenced-in yard. (And, truth to tell, I probably would too.)

In this house there lives a corgi. We can see him in the yard occasionally, peering out through the slatted fence at all the exciting people walking by. When he’s out in the yard, this is all he does: he loves people-watching.

So, after seeing him there for years, I finally saw mom taking him for a walk, and of course, had to stop her and take some pictures. And that’s when I discovered that mom is a fellow student of iPhone programming, and that Tidus has his own iPhone app! It doesn’t do much yet, but she’s turning it into a game, and in the mean time it is both adorable and free, so try it! 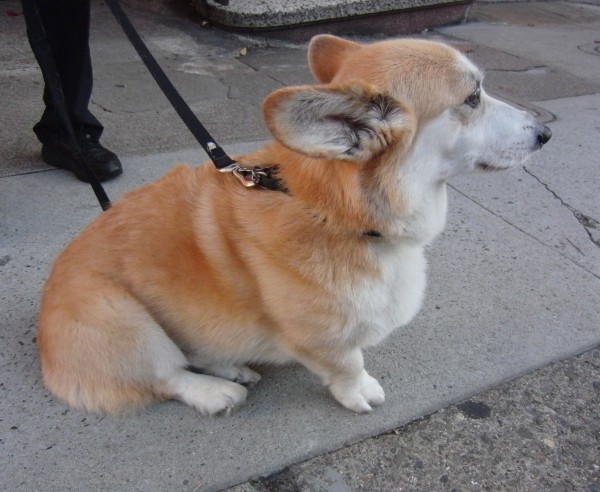 Look at that drumstick. So ridiculous. 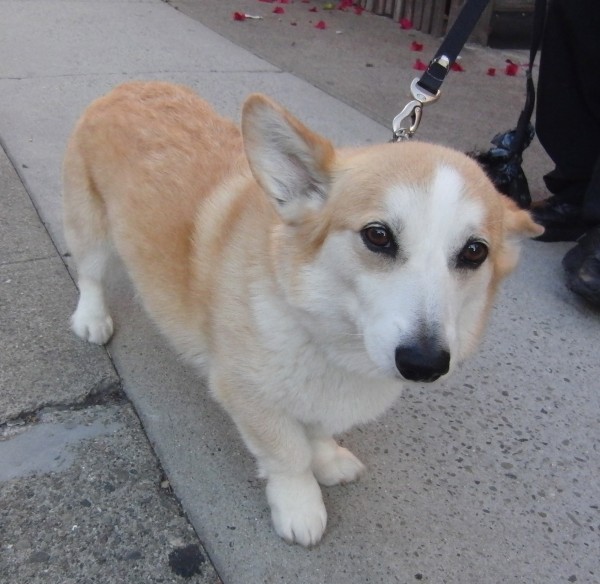 One ear down, one ear up. Corgi ears are so versatile! 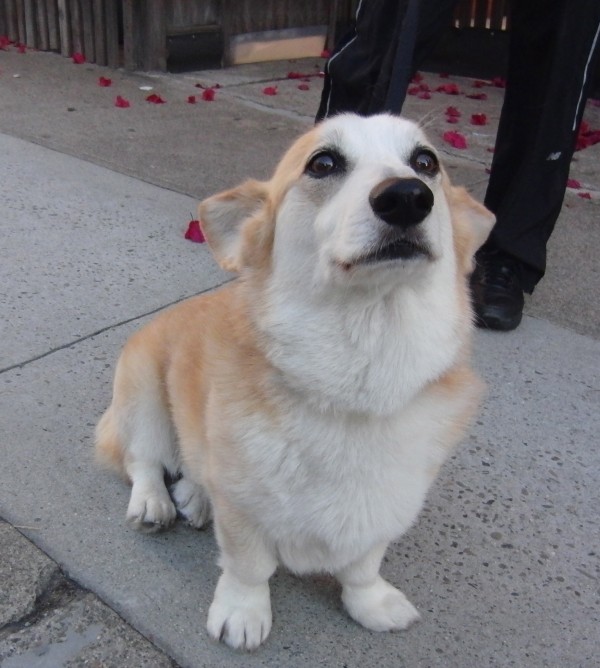 Both ears back. Very aerodynamic. He kind of looks like a hood ornament. 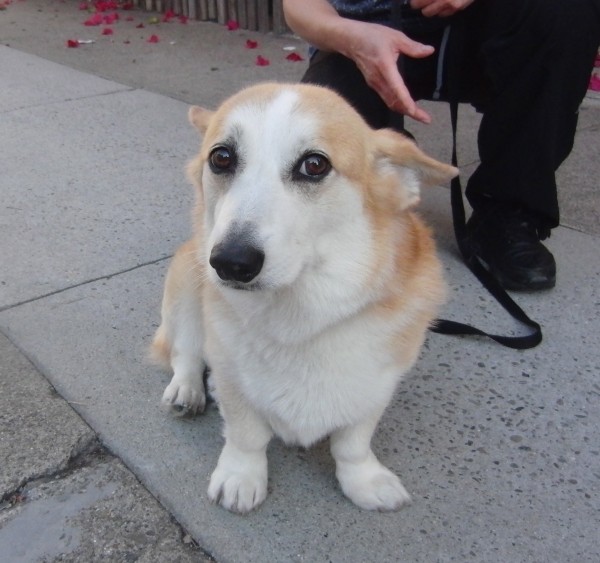 Aww... such a plaintive expression. 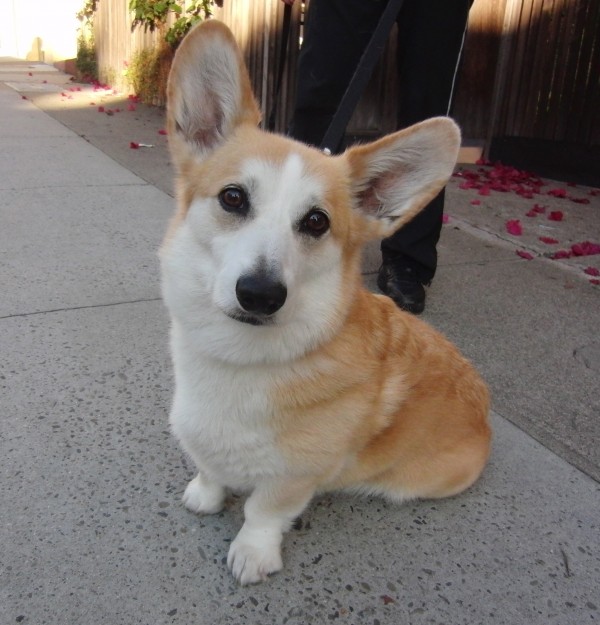 Ears fully extended. I sometimes feel sorry for Pembrokes for having no tail, but dogs with floppy ears are missing out too. 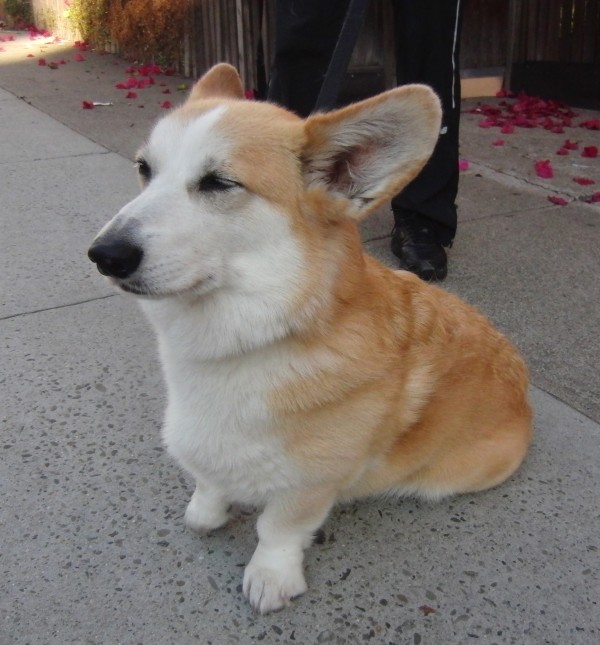 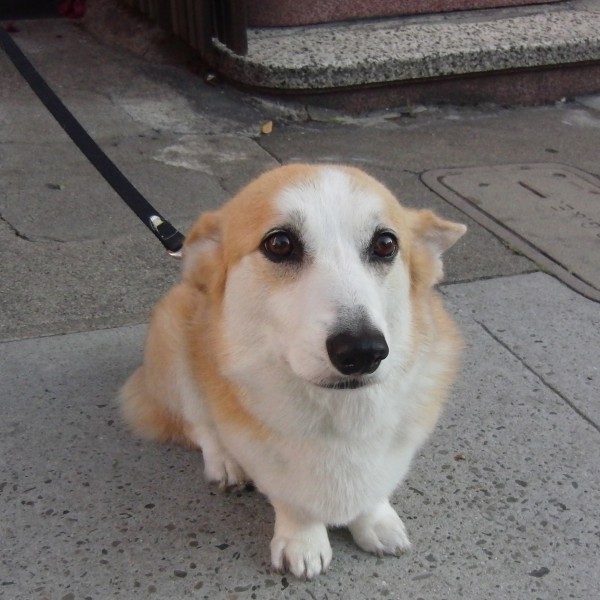 Okay, I officially love Tidus. Where do I sign up for the fan club mailings? 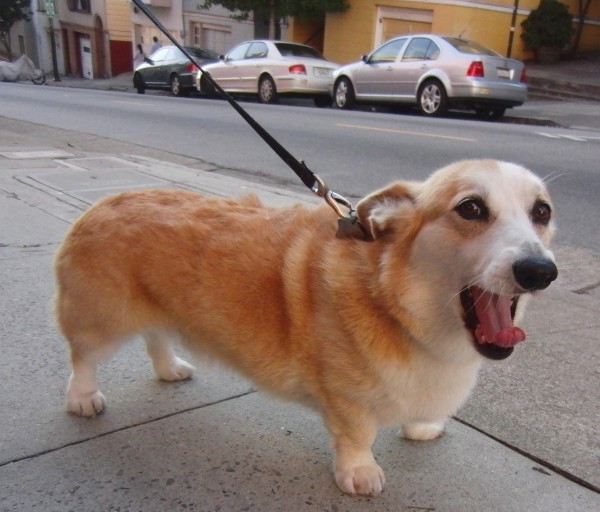 This entry was posted in Dog of the Day and tagged Near Home, Pembroke Welsh Corgi, Russian Hill. Bookmark the permalink.

4 Responses to Dog of the Day: Tidus the Famous Corgi