Caturday Supplement: …what? He has whiskers!

As I said, Caturday is my day for ‘not dogs’. This guy might be a sea-dog, but he’s definitely not a dog-dog.

I was down on a pier in the SF Bay, and there were some people crabbing off the pier. Throwing a crab pot with a dead chicken into the water and waiting a while, then pulling it back out and seeing what they found. This guy caught a whiff of their chicken, and came over to say hi. 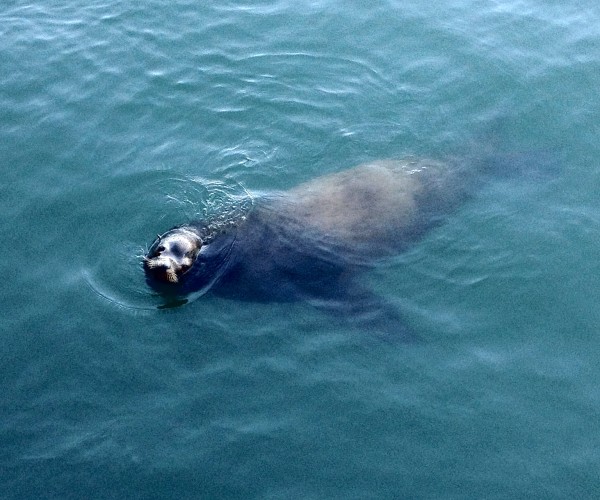 They were worried that this guy would take off with their crab pot. Can't blame them... if he grabbed it, I doubt they'd get it back in one piece. And certainly not with the chicken. 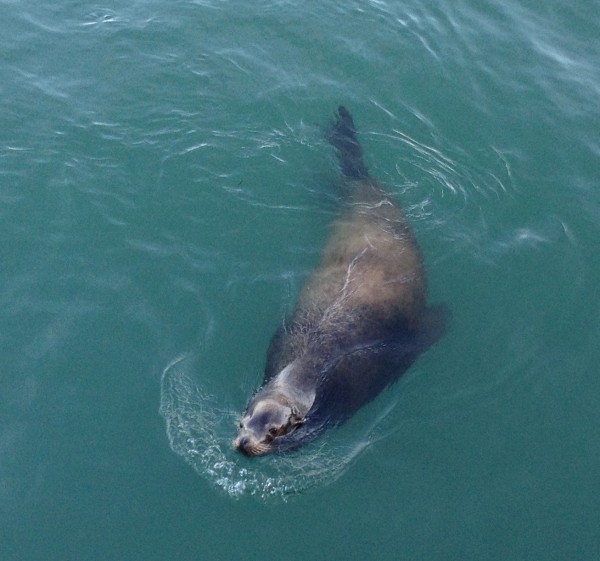 They figured out a system: when they wanted to drop or raise the crab pot, one of them would wave and make noise and run down the edge of the pier. And the sea lion would follow. It was pretty adorable, actually.

This entry was posted in Caturday Supplement and tagged Fisherman's Wharf, Sea Lions. Bookmark the permalink.