Dog of the Day: German Shepherd and Friends

I love this guy! He wanted to play with everyone, was gentle with all the smaller dogs, and did a ridiculous mount of gallumphing around. He did kind of hog the ball, but to be fair, it was his ball.

I’m not sure he’s 100% German shepherd, but I’m at a loss as to what he might be mixed with. He could just be oddly-marked.

Edit: According to a reliable authority (in the comments) this coloration is the ‘sable’ version of the German shepherd. Thanks, Steph! 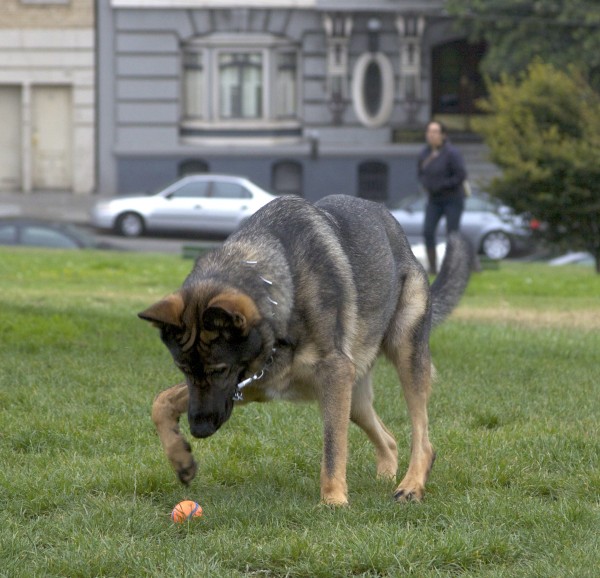 He looks kind of hesitant here. I assure you, this was not the case. 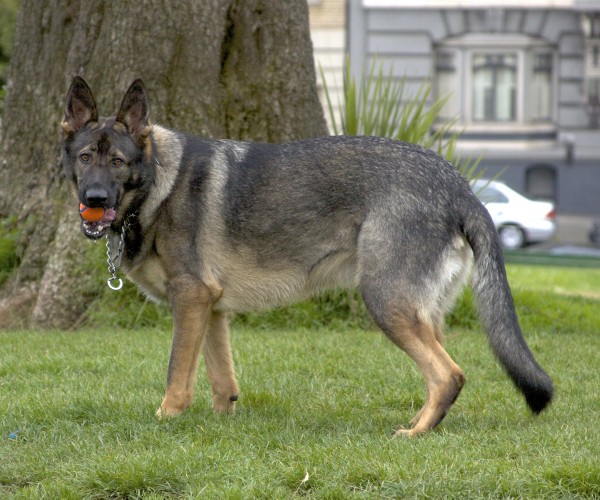 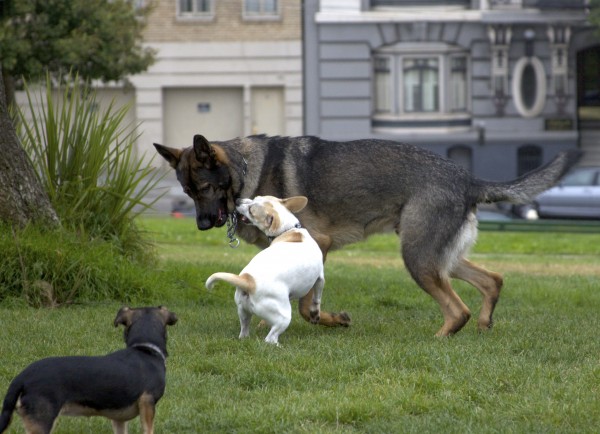 Gutsy Jack Russell wants in on the action. 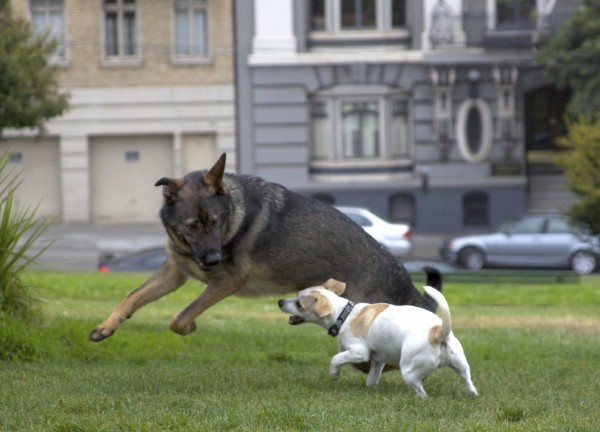 The Jack Russell was a little more aggressive than he needed to be, but the German shepherd just laughed it all off. 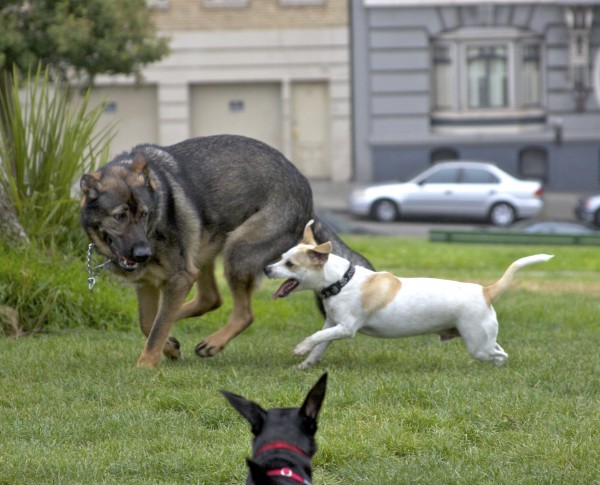 Is anyone else reminded of Mystery Science Theatre 3000? 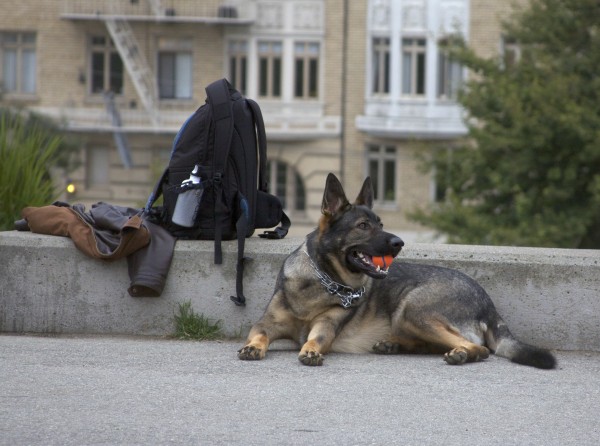 He ran up, sniffed my jacket and backpack, and then lay down next to them. I like you too, puppydog! 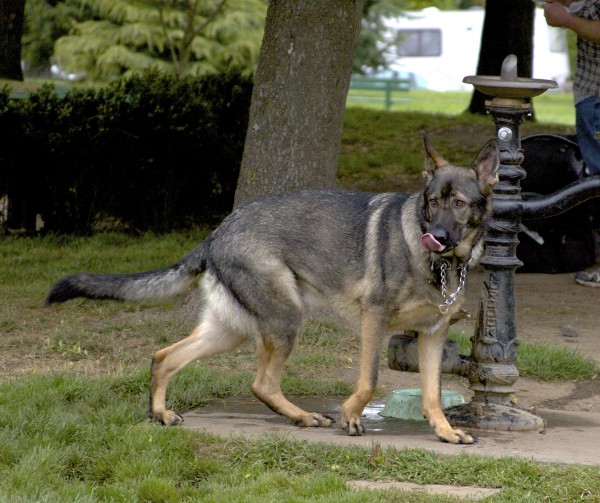 I think that might be my favorite water fountain ever. One spout for adults, one for kids, and one for dogs. And it's pretty to boot. 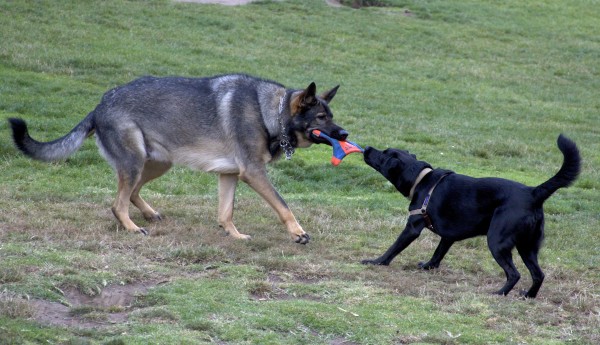 This entry was posted in Dog of the Day and tagged German Shepherd, Lafayette Park, Pacific Heights. Bookmark the permalink.

2 Responses to Dog of the Day: German Shepherd and Friends