I ran into Tammy Fae on the way to work, the day before my birthday, and I had to consider it an early birthday present. She’s so cute! And such a happy pup. Cardigans are supposed to be a lot less hyper and goofy than Pembroke Welsh corgis, but Tammy Fae has got all the energy and goofiness of a Pembroke, plus that gorgeous blue merle coloration and the poofly tail, too. Awesome.

Her dad is actually a breeder of Cardigans, and Tammy Fae has won best of breed at at least one show, though I didn’t ask which. His web site is aldergate.com and he’s apparently working on a photobook of his dogs in San Francisco, called ‘Blue Dogs in the City’. I think it’s awesome that someone else is working on a photo-project of dogs in San Francisco… and especially for a breed as wonderful as corgis! 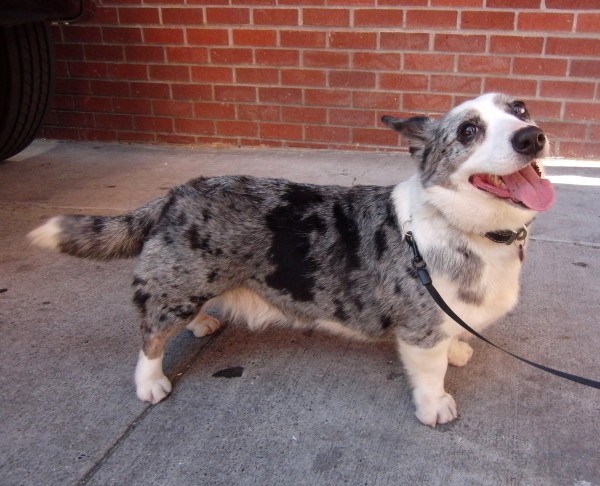 One look at that goofy face and you can tell just what kind of dog she is. (Well, the long squat body helps too!) 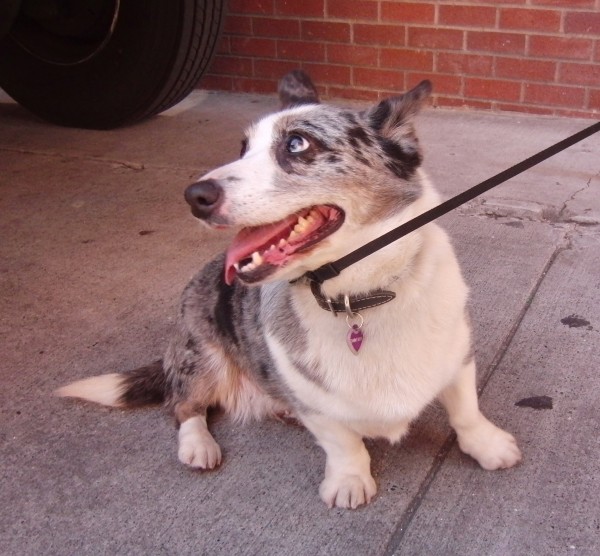 From this picture, it looks like she has blue eyes. 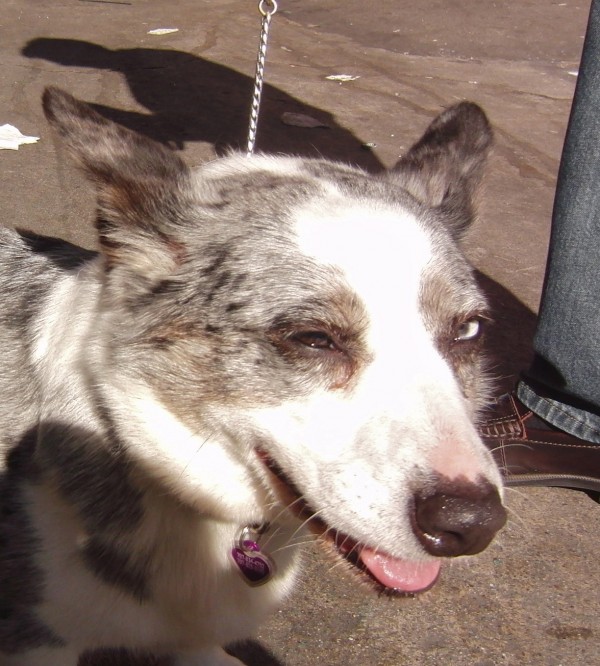 Wink! (And here it looks like maybe she has one blue eye and one brown one.) 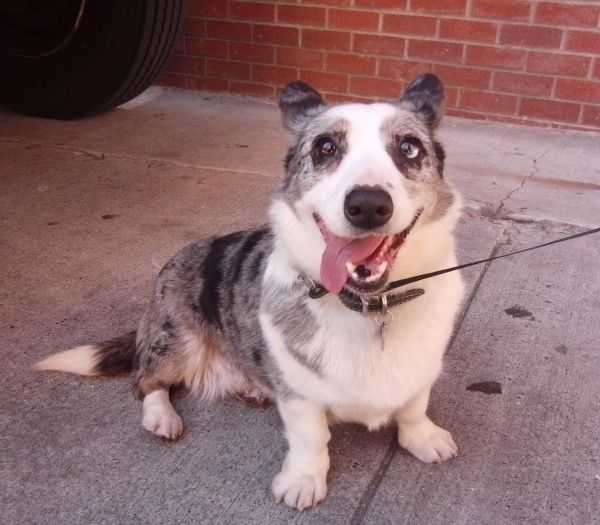 Here you can see what it really is... just about a third of her left eye is blue. Corresponding to the proportion of her that fur that is white, more or less. 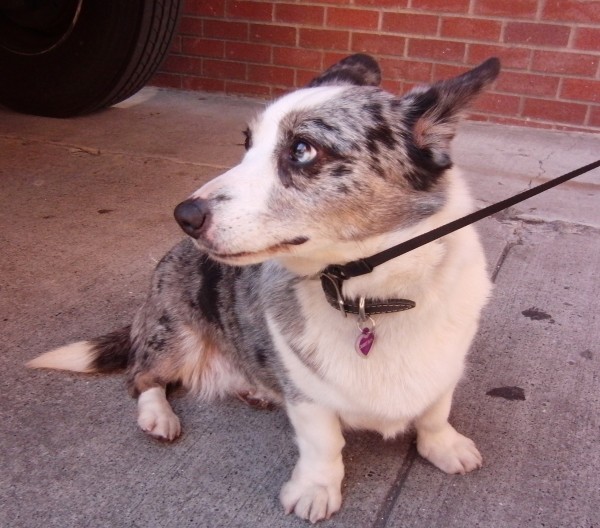 Sudden plaintive look. It's worth noting that of the fifty or so pictures I took, she looks plaintive in exactly one of them. And that they were taken at a rate of three per second. 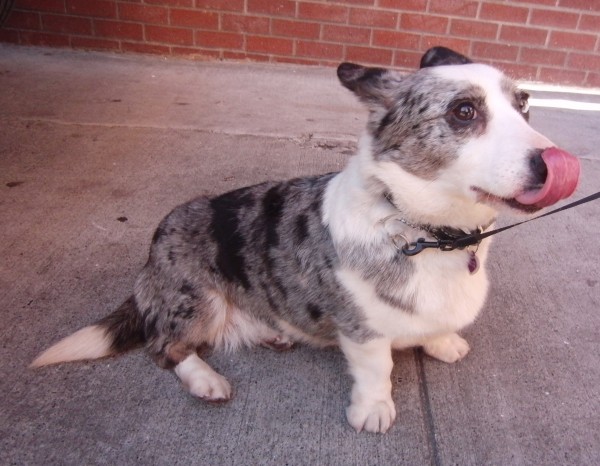 On the other hand, about 20 of them have her doing something goofy with her tongue... but no two in a row. That's a fast tongue! 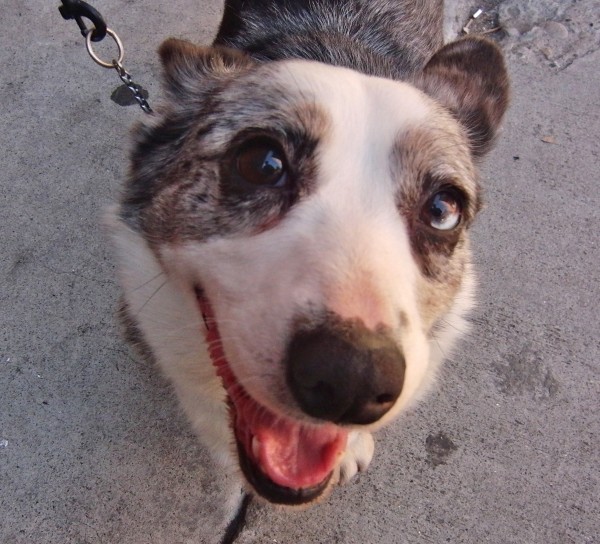 An even better look at that gorgeous eye. 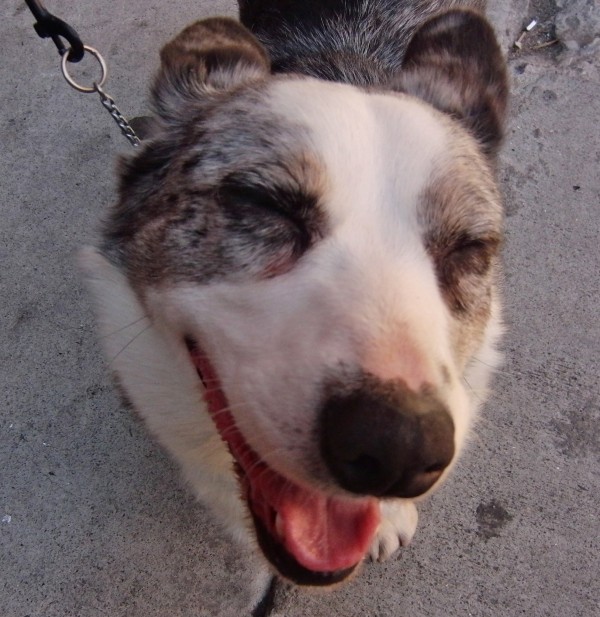 This entry was posted in Dog of the Day and tagged blue merle, Cardigan Welsh Corgi, SOMA, South Beach. Bookmark the permalink.

5 Responses to Dog of the Day: Tammy Fae the Champion Cardigan Welsh Corgi