Okay, first the names: Isatas (pronounced eez-taz) means ‘snow’ in, I think, Inuit. Ddol Ddol means something in Korean but I don’t appear to have written down what it was.

And here’s something surprising about them: in the ratings of canine intelligence, German shepherd is rated as the third most intelligent breed, and huskies are right in the middle of the pack. Shih-tzus are rated 70th… out of 79 breeds. And yet, at least according to mom, Ddol Ddol is the clear brains of this operation, and Isatas is a little… slow. Loving, cuddly, adorable, and very eager to please, but… not the brightest candle in the wind, if you catch my draft. Uh, drift. 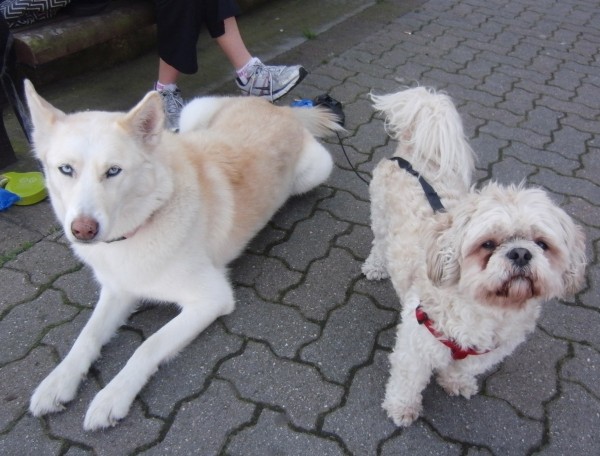 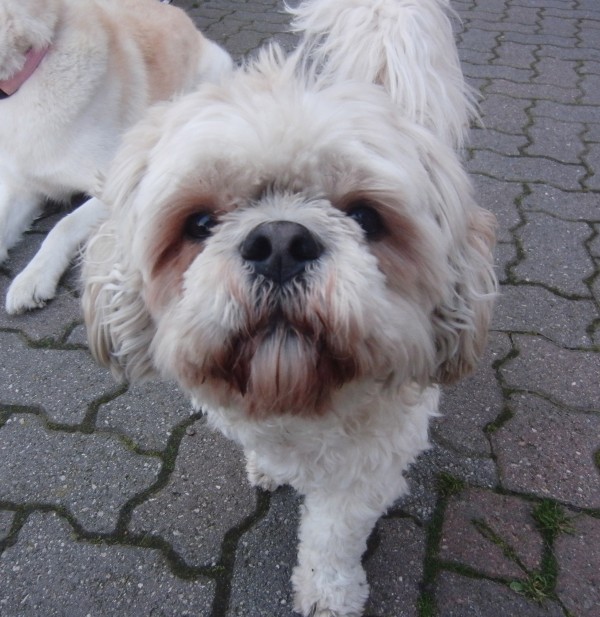 I don't have much evidence to go on as far as smarts are concerned, but Ddol Ddol is definitely friendly and inquisitive. 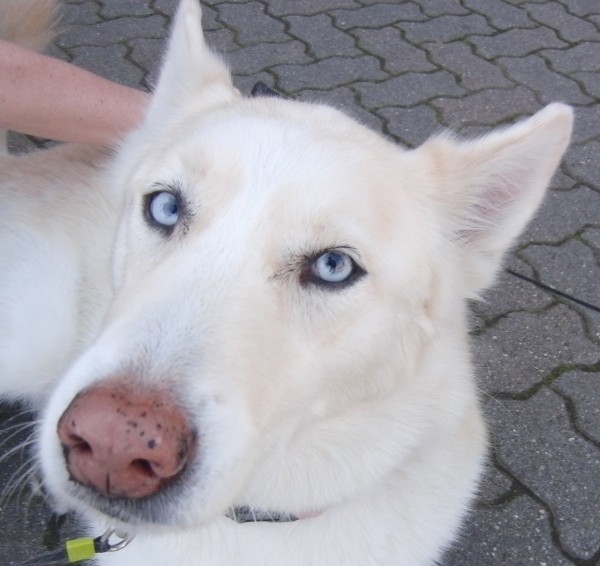 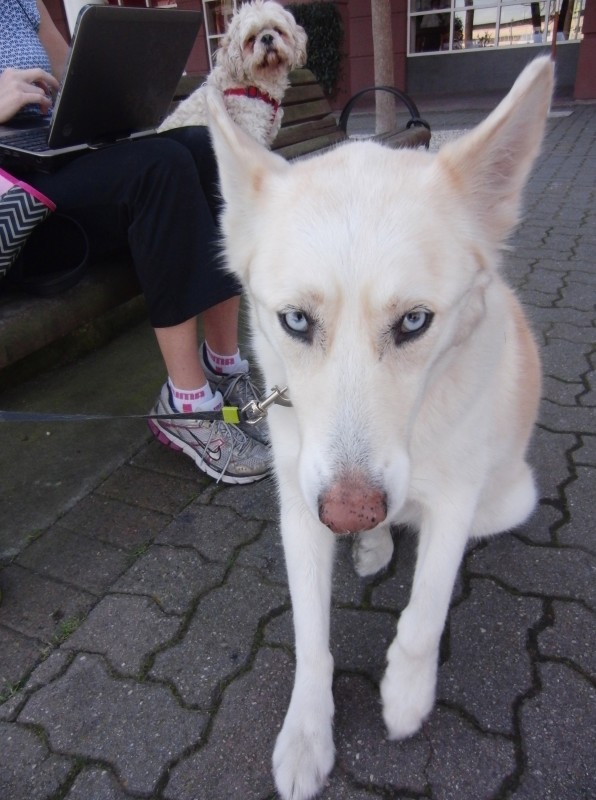 The 'dubious dog' expression always adds about ten apparent IQ points for me. 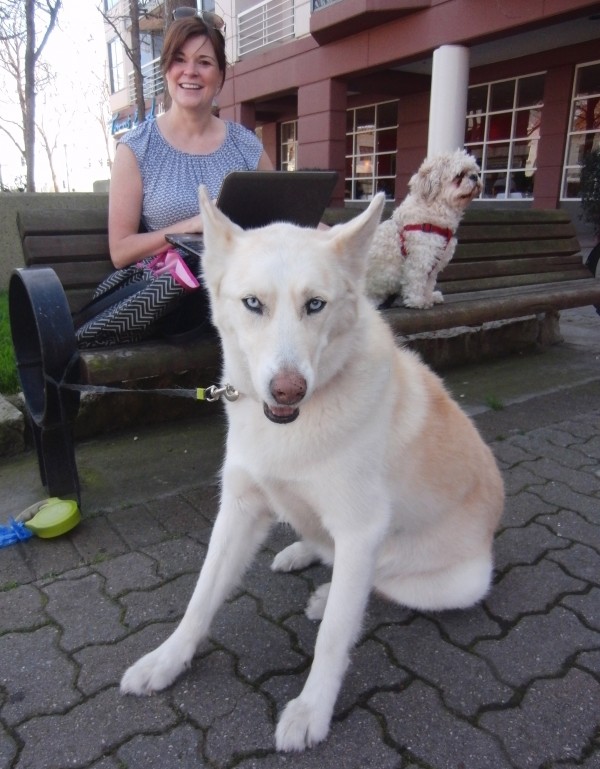 Group shot, with mom! They look like they make a great team.

44 Responses to Double Dog Day: Isatas the Shepherd/Husky (?) and Ddol Ddol the Shih-Tzu