Dog of the Day: Brandy the Golden Retriever

I just ran into Brandy yesterday, but I just had to rush him to press. I actually ran into a whole bunch of awesome dogs yesterday, who will be showing up here shortly: a cuddly 9-month-old min-pin/Jack Russell mix, a Chihuahua/Boston terrier in a bag, an inquisitive bichon/cavalier, and a border collie/springer spaniel with the softest fur ever.

Brandy, though. Brandy’s a 6-year-old golden retriever, but he’s tiny. I almost thought he couldn’t be pure golden. But his attitude is pure gold: he absolutely adores being tied up outside a restaurant on Polk Street, because he gets to watch all the people! And some of those people even stop to pet him! But (and I really wish I had some pictures of this) his favorite thing in the world to do is hold hands. If you pet him, he lifts  up his paw and paws the air like he wants to shake, and if you take his paw, he just mugs and grins like it’s the greatest thing ever. Oh. My. God. So adorable. 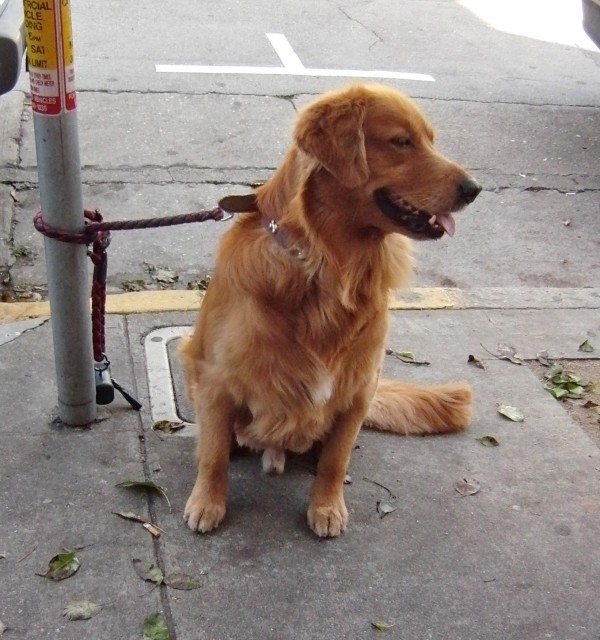 Most goldens are happy a lot, but this guy really ups the wattage. 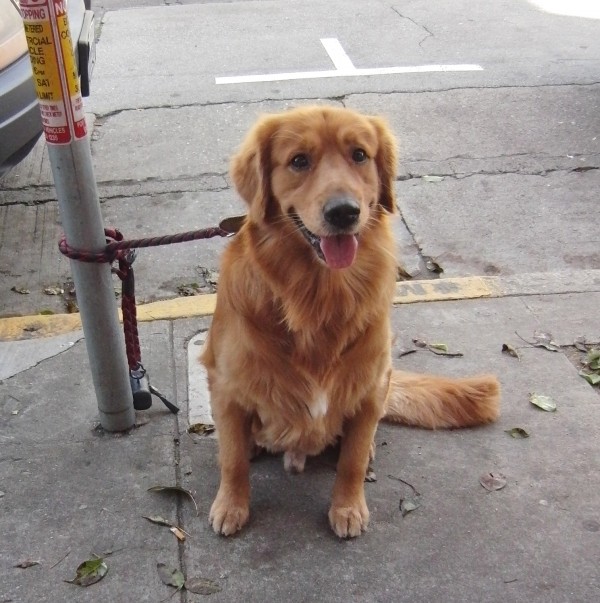 He noticed me. I wish I could claim I deserved that expression but he looks that way at everyone. 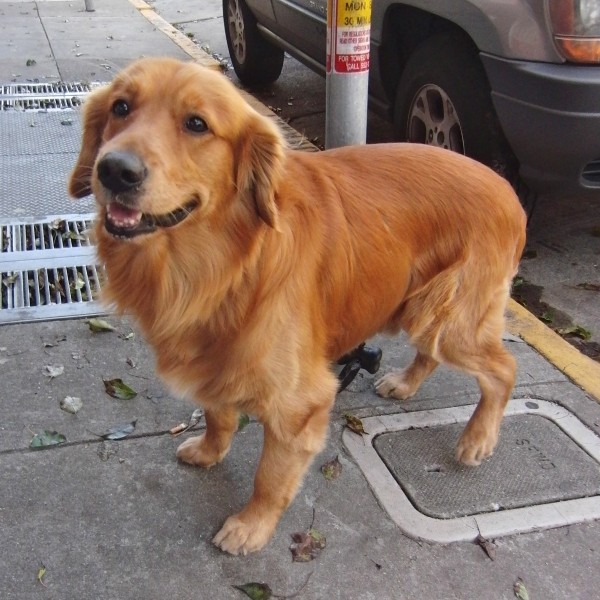 A few seconds before I gave up taking pictures and proceeded to pet the pup.

This entry was posted in Dog of the Day and tagged Golden Retriever, Nob Hill, Polk Street. Bookmark the permalink.

4 Responses to Dog of the Day: Brandy the Golden Retriever