Dog of the Day: Olive the Maltese/Poodle Mix

Olive is in her terrible twos. Which in her case means that she always wants to sit at the big people table and participate in the conversation. 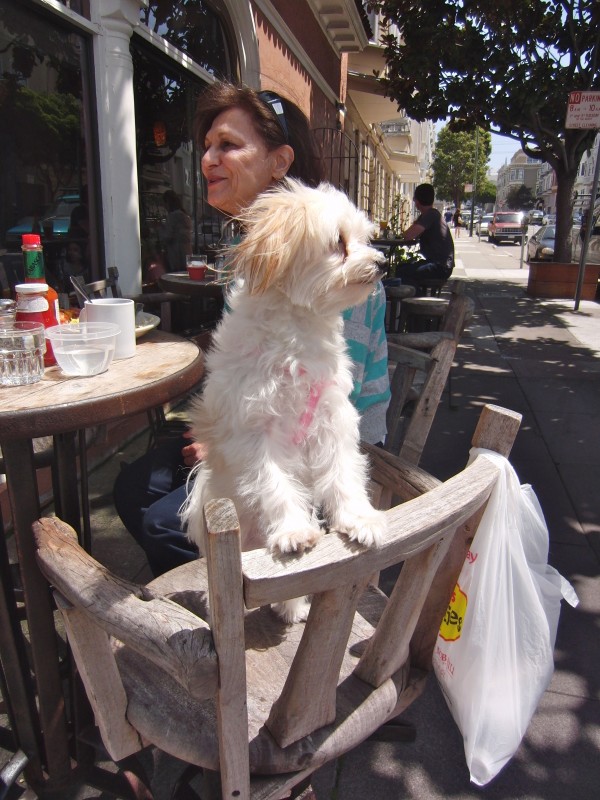 She was quite an obedient dog, actually. Stuck to the chair pretty reliably, despite temptation. 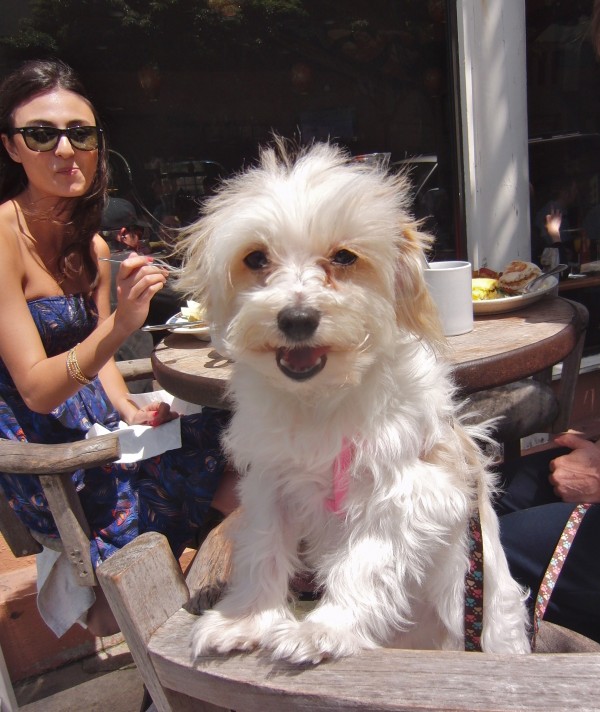 She also, astonishingly enough, was more interested in me than she was in the food on mom's table. 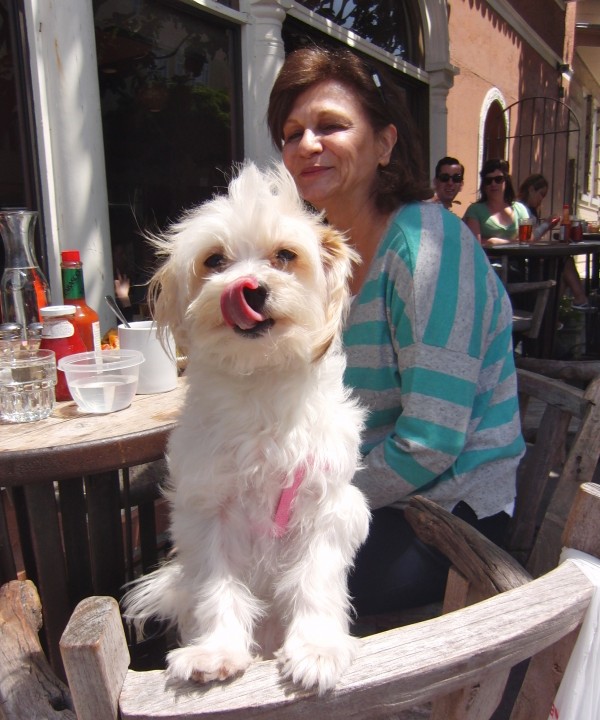 Olive is a kisser. It's amazing her tongue isn't worn down to a nub. 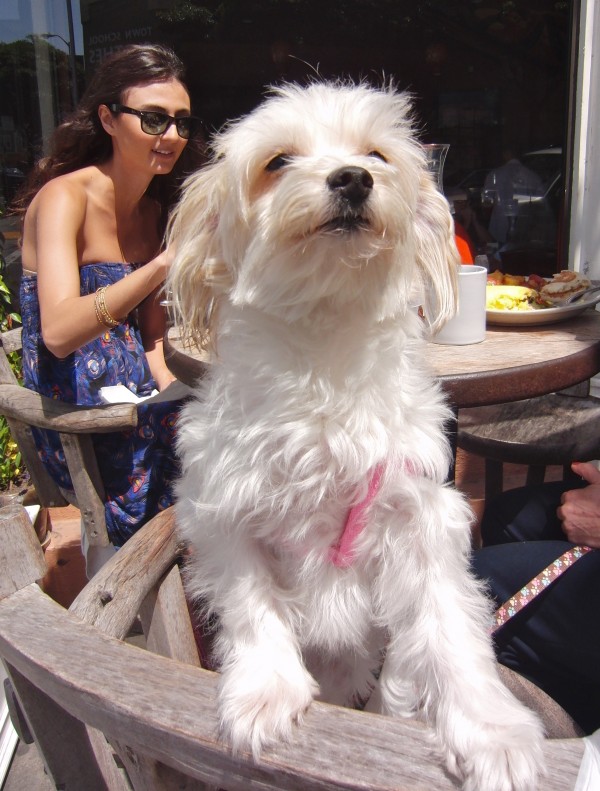 Not even sure what that expression is. 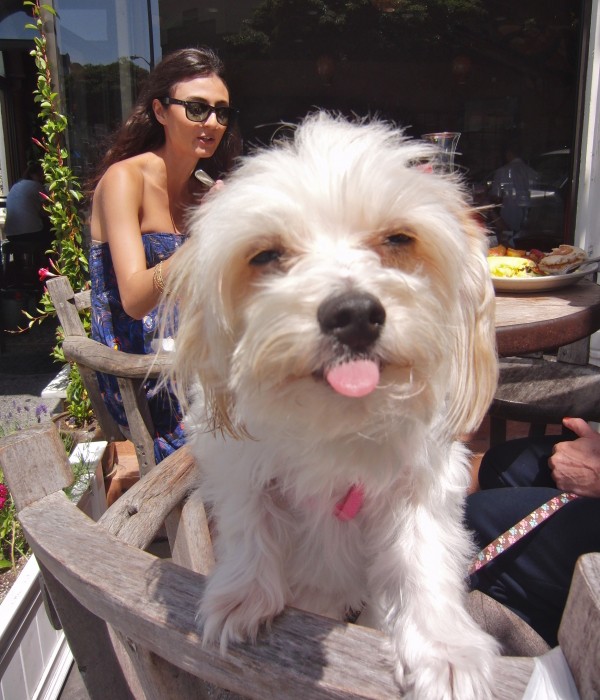 Her biggest failing seems to be a bit of difficulty with spacial relations. 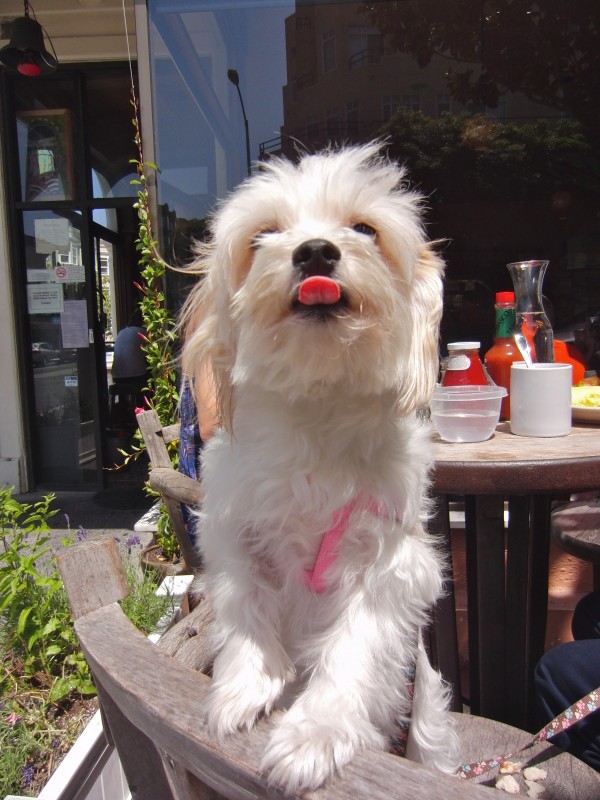 She just didn't seem to be able to figure out that her tongue wasn't long enough to lick me from there.

This entry was posted in Dog of the Day and tagged Maltese, Mixed Breed, Nob Hill, Polk Street, Poodle. Bookmark the permalink.