Dog of the Day: Ginger the Dogue de Bordeaux Puppy

Ginger is the puppy of a friend (and client) of Autumn’s, so I’ve gotten to help dog-sit her a couple times in the last couple of weeks. She is a super-snuggly squirmy stinky ridiculous ball of love with a totally ludicrous snore. Seriously, the video below doesn’t even come close to doing it justice: if you’re sitting on the sofa and she’s sleeping on the other end of it, you can actually feel her snoring vibrating your butt. I hate to think what she’s going to sound like when she gets up to her full weight, which is liable to be 100 to 120 pounds.

And, in unrelated news: either later today or sometime tomorrow, I’m going to post a contest! Don’t worry, it’ll be running for at least a week, so there’s plenty of time. There will be two winners, each of whom will get one of my ‘iPoodle’ t-shirts.

And speaking of t-shirts, I’ve gotten some art from Lisa Sindorf and am working on turning it into another shirt. I don’t want to spoil the surprise so I’ll just tell you that it’s totally awesome.

(Edit: *sigh* Would help if I used the right name.) 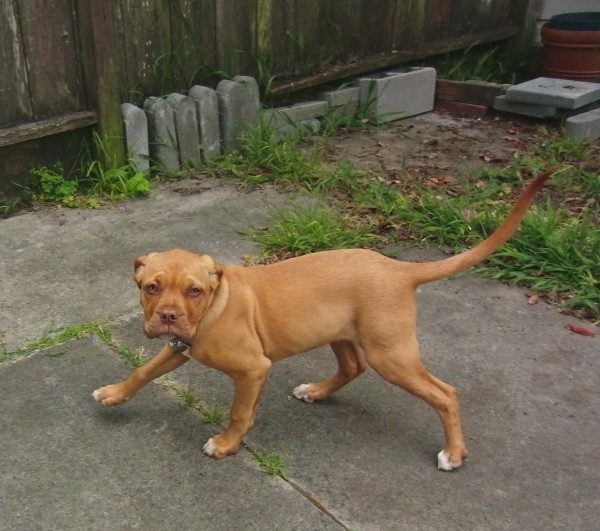 She is an intrepid explorer, even if at the time this was taken she wasn't allowed out of the house/yard until she was fully vaccinated. 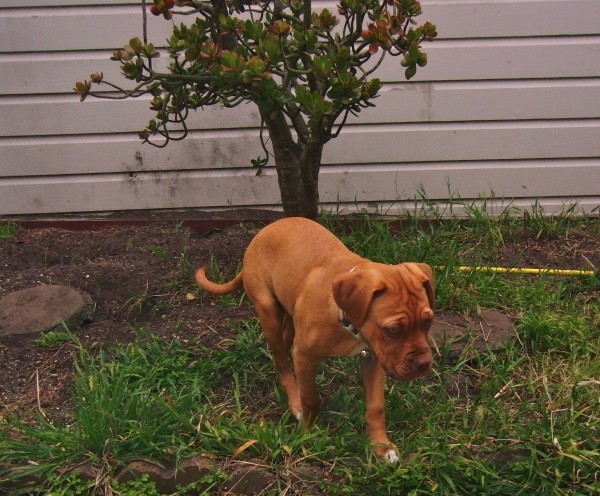 This seems to be her favorite tree. In a few months she is going to be bigger than it is. 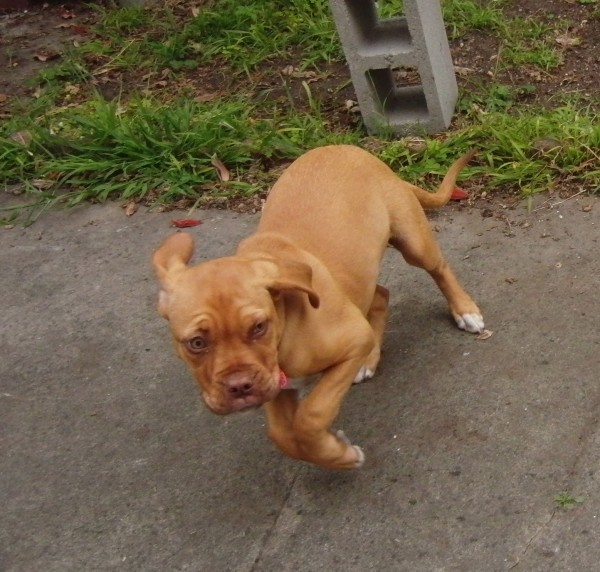 Her ears make flapping sounds when she runs. (Okay, that's a lie. But it's a cute one.) 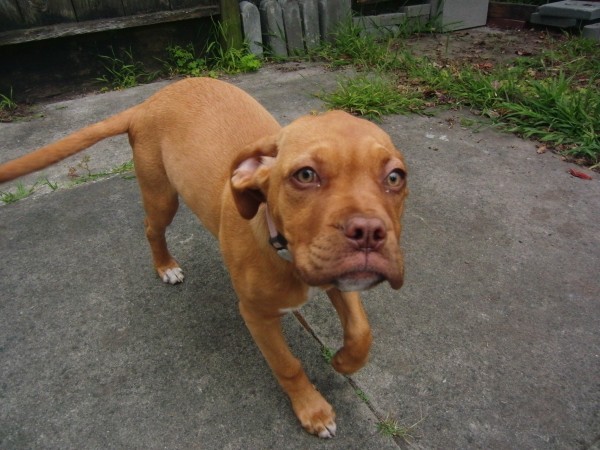 She's a lot less wrinkly than I expected from pictures of French mastiff puppies on the Internet. 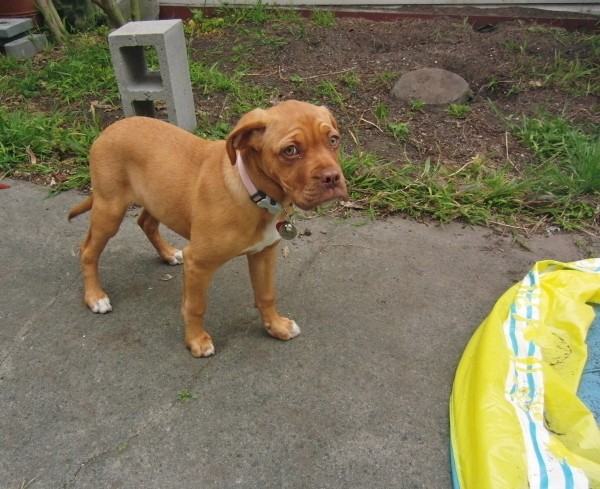 That's her swimming pool. Apparently there was some disagreement on whether to get her an inflatable one or not. They finally did, and she popped it in the first five minutes. Oops. 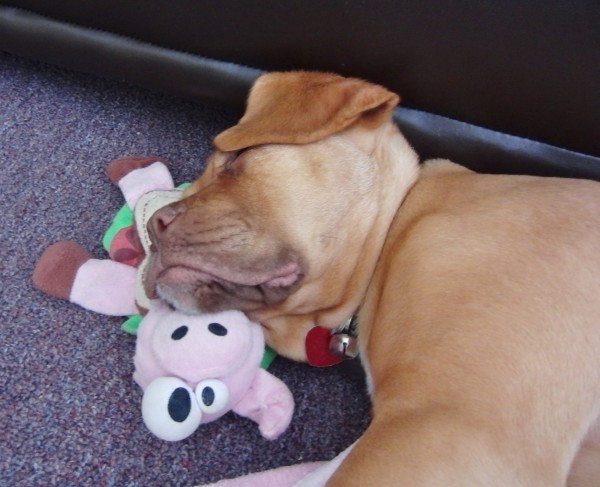 Adorable tableau, even if the stuffed animal is a little on the goofy side. 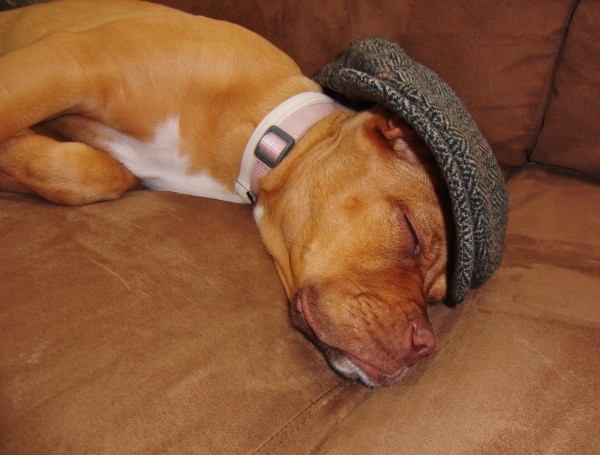 She'll grow into it, I'm sure.

This entry was posted in Dog of the Day and tagged Dogue de Bordeaux, French Mastiff, Puppy, Sunset. Bookmark the permalink.

3 Responses to Dog of the Day: Ginger the Dogue de Bordeaux Puppy