Dog of the Day: Charlie the Finnish Spitz Mix

Another ‘I have no clue’ dog, but Autumn did have a clue on this one: she thinks it’s a golden retriever/collie mix, or maybe an Irish setter/collie. I have no idea. All I know is that I love this dog. He was tied to a fence along the Embark-bark-barkadero, and when I stopped to look at him he turned ‘the look’ on me. So hypnotic. Next thing I knew, I was rubbing his belly, with absolutely no memory of the intervening time.

Oh, and when I got home I discovered that all the dog treats were missing from my backpack. Which was even stranger, because I’d left my backpack at home.

Second, even more awesome, picture, after the break.

Edit: We’re now relatively sure that he’s a Finnish Spitz mix. Also, his name is Charlie, and he’s also featured here and here. 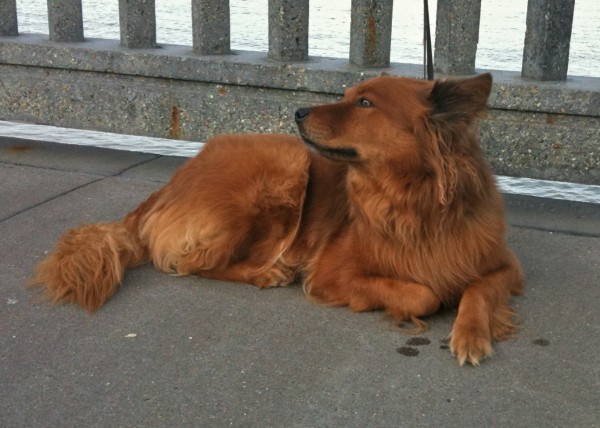 The words for fox in Irish are, literally, 'red dog' ('madra rua'). This must be the one they were thinking of. 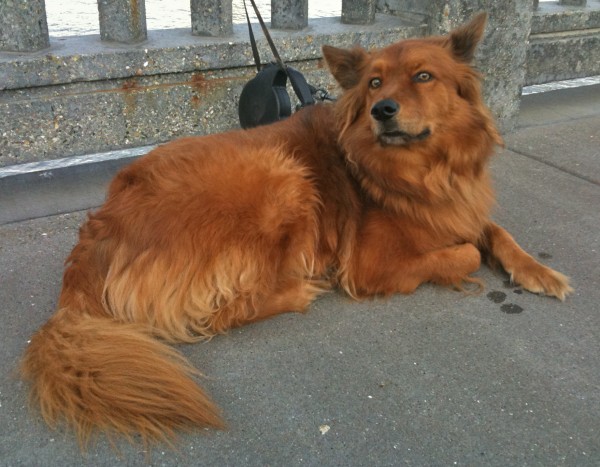 That is the patented border collie 'stare' right there. So maybe he's part border collie, not regular collie? Who knows!

This entry was posted in Dog of the Day and tagged Collie, Golden Retriever, Mixed Breed. Bookmark the permalink.

41 Responses to Dog of the Day: Charlie the Finnish Spitz Mix