I was at the sea music festival at the Hyde Street Pier last Saturday, since Autumn was playing there. (For those of you who don’t know, the Hyde Street Pier is also known as the San Francisco National Maritime Historical Park, and has the distinction of being the smallest National Park in the United States.) And I ran across a kitty, rampaging through the park! Oh the felinity!

And, unlike the majority of wild cats I’ve run into in San Francisco, this one immediately came over and demanded attention. 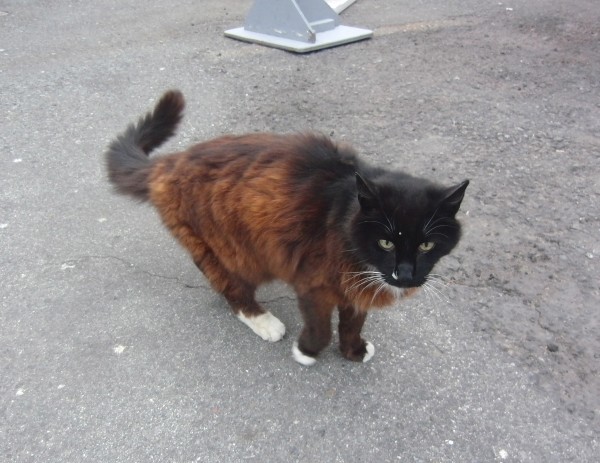 I have never seen a cat with coloration like that before. It’s super-pretty, although it does remind me of my grandparents’ coffee table from when I was a kid. 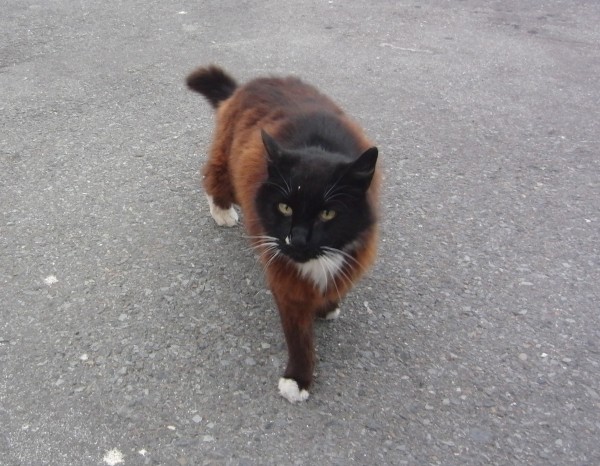 He had some notches on his ears, but seemed pretty healthy over all.