If you remember anything about ‘To Kill A Mockingbird’, you can probably guess why Boo was named the way he was. (I couldn’t, I read it when I was twelve.) He may well be the second dog I’ve posted who was named after a character from the book, with Atticus as the first. (Or possibly he was named after the Greek philosopher? Who knows.) 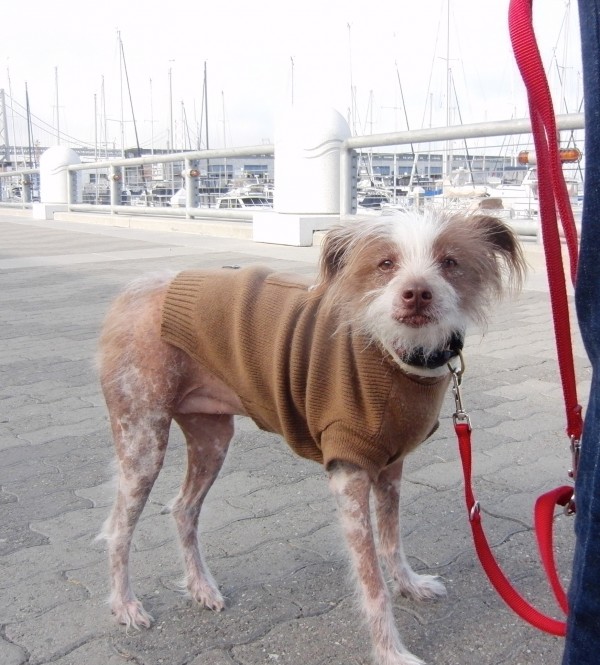 Bet he gets awfully cold in San Francisco, if he goes out without the sweater. 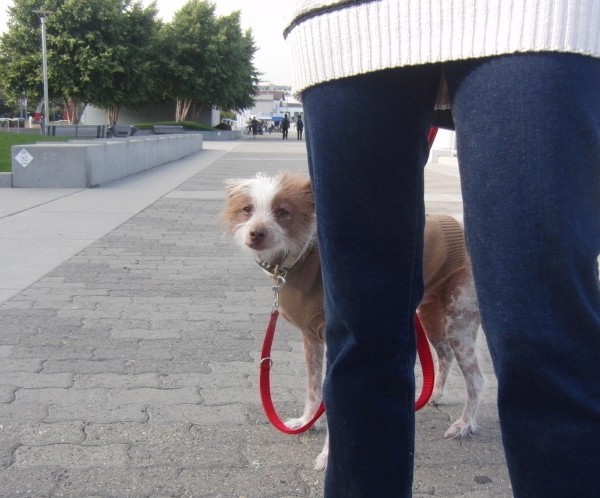 He’s definitely pretty shy… every time I moved into shooting position he went and hid behind mom. 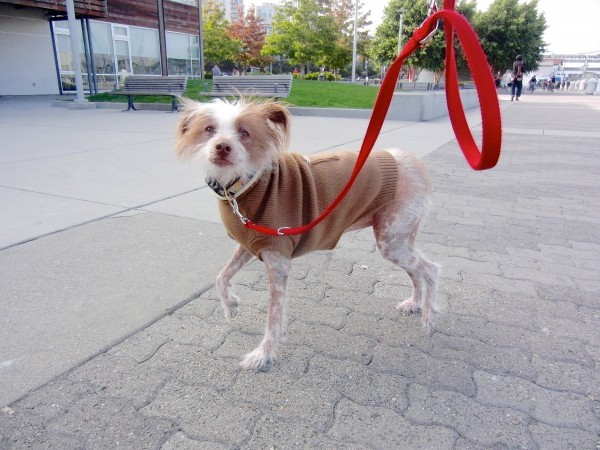 I figured out the Chinese crested part right away. Boo’s mom said that other people usually get the Australian Cattle Dog part, but I would never have figured that out on my own.