I freely admit, I don’t deserve the kind of luck that I got today, when I ran into Mulan and Alexis for the second time in two days! It wasn’t even at the same time, although it was near the same spot. Fortunately, this time it was still daylight outside, and so I got some better pictures… although really, any picture with Mulan and Alexis in it is awesome. 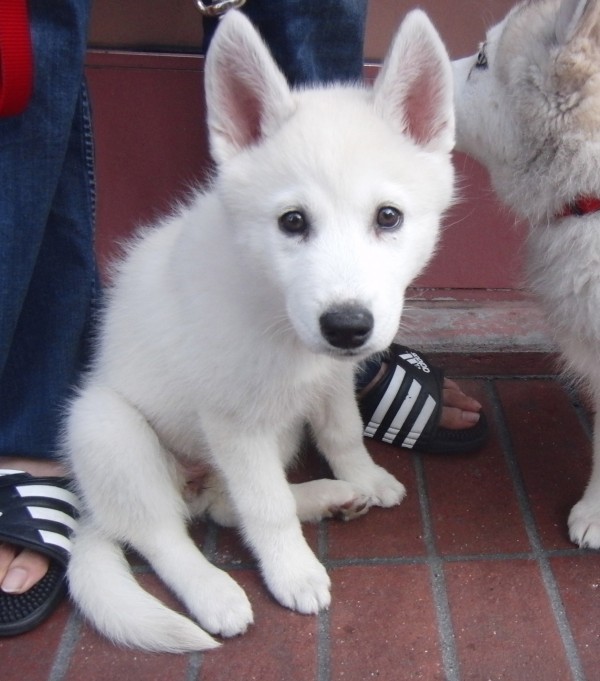 Mulan likes gazing intently at people. She totally looks like a little snow-dog, with those (nearly-) coal-black eyes. 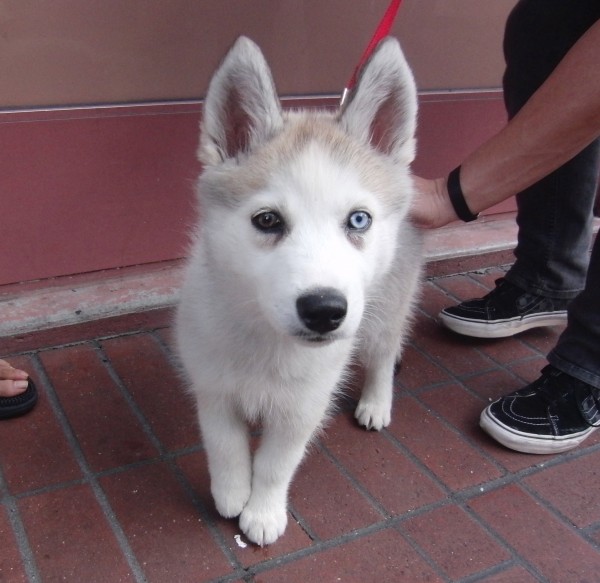 Heterochromia! Also… is that a little… mustache? Because that totally looks like one. 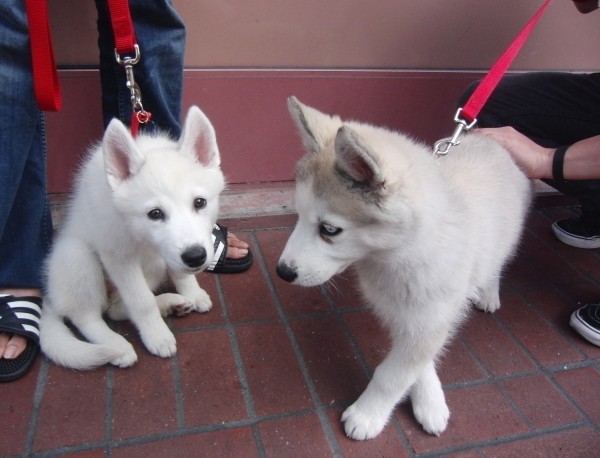 Kind of a defensive-looking posture on the part of Mulan. Probably due to the gaggle of people who were approaching… 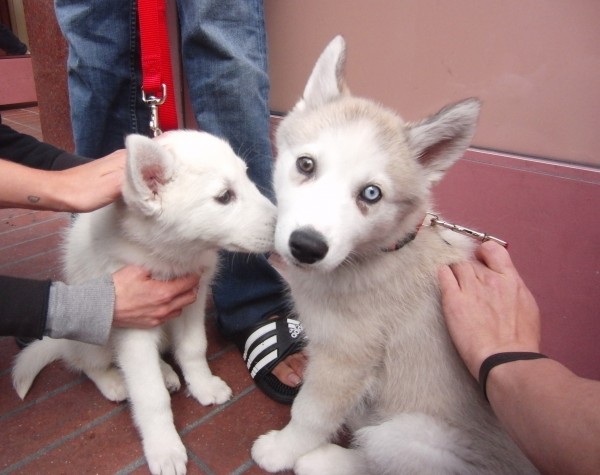 …and converging… and, a few moments later, petting. 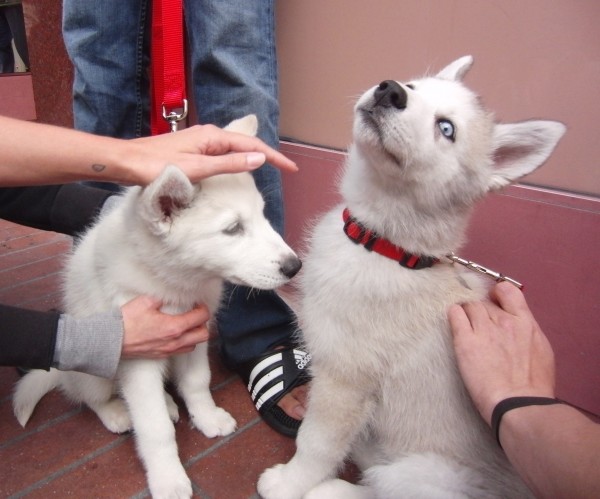 This entry was posted in Dog of the Day and tagged Market Street, Siberian Husky, Union Square. Bookmark the permalink.