I was walking along the Embarcadero the other day when I saw this distinctive little pup. (I think she’s actually still a puppy although I didn’t remember to record her age.) Am I alone in thinking that she has been Marked By Fate For Greater Things?

Her mom says that she and her partner considered naming her ‘Hermione’ but that got squelched because, well, can you imagine yelling ‘HEEEEERE HERMIONE HERMIONE HERMIONE’? Although ‘Hermione Ranger’, or maybe ‘Hairy Potter’, would be pretty awesome names… 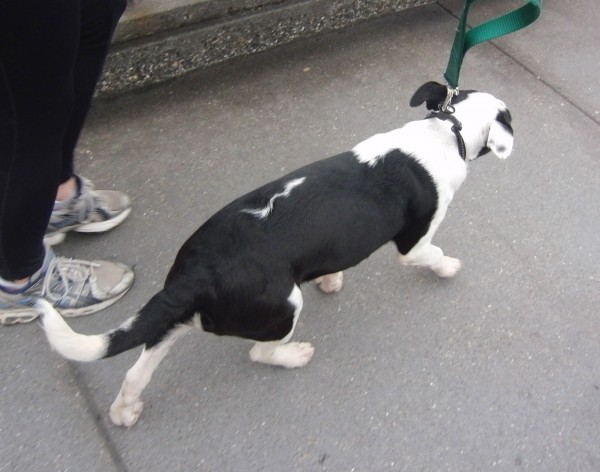 Look at that. I have never seen a marking like that before, and I have seen a LOT of dogs. 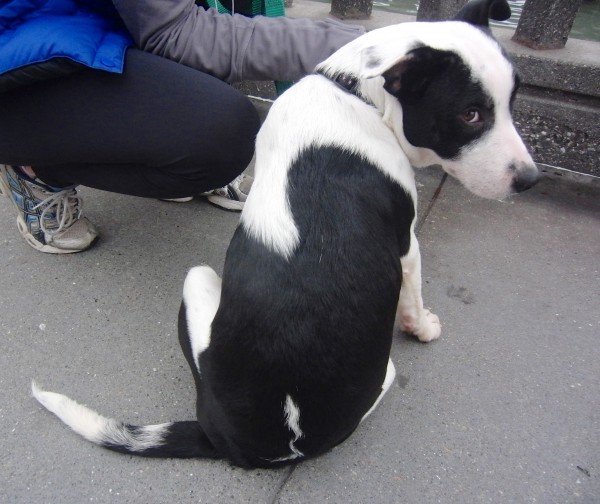 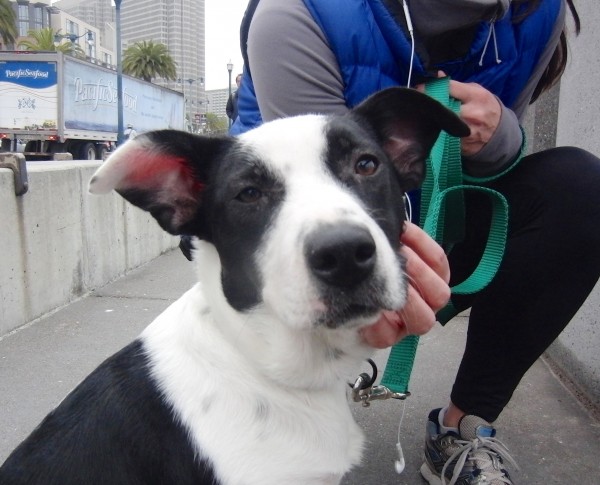 A slightly dubious expression. The translucent pink ear just makes it cuter though. 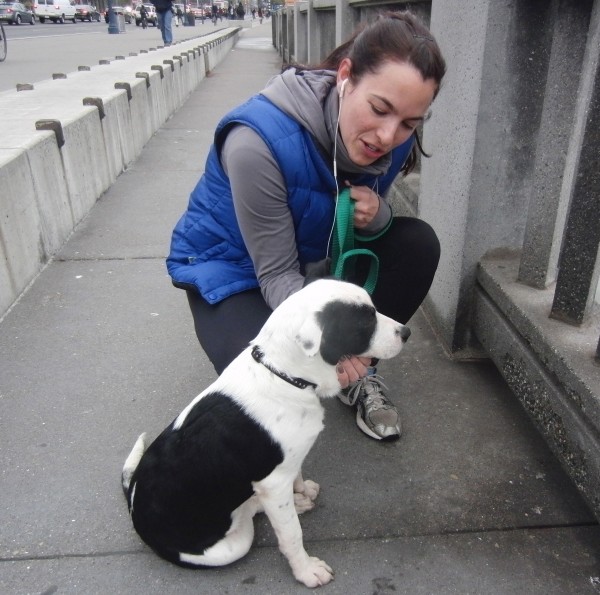 Mookie was pretty tired after a really long walk, so she needed a little pep talk (and some chin skritchies) from mom.

2 Responses to Dog of the Day: Mookie the Magical Pit Bull/Border Collie Mix