Howl-O-Ween Dog of the Day: Verna the … Adorable

I ran into an old friend at Howl-O-Ween: Verna, who we last saw almost 18 months ago, as a puppy. And about whom I said, in a comment, that I was looking forward to seeing her again in a year or two, and seeing how she grew up.

And an astoundingly adorable puppy has grown up into a lovely dog, although she looks a little different than predicted. Maybe Autumn can weigh in on possible breed mixes: I was thinking when I saw her that she looked a lot like a Finnish spitz now, but looking at the pictures and some Finnish spitz pictures I don’t think so, so much. Her fur looks golden-retriever-ish, but those ears. And she’s pretty petite, too.

(I have more Howl-O-Ween pictures, and will continue to post them, but I thought Verna deserved her own Dog Day.)

I’m going to tack one of her puppy pictures on at the end, for comparison’s sake. And because they were so adorable. This one is one I haven’t posted before, and I’ve been playing adjustments to it in my new toy, Apple’s ‘Aperture’ software package. SO MANY KNOBS. I’ve gotten used to working in iPhoto, but it turns out that as you get over thirty thousand photos in your library, iPhoto starts getting a little iffy. And besides… knobs. Need more knobs! 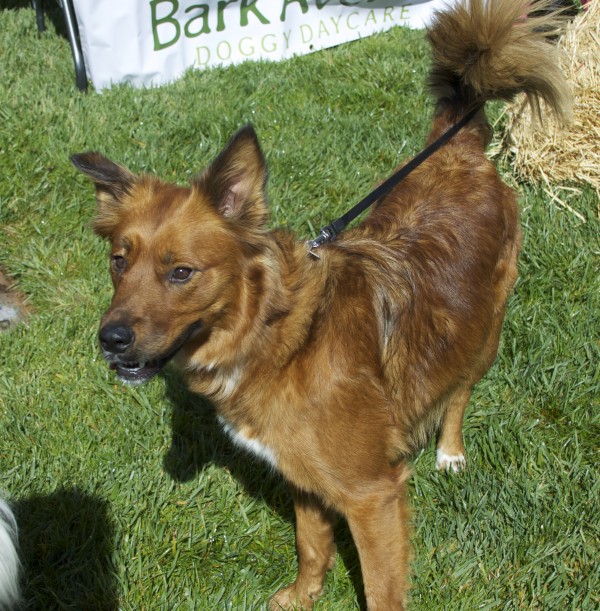 Verna has grown up to be a gorgeous dog, and seems just as happy as she was when I met her as a pup. 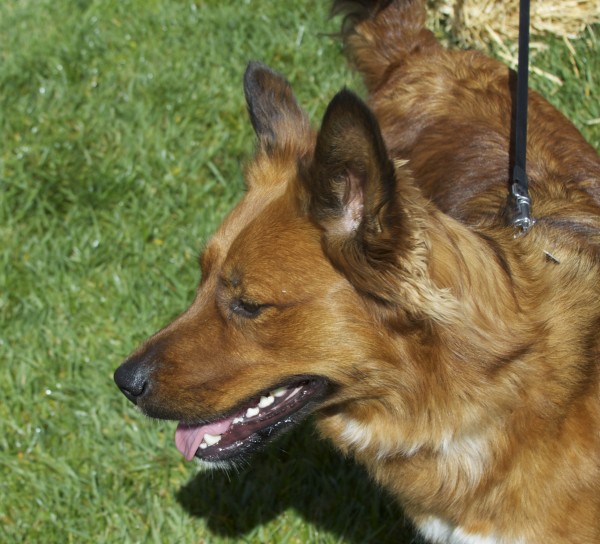 Good teeth! Someone has a quality dog-dentist. 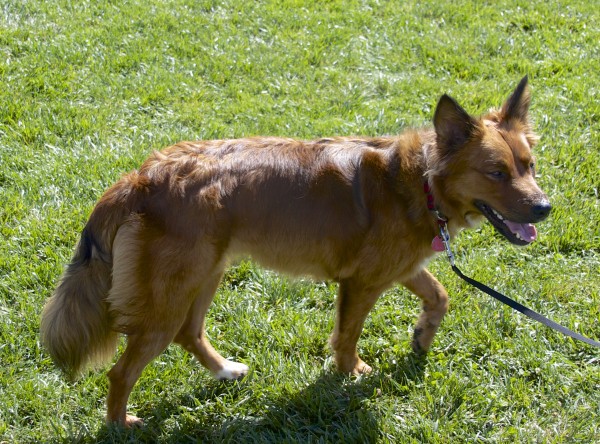 I think if I had the patience, with all the new knobs Aperture has, I could fix the contrast in this picture. I don’t, quite, but this isn’t too too bad. 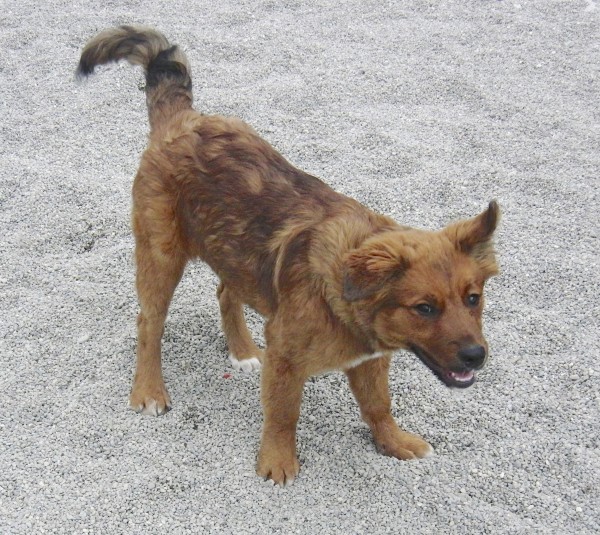 The puppy picture. Man, she’s totally adorable, then and now.

This entry was posted in Dog of the Day and tagged Mission Bay, SOMA, Unknown Mixed Breed. Bookmark the permalink.