So, I ran into this guy in Dolores Park. He was gallivanting around when I stopped to watch. The guy who was throwing the frisbees saw me watching and put on a little show. First he threw the dog four frisbees, and the dog caught all four. Note what I didn’t mention: dropping them. This is because he didn’t. He caught all four in his mouth, without dropping any in between. Then the guy yelled, ‘okay, drop them!’ and he did. And the guy threw three more and told him to drop them in between, and he did. Then the guy yells, ‘Okay, bring ’em back!’ and the dog gathers up four of them in his mouth and carries them back, and then runs back and gets the other three or four and carries them back.

Second picture, after the break. 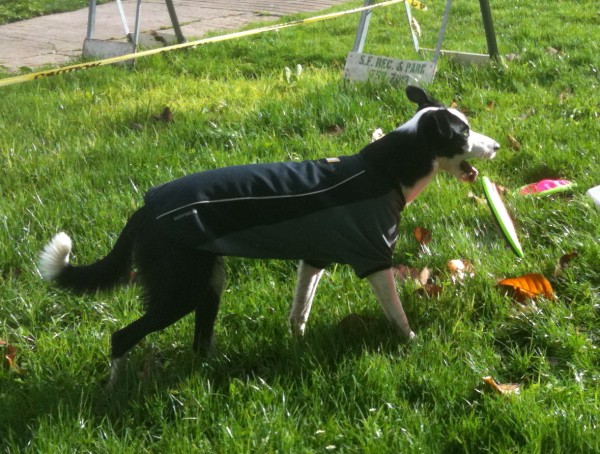 This snap was taken a split second after the command 'drop it!' I love the expression on the dog. 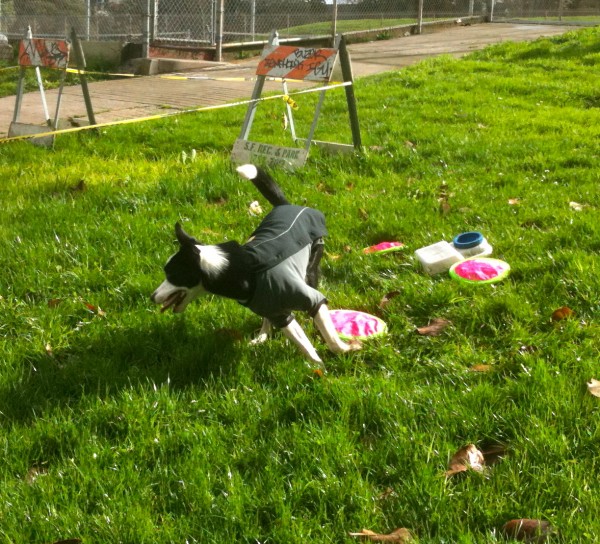 And now he's running off to catch another one. And yes, that thing in his mouth is his tongue.

This entry was posted in Dog of the Day and tagged Border Collie. Bookmark the permalink.