Dog of the Day: Zachary The Elusive Laundry Dog

Zachary is one of Autumn’s and my favorite Dogs of San Francisco, and yet we’ve never yet seen him on the blog. Why is that? Well, it’s because we only ever see Zachary late at night, at one of the local laundromats, on weekends or Thursday nights. We have to be passing at just the right time, and even if we are, it’s just too dark to get decent pictures. (It seems that the owner of the laundromat takes care of Zachary on weekends, apparently including Fridays.)

Zachary is awesome. He can often be found sitting in one of the chairs, and waving at everybody who walks by, in the hopes that one of them will pet him. If he hasn’t been told to sit in the chair, he roams the laundromat until he hears someone at the door, and then comes to greet them with many kisses and wags of the tail. And then he proceeds to be as happy as an animal can manage all around (and all over!) them. Totally adorable. But of course he never goes outside, because he is a smart and well-trained dog.

Third thing in this post is a video. Sorry about the quality, but I was holding my phone over my head when I took it. Still, it can’t be too bad, because it has Zachary in it. 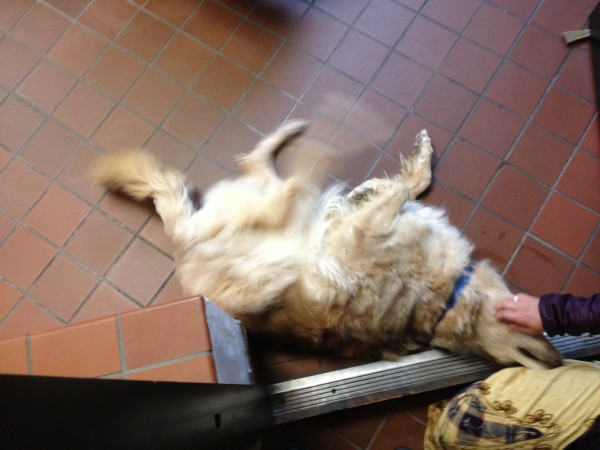 Yes, that moving blur is Zachary’s left hind leg. Pet him for around 3 seconds and this is the scene that results. And if you don’t, he’ll beg you until you do. But in a dignified manner. 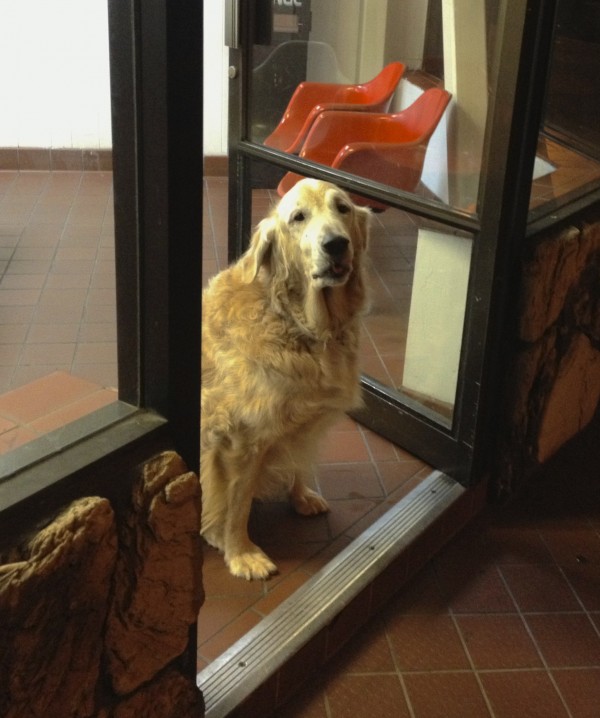 Zachary sees us off with his best puppy-dog eyes. It’s hard to leave without being tempted into ‘just one more belly rub’.

This entry was posted in Dog of the Day and tagged Golden Retriever, Laundry Dog, Near Home, Nob Hill. Bookmark the permalink.

1 Response to Dog of the Day: Zachary The Elusive Laundry Dog