Someone is just itching to show off his new wheels!

Sad news: my camera, which has been more or less my constant companion for the last 22 months, has bitten the big one. It wasn’t dropped… it just stopped focusing, first intermittently, then constantly. It’s just as well… I’d managed to scratch the lens rather badly, resulting in the softness in the center of the frame that a couple of you have noticed over the past few months. So I’ll be replacing it soon. (I thought it was still under warrantee via my credit card’s warrantee extension, but apparently Visa changed the program, removing it from my credit card, a few years ago. Argh.)

In the mean time, I’ll mostly be posting stuff from my back catalog. I only have roughly 20,000 dog pictures of roughly 1000 dogs, so I’m in danger of running out sometime in 2015 if I don’t get a camera by then! 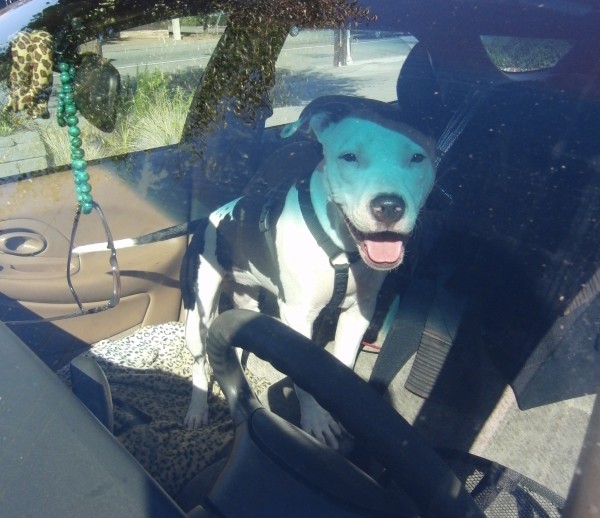 Someone was just tickled pink to see us, even though we couldn’t actually pet him. 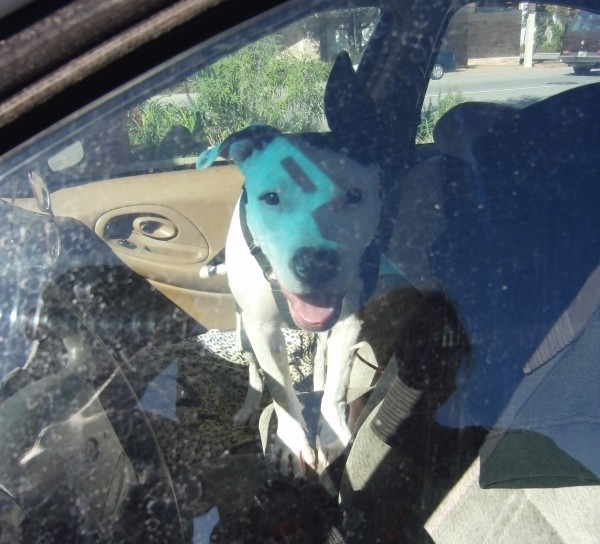 This entry was posted in Dog of the Day and tagged American Pit Bull Terrier, Monterey. Bookmark the permalink.

2 Responses to Dog of the Day: Pit Bull Driver