Autumn did a little busking in a BART station on Friday, and I went down to meet her. On the way, I met several of San Francisco’s finest… dogs, that is. They’re bomb-sniffing dogs, so they deserve all the treats and belly-rubs they get! (Although I have to wonder if any of them have ever, you know, had to deal with a bomb? I’d think I’d hear about things like that if they happened.) 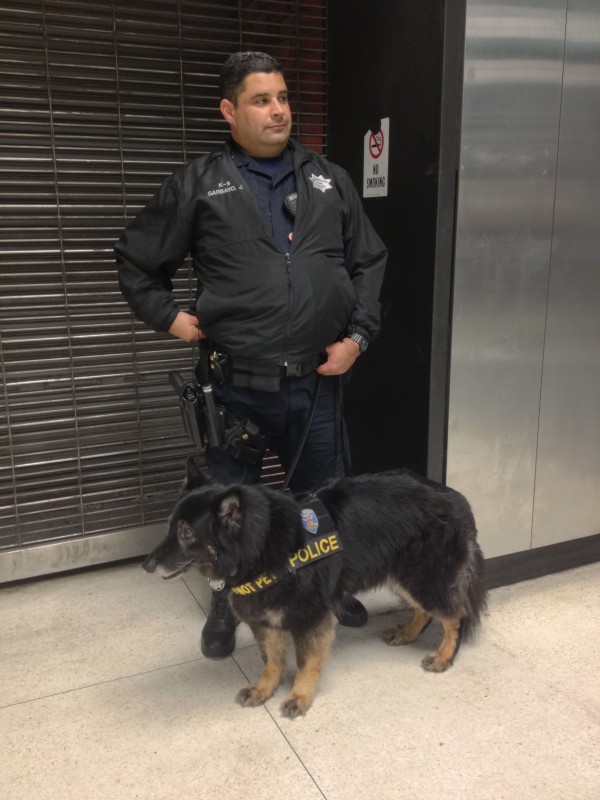 Autumn thought this pup was a Belgian malinois, but it turns out to be a long-haired German shepherd. 8 years old, and gorgeous. 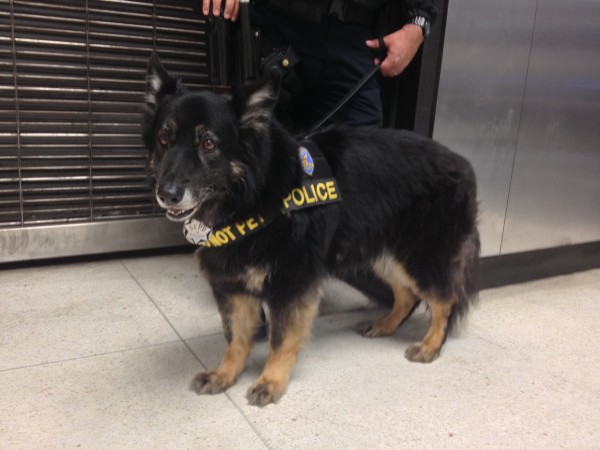 The police and their pups were out in force. I’m sure part of it was being extra careful because of the crowds, but it’s also great PR. 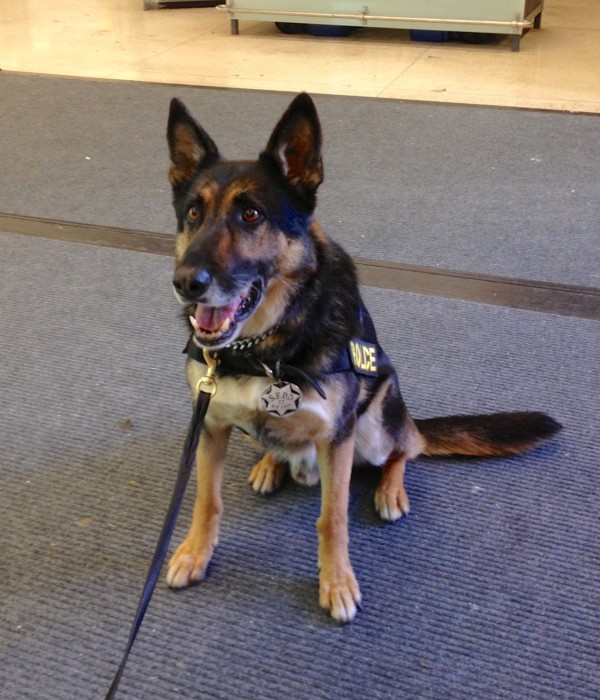 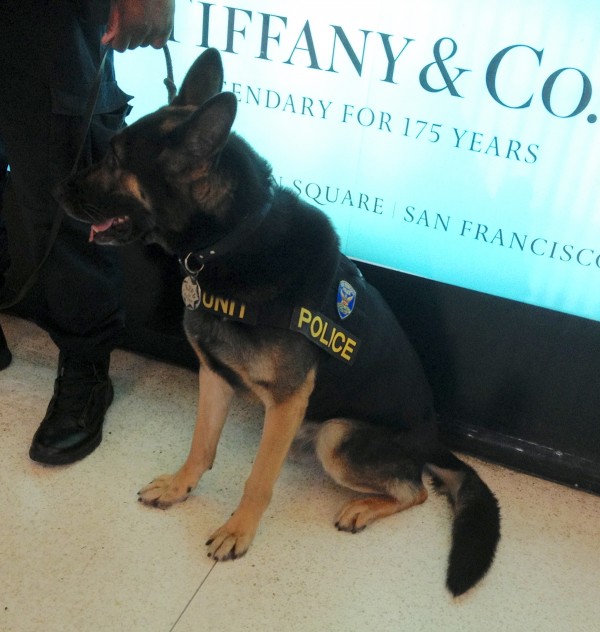 Autumn kept hoping that one of them would notice the treats in her backpack and come on over. That’s one way to alleviate the boredom, I guess! 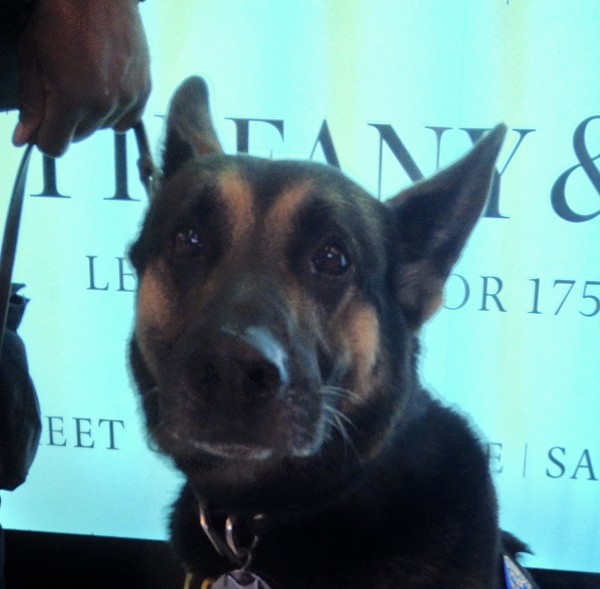 This one just kept looking like he wanted a hug. No fair police dogs being off-limits for petting.

This entry was posted in Dog of the Day and tagged German Shepherd, Market Street, Police Dog, Union Square. Bookmark the permalink.

3 Responses to Multi-Dog Day: The Police Dogs of San Francisco