Dog of the Day: Namo the Cardigan Welsh Corgi

Namo is apparently often found in Kiehl’s, a cosmetics-and-stuff store on Fillmore Street. His name is apparently part of a Buddhist prayer (‘Namo Buddhaya’, or ‘salutation to the Buddha’, if I’m reading this right.) I don’t know, corgis never struck me as the most serene of animals, although Cardigans are definitely closer to that than Pembrokes are. 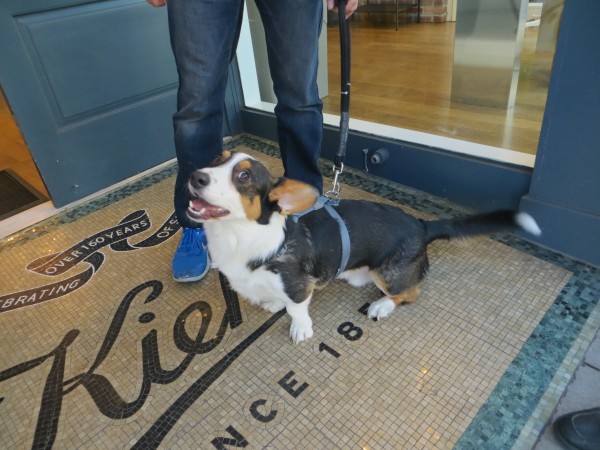 Whatever he’s named for, he sure makes a good store ambassador. He led about five people into the store. Including me. 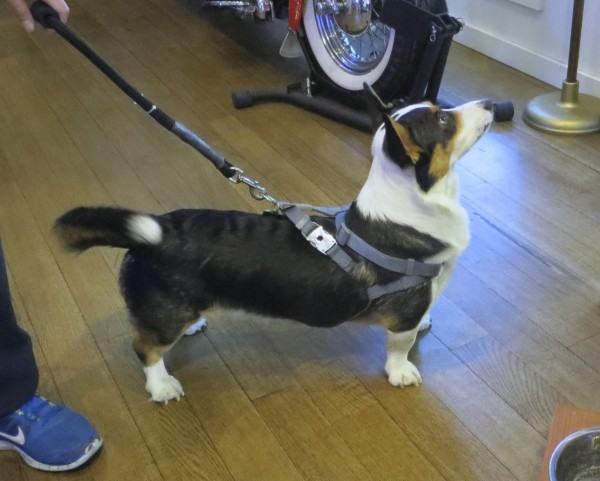 They had treats waiting for him behind the counter. Frequent visitor indeed!

This entry was posted in Dog of the Day and tagged Cardigan Welsh Corgi, Fillmore Street, Pacific Heights. Bookmark the permalink.

2 Responses to Dog of the Day: Namo the Cardigan Welsh Corgi