Wilma is one of the most distinctive dogs I’ve posted on DoSF, and the pictures of her and the Dane and humongous poodle (which turns out to be a German shepherd/poodle mix!) are some of my favorites. I ran into her again near the end of last year, and I am ashamed that I haven’t posted these until now.

Wilma’s dad says that she is a collie/border terrier mix. I’m not 100% convinced, but I’ll take his word for it… for now. He also says that she’s very lady-like, which I can confirm… when she’s not leaping around playing with other dogs, or sniffing butts. 🙂 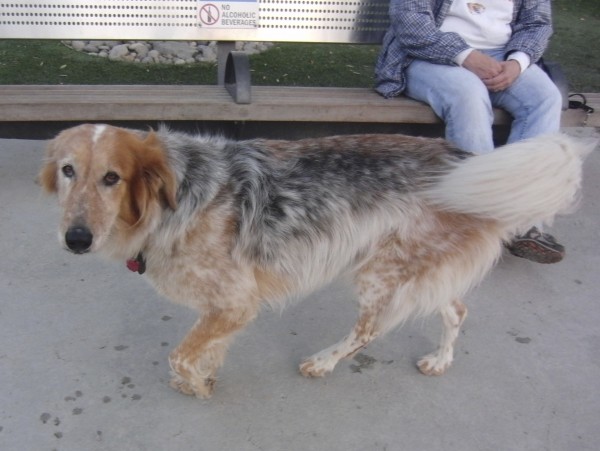 She has got that puppydog eyes thing so mastered that she can charm people without even thinking about it. 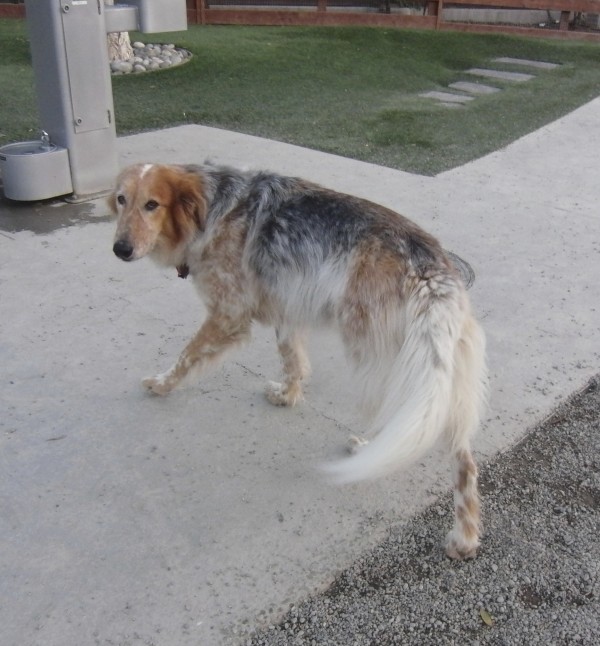 See what I mean? She has that expression in most of her pictures. 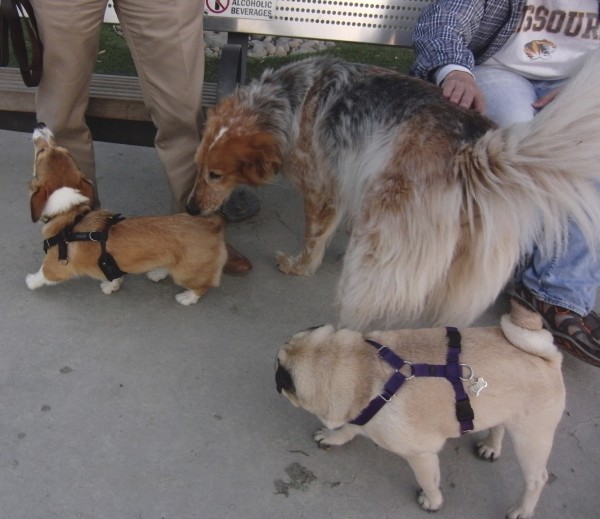 Yes, that is a corgi butt. You will be seeing the rest of the corgi after old home week is over. 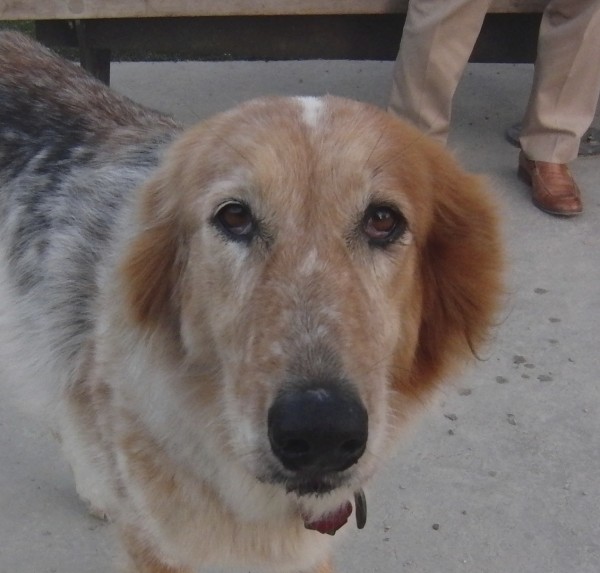 I thought you had to pick ONE merle, either red or blue. But she looks like red AND blue merle. 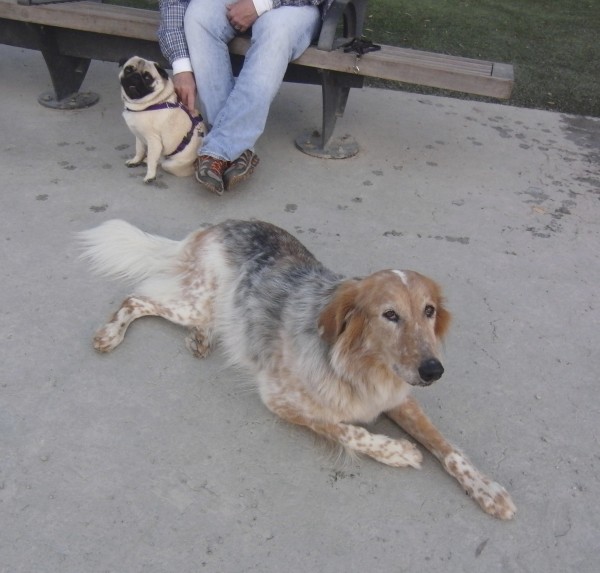