So I was walking along the Million Dog March route, and twice I ran into this woman who was walking two dalmatians. They did the entire route (3 miles) by running back and forth and forward and back and around in circles, barking madly and having a blast. And then I ran into them as they were leaving and they were just as energetic as they had been earlier. I don’t know what she feeds these dogs, but I want some!

Of course… taking pictures of dogs doing that presents a certain amount of … difficulty. 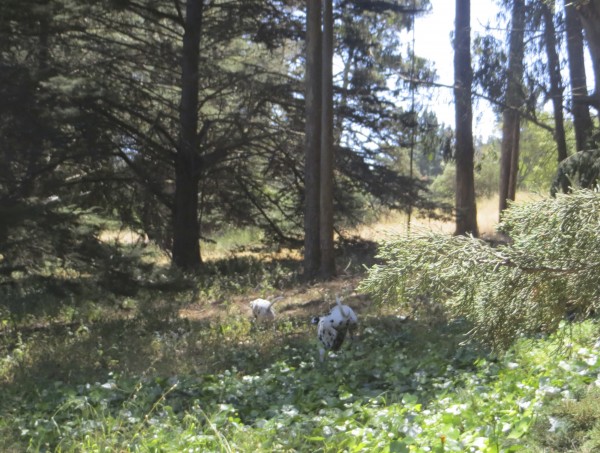 “Oh there they are I’ll just get my camera up and… and… dammit.” 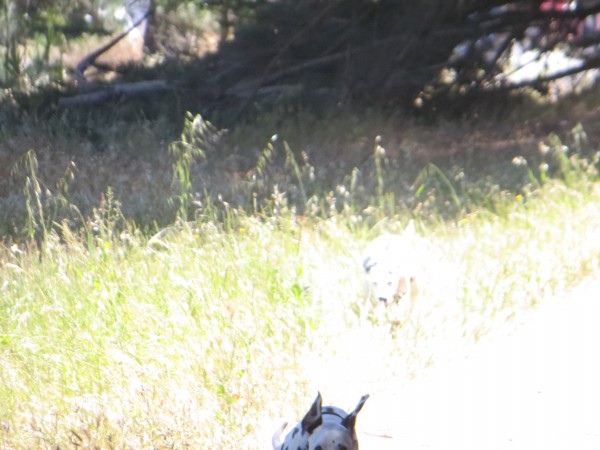 “Oh here comes one I just need to… dammit.” 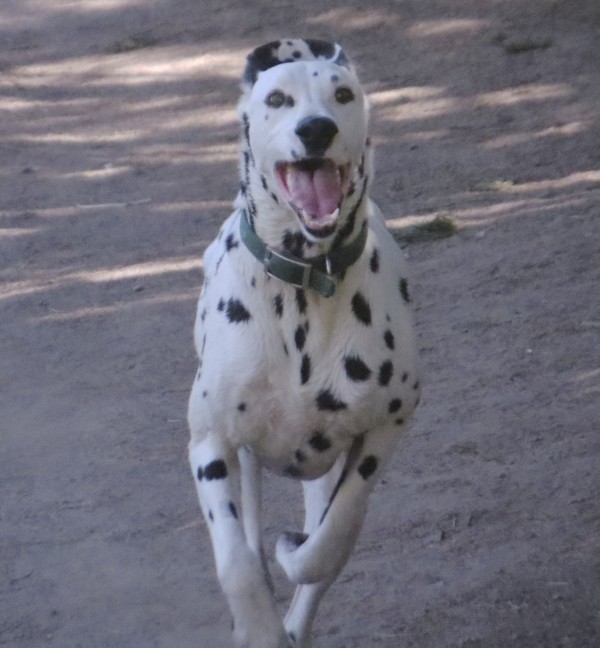 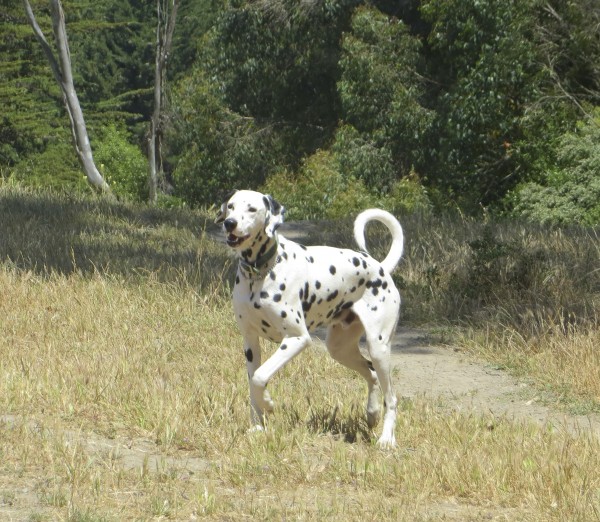 This one stopped for a good… four seconds. 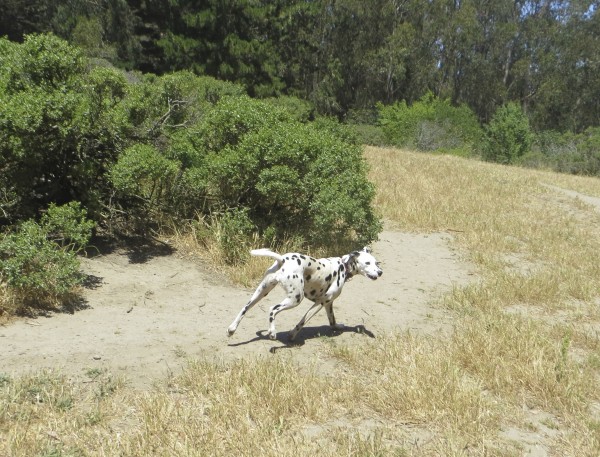 And then promptly galloped off again.

This entry was posted in Dog of the Day and tagged Dalmatian, Excelsior, McLaren Park, Million Dog March. Bookmark the permalink.