It’s a cardigan-again! I think, with the three from Monday and one from today, that I have now posted nearly as many cardigans this week as I have the entire history of the blog. You just don’t see that many of these guys around, which is a real shame.

I ran into Barclay on the way to work, on a rainy day (a real rarity for June.) Most of my pictures didn’t come out, so I shamelessly hit up his mom for a few from her. She also forwarded me this story, which I post in the interest of perhaps saving a few corgis from a terrible fate:

You should know that about 4 months ago, Barclay had to have spinal surgery for a ruptured spinal disk. Turns out he has fragile disk syndrome (or degenerative disk disease). Maybe his story can help other corgis and their people avoid the paralysis that can occur if you don’t act quickly.
At first, I noticed that he no longer wanted to jump up on things, like the sofa, and he didn’t like standing on his hind legs. I called Barclay’s orthopedist, who said it sounded like a neurological problem, because it affected both legs. He suggested I take Barclay to my vet for a full check up, and everything my nonspecialist vet checked was fine, including Barclay’s gait when walking.
Well, I kept an eye on him after that, and 4 days later, Barclay started to lose function of his hind limbs, with one foot dragging behind him. I almost lost it. I had to search around for a veterinary neurologist who could give me an appointment right away, because this condition needs to be caught immediately or paralysis can ensue. I finally found Dr. Carrie Jurney, in the inner sunset (near 9th and Irving). She took Barclay right away, confirmed the issue as best she could with an exam, took him for an MRI in Redwood City (there is no animal MRI in SF believe it or not), and she operated on him that night.
And that is what you have to do to prevent your beloved pet from being very compromised or paralyzed.

So, corgi owners: keep an eye on those back legs. (And also on the rest of your corgi. Because ALL of your corgi is adorable.) 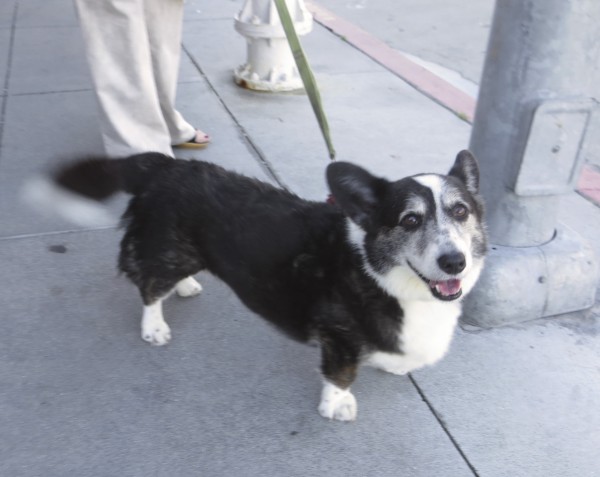 Wagwagwag. (Barclay is almost 8, and is a super-happy dawg.) 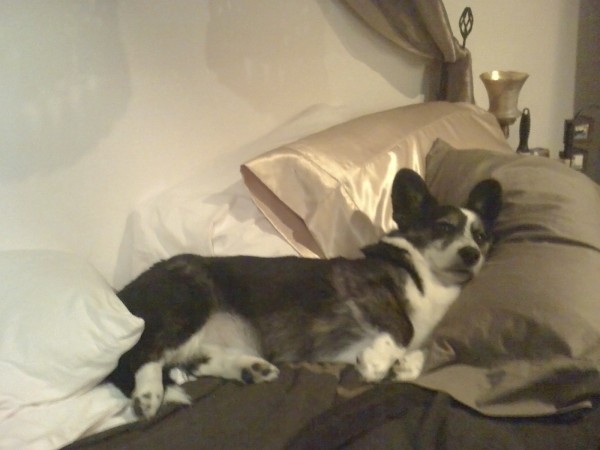 Oops, we interrupted a snooze. 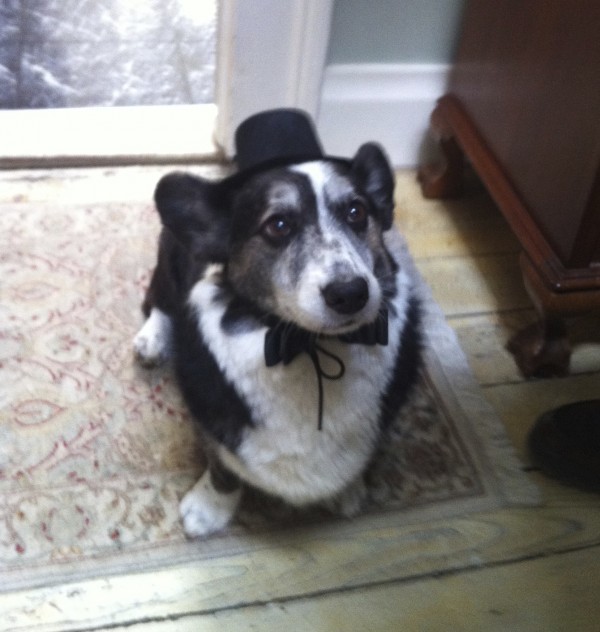 He and Watson should totally get together and host a formal dog-party. 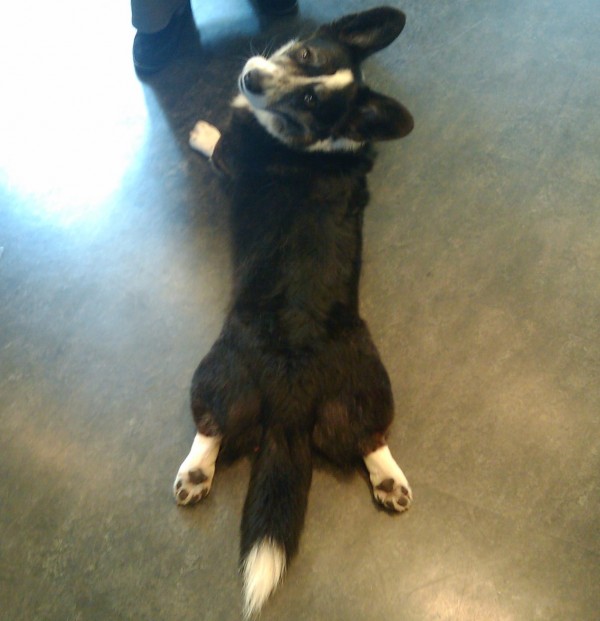 I always suspected that the ‘bunny-butt’ position was just as cute with a tail as without, but here we have our first confirmation!

This entry was posted in Dog of the Day and tagged Cardigan Welsh Corgi, SOMA. Bookmark the permalink.